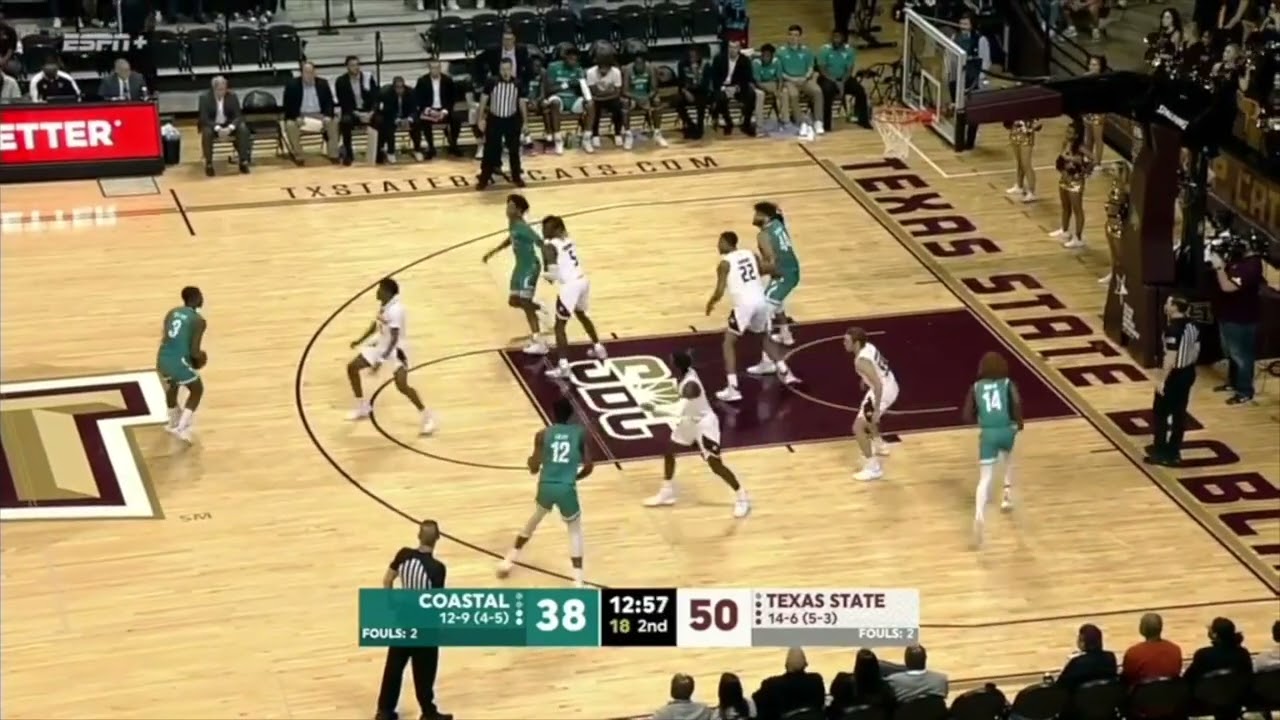 PROVO — Finally, some good news for BYU basketball out of the transfer portal.

After nearly a half-dozen defections or portal entries from the 2021-22 BYU basketball team, the Cougars earned the commitment of Coastal Carolina guard Rudi Williams out of the revolving door of transfers, the fifth-year prospect announced Saturday. Williams is a fifth-year senior with stops in junior college and Kansas State prior to spending last season at Coastal.

The 6-foot-2, 190-pound native of Hamilton, Ontario, committed to BYU over a top-eight selection that also included UConn, Cal, San Diego State, Butler, George Mason, Wichita State and Xavier prior to signing a financial aid agreement to complete his final season of eligibility in Provo.

Williams spent last season at Coastal Carolina, where he shot 50.9% from the field and 44.7% from 3-point range while leading the Chanticleers to a 19-14 overall record and the championship game of The Basketball Classic.

The fifth-year guard who played just one season at Coastal Carolina, averaging 14.7 points, 4.2 rebounds and 3.2 assists per game, was well-traveled, with stops in the Big 12 after a junior college career in Oklahoma.

Williams started his career at Northeastern Oklahoma A&M, where he averaged 21 points on 51% shooting in 24 games as a sophomore. An NJCAA All-American, Williams averaged 21 points, 8.9 assists and 6.7 rebounds per game as a sophomore en route to region player of the year honors. In two years of JUCO basketball, Williams totaled 24 double-doubles and six triple-doubles, including four with 20 or more points.

A year later, Williams opted for Kansas State, where the Canadian hooper averaged just 5.0 points and 2.0 rebounds in limited playing time across 27 games, including four starts, shooting a career-low 40% from the field and adding 69, 37 assists and 11 steals.

You don't gotta like it but you gon feel it…CougNation let's Roc🐱🔵 #Committedpic.twitter.com/1V3Ke7To5K

That sent Williams to Conway, South Carolina, where senior was named to the All-Tournament Team of The Basketball Classic after 20.8 points in the tournament en route to a title tilt loss to Fresno State.

"We recruited (Williams) out of junior college and then he got great experience in the Big 12 last season," Coastal Carolina coach Cliff Ellis said after signing the NJCAA top-five finisher in total assists and assists per game for two seasons. "Rudi is a natural leader on the court who can really score and pass. He just has a really good basketball IQ."

Williams was part of a long list of transfer prospects from the portal scouted by BYU coach Mark Pope, a group topped Detroit Mercy scorer Antoine Davis, who will announce his next destination Monday, and former Louisville commit Frederick King, who ultimately committed to Creighton.

As many as five BYU basketball players were in the transfer portal during the offseason portal activity, which closed May 1 for any athlete desiring to be immediately eligible for the 2022-21 season. That includes Gavin Baxter, who followed assistant coach Chris Burgess to Utah; and Caleb Lohner, who announced he was relocating closer to his home state of Texas to play for Scott Drew at Baylor; as well as former Timpview guards Hunter Erickson and Nate Hansen and Olympus' Jeremy DowDell.

Gideon George also entered the transfer portal while he was testing the NBA draft waters, but the senior from Minna, Nigeria has opted to return to BYU for his final season of eligibility.