Utah moves up to 11 in CFP, BYU slips to 13 as 4-team College Football Playoff set 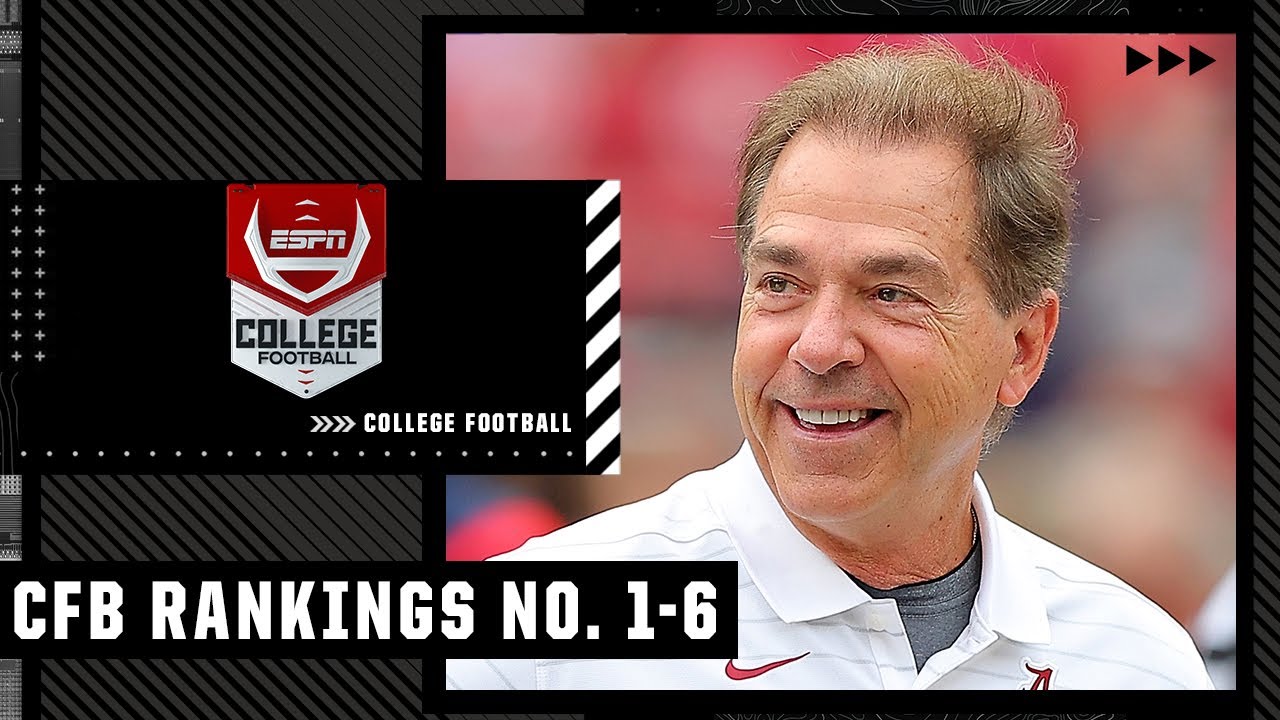 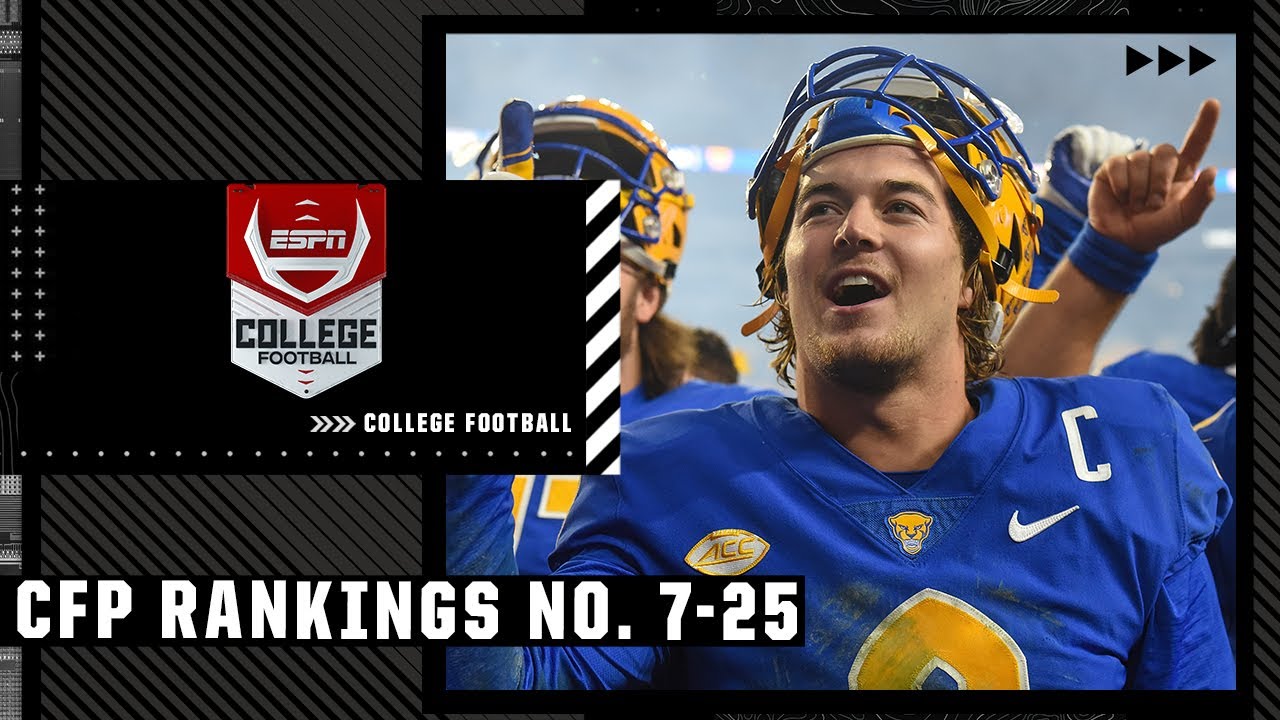 SALT LAKE CITY — The Utes are Pac-12 champions for the first time in program history, and back in the top 10.

Coming on the heels of its second rout of the season of Oregon in Las Vegas, the University of Utah moved up four spots to a season-high No. 10 in the Associated Press Top 25, coming in just ahead of No. 12 BYU.

The Cougars may hold the "head-to-head tiebreaker" over the 10-3 Utes, but tiebreakers don't matter on idle weeks when conference championships are contested — and the Utes looked the part Friday night in clinching their first Rose Bowl appearance in program history.

BYU stayed at No. 12 for the second consecutive week inside the top 12, but remained by No. 11 Michigan State. But as every college football fan knows, after October, the only rankings that matter are run by the College Football Playoff selection committee.

In that poll, which was released midway through ESPN's four-hour College Football Playoff selection show, the Cougars slipped up while the Utes continued to rise.

Utah shot up to No. 11 in the CFP's estimation, and BYU lost a spot to No. 13, trailing ACC champion Pittsburgh at No. 12. The Utes and Panthers punched New Year's Six Bowl berths with league titles, making the lowest-ranked at-large berth Michigan State. The No. 10 Spartans will play Pitt in the Peach Bowl on New Year's Eve.

"They would've had to pass Michigan State," CFP selection committee chair Gary Barta told ESPN of BYU, "and then Utah and Pittsburgh got in because of their conference championships."

"The committee spent time valuing the rankings. We went down and put the highest rank and moved all the way through. We came up with Notre Dame and Oklahoma State playing in the Fiesta Bowl, and for the Peach Bowl, putting Michigan State and Pittsburgh."

Barta elaborated on BYU's one-spot drop on a conference call with college football media, a move that pushed the Cougars outside the top-12 and far from New Year's Six bowl contention — as limited as the chance may have been — and into the Independence Bowl against UAB.

"The committee all year long has had a lot of respect and admiration for what BYU has done, the season that they've had," Barta said. "The two teams that are ahead of them both won conference championships over the weekend, Utah and Pittsburgh. Utah did lose head-to-head early on in the season to BYU, but Utah went through a quarterback change when Rising came in, and since him being added to their lineup and since that change, Utah has gone on to win nine of 10 and in that stretch in the last three weeks has not only beaten a good Oregon team but beaten them soundly.

"It's that combination of things that placed Utah ahead of BYU and also Pittsburgh ahead of BYU. But again, the committee thinks very highly of the season that BYU had."

Geography played a role in the bowl games, but not the pairing, Barta said of the NY6 bowls.

"We talked a lot about what's the best way to go about this, and we felt strongly that the most fair way to go forward was to take — to use our rankings as the determination," he said. "We went in order of the way that they were ranked, so Notre Dame was at 5, Oklahoma State was at 9, so those two were paired together, and then Michigan State was at 10 and Pittsburgh was 12, so those two were paired together.

"Then we considered geography for which bowl to send each of those pairings to, and we sort of moved the West and the Midwest to the Phoenix area and then moved those teams that were a little bit further east to the ACC country and to the East coast. That's how we went about it."

Alabama (12-1) moved up to No. 1 after dismantling Georgia in the SEC championship game and handing the Bulldogs their first loss of the year. Michigan (12-1) is No. 2, followed by Georgia and undefeated Cincinnati, with Notre Dame (11-1) rounding out the top five.

The same top four will meet in the College Football Playoff, with No. 1 Alabama playing undefeated Cincinnati in the Cotton Bowl and No. 2 Michigan taking on Georgia in the Orange Bowl. The Bearcats (13-0) are the first team from the Group of Five conferences to advance to the playoff in the four-team era, and the first team from the American Athletic Conference to finish 13-0 since UCF in 2017.

"Cincinnati is the last remaining undefeated team in the country," Barta told ESPN. "They just won a conference championship, beat Notre Dame at Notre Dame, which is next in line.

"There was a strong consensus that Cincinnati comes in at No. 4."

Cincinnati coach Luke Fickell told ESPN that the Bearcats never focused on "breaking a glass ceiling" or making history for the G5. They just tried to keep winning, and knew results would eventually come.

That attitude remains as they move into the Playoff against the consensus top-ranked team in the country.

"We try to stay focused on us, and what this is about," Fickell said. "I can't say that I've studied much of anything that (Alabama) has done, but watching from afar at times, you know they are a great football team. Everyone talks about their offense, but coach over there has a great defense, as well."

Barring a total change to the bowl selection process, No. 6 Ohio State will take the Big Ten's automatic berth in the Rose Bowl with Michigan's Playoff selection, while No. 5 Notre Dame (11-1) will receive an at-large berth to a New Year's Six bowl. Under regular selection guidelines, the Buckeyes will face Utah at 3 p.m. MT Jan. 1 at 3 p.m. in the Granddaddy of Them All on ESPN.

Big 12 champion Baylor also clinched a spot in the Sugar Bowl, which is contracted to pair together a Big 12 and SEC team. The Bears (11-2) are one of two teams nationally with wins over the Cougars, whose 10-2 record includes a 6-1 mark against the Power Five and a perfect 5-0 record against the Pac-12. Boise State (7-5) is the other.

The Utes also surged up six spots in the USA Today Coaches Poll to No. 11 and climbed to No. 11 in the National Football Foundation's Super 16. BYU stayed at No. 13 in the official poll of the Football Writers' Association of America, and No. 14 in the Coaches Poll.

Utah State, which handled San Diego State in the Mountain West championship game to clinch a spot in the inaugural Jimmy Kimmel LA Bowl against Oregon State, is just outside the rankings with 109 total votes — unofficially 26th in the AP poll. The Aggies also received 85 votes in the Coaches Poll, unofficially 27th.

See the complete CFP final rankings below, with AP rankings listed next to each team below, or click here.