Utes surge up rankings to No. 16 after Oregon blowout, joining No. 13 BYU 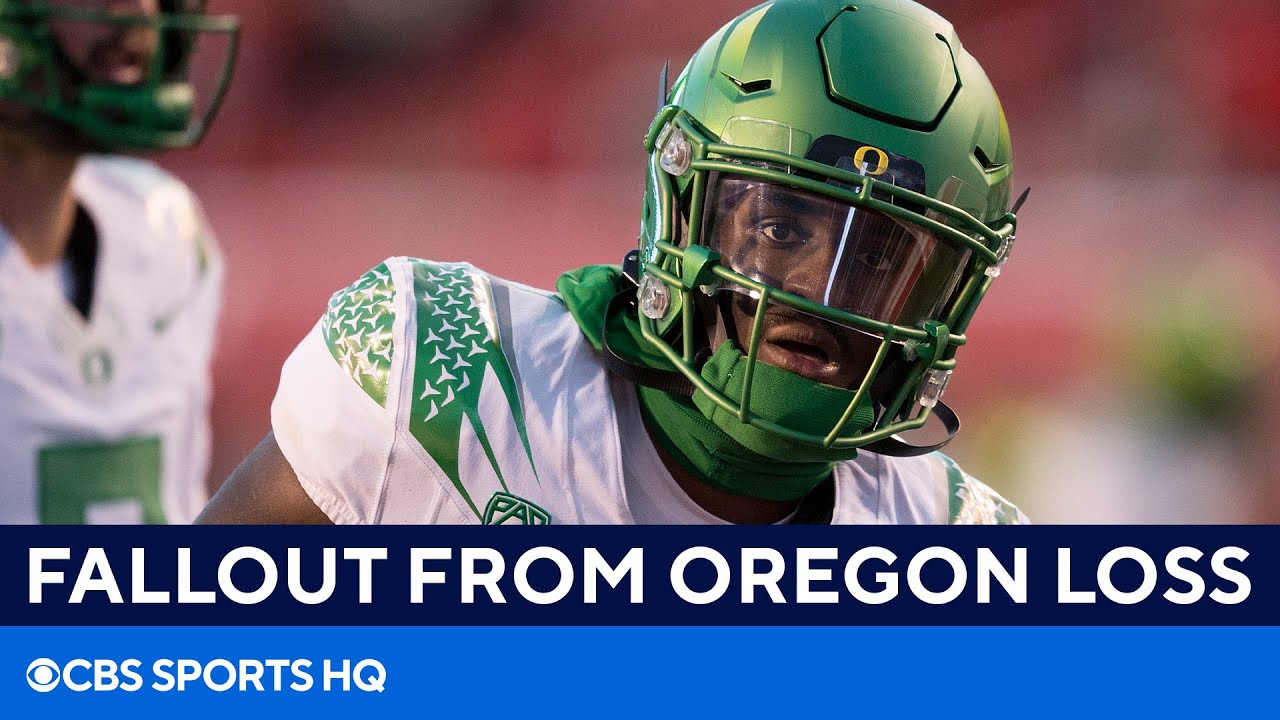 CFP Implications from No. 3 Oregon's loss to No. 23 Utah | CBS Sports HQ

SALT LAKE CITY — Tired: two teams from Utah are ranked in the Top 25.

Wired: two teams from Utah are ranked in the Top 20.

The University of Utah took control of its college football destiny Saturday night, securing its third Pac-12 South title in four years while handing Oregon its second loss of the year and likely eliminating the Pac-12 from College Football Playoff discussion to set up a winner-take-all Rose Bowl matchup in two weeks against one of three potential opponents from the North division.

Utah surged up eight spots to No. 16 in the latest Associated Press Top 25, joining No. 13 BYU in representing the Beehive State.

BYU was ranked 15th by the coaches after a 34-17 win at Georgia Southern that included flying burritos and kneeling in victory formation in the red zone following a second-half shutout. The Cougars (9-2) also inched up one spot in the National Football Foundation's Super 16 to No. 13 in the official poll of the Football Writers Association of America that has Utah just outside at No. 17 with 78 votes.

BYU ends the regular season at USC, with a chance to go 5-0 against the Pac-12 with a win over the 4-6 Trojans that just lost 62-33 to crosstown rival UCLA.

For the sixth time in the eight-year history of the CFP, the Pac-12 is unlikely to have a team in it after the Utes upended Oregon in front of the largest crowd to ever view a college football game at Rice-Eccles Stadium.

The Utes will make their third Pac-12 title game appearance in four seasons — three straight, if you don't count the half-season played in 2020 during the COVID-19 pandemic — when they line up Dec. 3 in Las Vegas. Oregon — which dropped to No. 11 in the AP Top 25 — will join them with a win over Oregon State in the final week of the regular season.

Georgia is once again the unanimous No. 1 team by the AP, followed by Ohio State at No. 2 after dismantling previously No. 7 Michigan State 56-7. Alabama, which clinched a spot in the SEC championship game opposite the Bulldogs, is No. 3 after a narrow win over Arkansas, followed by No. 4 Cincinnati. Notre Dame (10-1) rounds out the top five.

How's that for style points?

Cincinnati ends the regular season with a Black Friday road game at East Carolina before advancing to the American Athletic Conference title game against No. 17 Houston.

If you can't see the complete AP Top 25 below, click here.