Fardaws Aimaq went for a double-double in his UVU debut against Adams State, Thursday, Nov. 26, 2020 at the UCCU Center. (Jay Drowns, UVU Marketing) 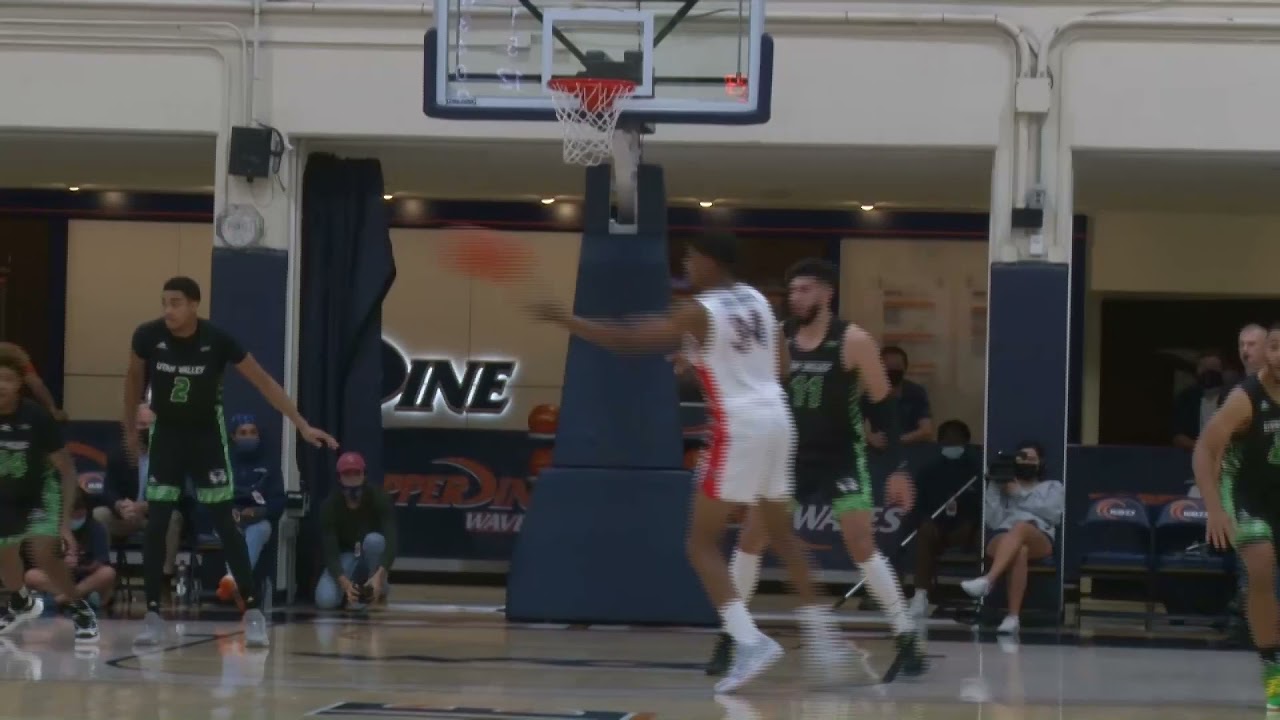 OREM — BYU transfer Connor Harding had 18 points, four rebounds and three assists, including the buzzer-beating 3-pointer to force overtime, as Utah Valley rallied for an 86-74 road victory over Pepperdine in Malibu, California.

Fardaws Aimaq poured in a career-high 34 points and 14 rebounds for the Wolverines (2-1), who trailed by as much as 12 with 10:58 to play. But Justin Harmon, the junior college transfer who finished with 14 points, hit a 3-pointer to spark a 21-9 run — including the final six points of regulation — and force the extra period.

Utah Valley held the Waves (1-2) scoreless from the field to take the victory. Former Lehi standout and BYU transfer Blaze Nield had a team-high seven assists for the Wolverines.

"It was a great win tonight," Utah Valley coach Mark Madsen said. "I was really pleased with our guys and how we regrouped and had a great defensive game in the second half and overtime period. Fardaws' game speaks for itself and he's a tremendous leader. Justin Harmon was fantastic and Connor did not miss from three tonight. We knew we were going to call his number when we needed that shot and he knocked it down."

#BYU transfer Connor Harding (@CJaxHarding11) scored 18 points, including the game-tying 3-pointer to force OT, as @UVUmbb rallied by Pepperdine in the SoCal Challenge.

Utah Valley next plays at Long Beach State in the Wolverines' second game of the SoCal Challenge. Tipoff is scheduled for 8 p.m. MT Wednesday on ESPN+.