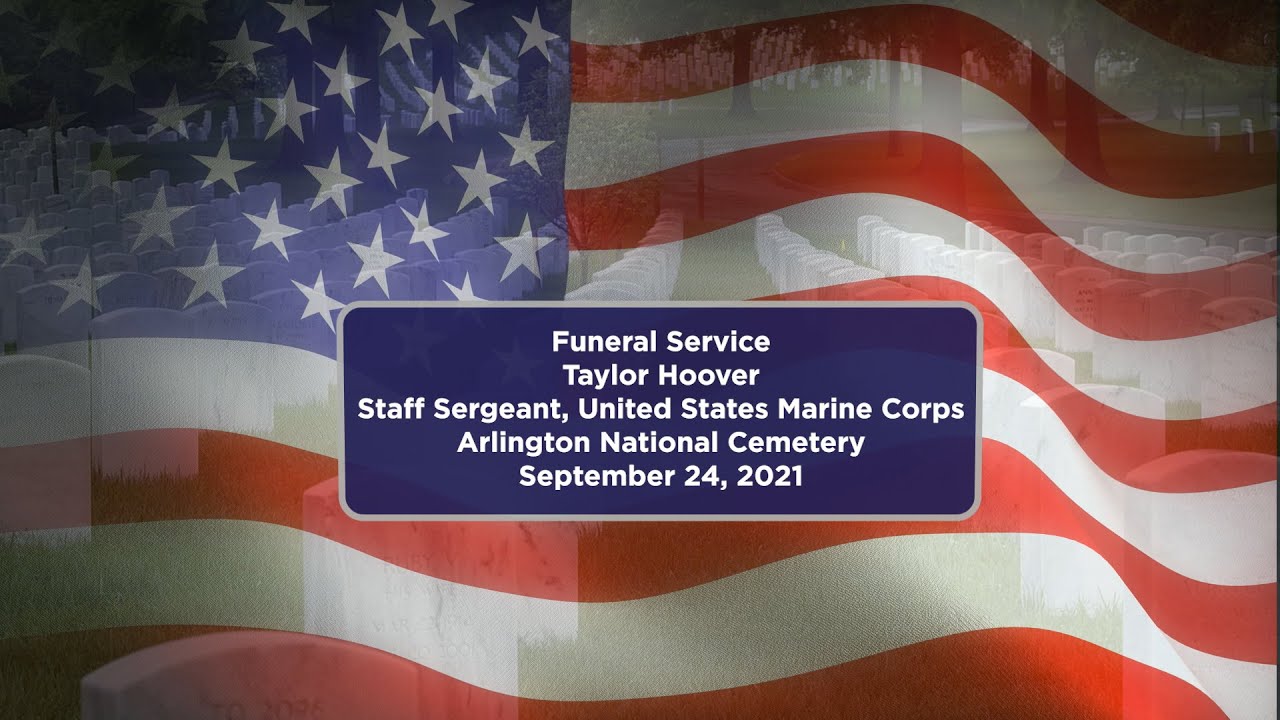 "He was a great leader. He loved everybody," said Darin Hoover, who is Taylor Hoover's father.

KSL-TV spoke with Hoover's father before the Utah family left for Arlington. He still can't believe his son is gone.

"Can't believe this is real," she said through sobs and tears. "He's my best friend."

The funeral and burial of Marine Staff Sergeant Taylor Hoover at @ArlingtonNatl are now over. His family says Hoover is now among heroes. Taylor is from Sandy and graduated from Hillcrest High School. We'll have coverage of today's events for @KSL5TV at 5 and 6:30. pic.twitter.com/GU354DPzBn

Part of why she can't believe this is real is because she thought her brother was invincible.

During her speech in the funeral home, she told a story about her big, tough brother who grabbed her and ran her to safety during a lightning storm when they were younger.

Others spoke about the kind, soft-hearted man who always wanted to help everyone.

"The big teddy bear," said Darin Hoover with a grin. "The man he became. The man and leader he became."

Hoover was leading a team of Marines, checking IDs at the Kabul, Afghanistan, airport on Aug. 26, when he and twelve other U.S. service members were killed in a suicide bomber's explosion.

When the family had to decide on where to bury him, Arlington seemed to be the only place, with its long and rich traditions, that made sense.

Although it's goodbye for now, the family is planning on coming back here.

"We're going to make a family trip out of it every year now," said Darin Hoover. "To go visit him and be with him and know that there are other people who will do the same thing."

For as celebrated as Arlington is for everything it represents, today, with Hoover now here, it became a little more special.