Sen. Mitt Romney, R-Utah, left, his wife, Ann, and Sen. Michael Bennet, D-Colorado, sit together in a raft while they float a section of the Colorado River northeast of Moab on Saturday. (Spenser Heaps, Deseret News)

SALT LAKE CITY — It was supposed to take five hours. But the float from the Hittle Bottom Campground along the Colorado River to the Sandy Beach River Access, organized by Colorado Sen. Michael Bennet with the goal to talk about climate change and drought in the West, was extended an extra hour-and-a-half.

Because, well, the drought.

The stretch of the river was running at roughly 2,700 cubic feet per second, well below its average of about 7,200, as Bennet, Utah Sen. Mitt Romney, Lt. Gov. Deidre Henderson and other state politicians, ranchers, industry representatives and scientists stepped into their rafts and took off south toward the town of Moab.

Winding past the iconic Fisher and Castleton towers along state Route 192, the drought was evident as the high water mark towered above the rafts, meandering through sections of the river that might normally be class II or III, but on Saturday were considerably milder.

The calm water didn't stop Ann Romney from giving her husband a look of disapproval as he jumped up to grab the phone of fellow passenger and Nature Conservancy Utah board member Christopher Robinson, and proceeded to take pictures.

"That was like Tom Brady throwing the Super Bowl trophy," she said.

The float was aimed at tackling a number of questions essential for the survival of the Colorado River basin.

How can industry and state governments adapt to better preserve the river?

What is the federal government's role in conserving water and combating climate change in Western states, who often accuse D.C. of overstepping its bounds?

What say do the 29 tribal nations within the basin get in the future of the river?

And what will happen if the river that feeds life to nearly 60 million people in the West continues to shrink?

The themes of the day were innovation and adaptation.

"Let's remember that our grandparents and great-grandparents, when they settled and went into farming out here, they were huge innovators. They created something that did not exist out here," Andy Mueller, general manager for the Colorado River District, said from atop a picnic table at the Lower Onion Campground, the first stop on the trip.

"It's our generation's time to innovate and figure out what the future looks like."

The first step is innovation within the agricultural industry, which consumes about 87% of the water that comes out of the upper Colorado River Basin. Investing in soil health, farm deliveries and sustainable practices are key, Mueller said, noting that "every farmer and rancher knows what their least productive ground is."

"We need to find ways to help those farmers, ranchers retire the least productive part of their property while enhancing the production on their remaining land," he said.

Second is stressing the importance of water conservation in cities like Denver and Salt Lake City, where green lawns have been the norm for too long.

Mueller pointed to a growing sentiment among ranchers and farmers, who are invested in being part of the solution, but want to see a cultural shift in how cities use their water.

And lastly — "Let's make sure the water we use is used to primarily grow our food," he said.

A balancing act between federal and local governments

The federal government's role — often perceived as overreach — in land, water and climate policy in the West has long been a source of tension. Take the debate over Bears Ears National Monument, for instance.

Or the 1922 Colorado River Compact, an agreement between Arizona, California, Colorado, Nevada, New Mexico, Utah and Wyoming that set the framework for nearly 100 years of policy in the West and essentially barred the federal government from dictating how water in the river is allocated.

"The best solutions that come will be initiated at the state level and local level where local communities and the states work together," Romney told the Deseret News from Hittle Bottom Campground.

"We'll certainly have a role to play with financial resources and perhaps regulatory adjustments, but a top-down command from Washington is the wrong answer."

Bennet echoed Romney, telling the Deseret News that having the federal government support, rather than dictate, how states combat the climate crisis and the shrinking river will not only ease tensions in the West, but lead to more effective policy..

"We need to find ways to get the work done at the local level and state level, and I think the federal government can be an important backstop to what they're already doing," he said.

On the river, Henderson and Utah Sen. David Hinkins, R-Orangeville, pointed to the Navajo Utah Water Rights Settlement Act as an example.

"That's the way we like to do things in Utah, is to work together," said Henderson of the bill, which provided access to water and wastewater facilities for the Navajo Nation as well as a water delivery system.

Speaking from the Lower Onion Creek Campground, Chairman of the Ute Mountain Tribe Manuel Heart, asked the group how tribal nations will factor into future water decisions made in the Colorado River Basin.

"They've been left out of this, when they started doing the state compacts originally, and now we've been brought to the table, but ... the United States government hasn't obligated or made that treaty obligation on the water rights," Heart said. "We're just not producing enough water to meet our needs across the board for everybody."

Mueller said the majority of these tribes with unresolved claims to the river are located in the lower Colorado River Basin.

Now that tribal voices are being heard at the state and federal level, Heart says he wants clarity.

The lone tribal representative on the river Saturday, Heart told the Deseret News "there should've been other tribal nations invited" on the trip. But he also doesn't fault the decision, saying the meeting was more of a springboard, highlighting key issues he can take back to the 10 tribes he came to the river to represent.

No concrete legislative solutions to fighting climate change in the West and conserving water in the Colorado River came out of Saturday's meeting. But some began to take shape.

Romney pointed to carbon capturing technology, something that has been gaining traction among the Utah Legislature, telling the Deseret News, "I think we probably have to have a price on carbon."

At the federal level, the Utah Republican said he wants to see legislation that is focused and has an international impact — "something that actually changes global emissions, not just makes us feel like we're doing something."

Romney pointed to President Joe Biden's $3.5 trillion spending proposal as an example, a move that the administration has lauded as key to fighting climate change.

"Spending trillions of dollars here, for something that will not change the global emission of CO2, is in my opinion, not a great idea. I'm in favor of spending money on research, technology, direct air carbon capture, nuclear power, hydrogen power, battery power," he said.

Bennet said a change in how climate change is discussed in Washington, D.C., is needed before meaningful, bipartisan environmental legislation comes out of Congress.

He likened it to U.S. policy towards the Soviet Union, a somewhat consistent approach to a daunting issue that spans multiple presidential administrations and congressional majorities. A policy approach that, despite differing opinions, has the same end goal — cut emissions, conserve water and innovate.

"I hear people say we have to act urgent on climate change. I believe that's true, but it doesn't do you any good if you don't have a durable solution, and one that can actually do something over time."

If anything, both senators said spending time on the river, winding beneath the spectacular red rocks of southern Utah, drives home the importance of moving fast on climate change and drought.

"I look around this landscape and say, OK, we're here for a minute of time and we will be known by future generations as the great generation or the worst generation," Romney said. "I'm pleased that folks on both sides of the aisle recognize that importance of this topic and hopefully we can begin to make a meaningful difference and put together the kind of national climate strategy that has so far been missing." 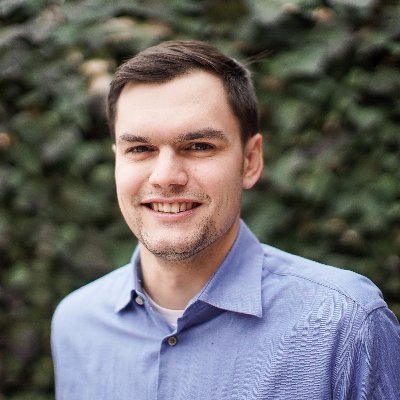