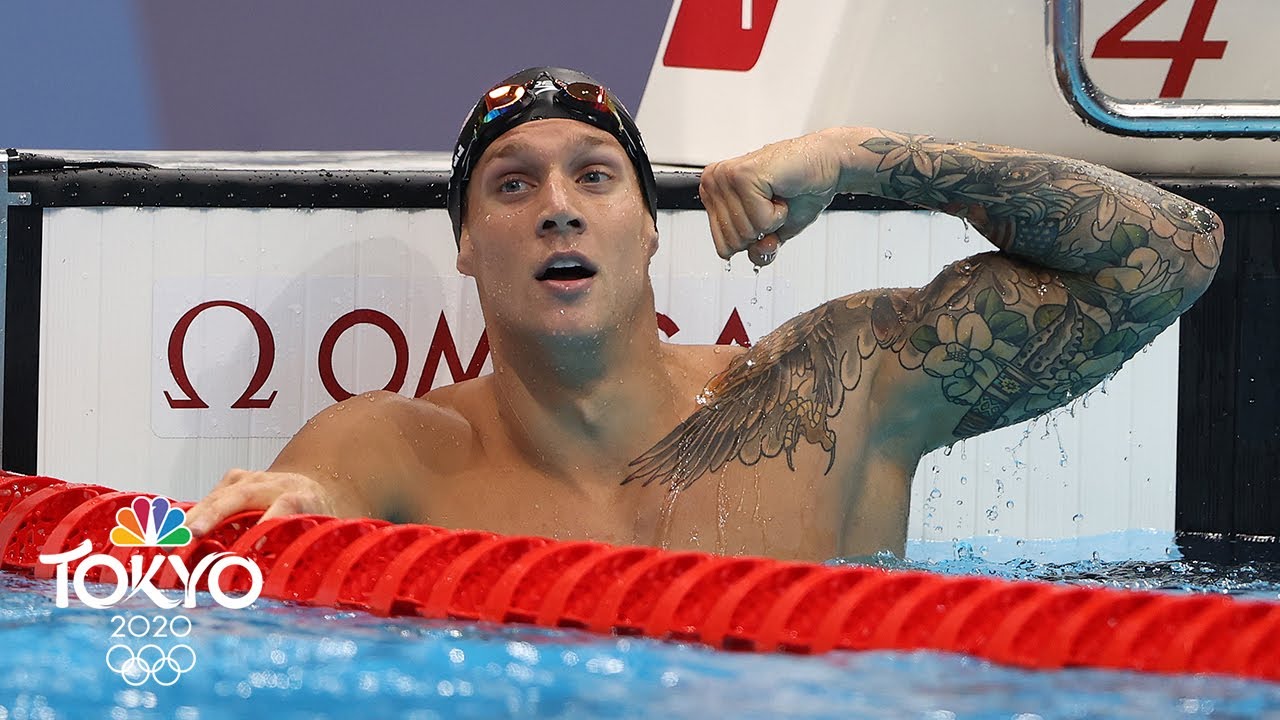 TOKYO — Caeleb Dressel won his third gold medal of the Tokyo Olympics with a world record in the 100-meter butterfly Saturday.

Katie Ledecky won gold in the 800-meter freestyle, her second of the Tokyo games.

Dressel led right from the start and held off Hungary's Kristof Milak to touch in 49.45 seconds, breaking the mark of 49.50 that the American set at the 2019 world championships in Gwangju.

Milak, winner of the 200 fly, earned the silver with a blistering 49.68. The bronze went to Switzerland's Noe Ponti.

When he saw the "WR" beside his name, Dressel smiled and joined hands with Milak in the lane next to him. They raised their arms together before Dressel flexed his left arm and pumped it in the air.

From the nearly empty stands, the cheers from Dressel's teammates rang through the arena. When he was announced as the Olympic champion, he raised his right arm again as he walked along the deck.

Dressel won his third gold medal at these games, including the first two individual victories of his Olympic career.

Kaylee McKeown completed a sweep of the backstroke events with a victory in the 200 butterfly. Her winning time was 2 minutes, 4.68 seconds.

Dressel's victory came in the first of three races on his morning schedule.

He was also set to compete in the semifinals of the 50 freestyle before returning to the deck one more time to anchor the 4x100 mixed medley relay, a new Olympic event that features two men and two women on each team.

Rhyan White, the first Utah-born swimmer for #TeamUSA to compete in the Olympics, finished 4th in the 200M backstroke.

Dressel is expected to take part in two more finals Sunday, the last day of the swimming competition at the Tokyo Aquatics Centre.

If Dressel sweeps his events, he'll become the only the the fourth swimmer and fifth athlete overall to win six gold medals at a single Olympics.

Swimming icon Michael Phelps did it twice, capturing six golds at the 2004 Athens Games before setting the record with eight golds in Beijing four years later.

Phelps broke the mark held by Mark Spitz, who won seven golds at the 1972 Munich Olympics.

Also winning six golds were East German swimmer Kristin Otto in 1988 and gymnast Vitaly Scherbo of Belarus in 1992, when he represented the Unified Team that emerged from the collapse of the Soviet Union.