Utah Jazz trade down and grab Baylor's Jared Butler with No. 40 pick 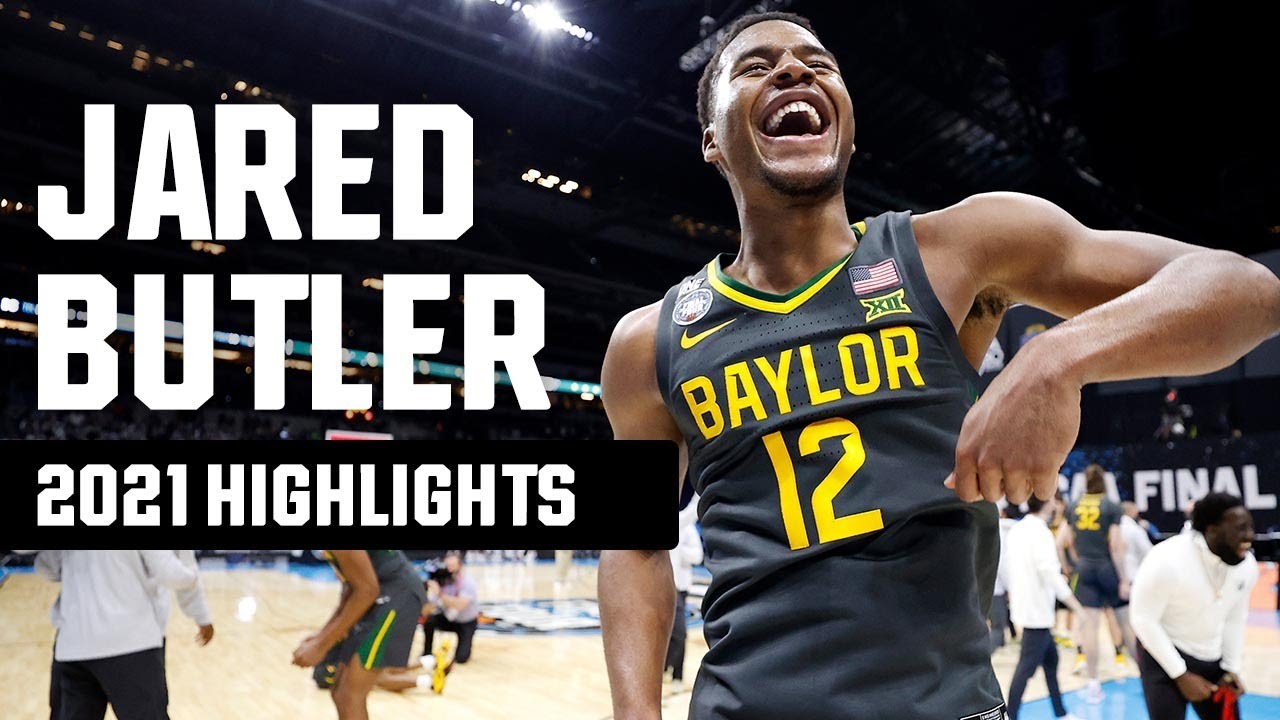 SALT LAKE CITY — On the night Justin Zanik completed his first draft as the head decision maker of an NBA team, he talked to his wife in excitement.

He could envision Jared Butler's fit with the team; how his experience at not only playing but winning at high levels could help the Utah Jazz; how he, as a rookie, may be able to find a way into the rotation.

But he envisioned something else: his youngest daughter's room walls filled with posters of Butler.

He told his wife: "I think I found Lucy's new favorite player."

The Jazz pulled off a masterstroke of a draft Thursday night. It wasn't just that they got the player they highly-sought in the former Baylor guard, but how they ended up landing him.

Utah traded out of the No. 30 pick for No. 40 and two future second-round picks — and still got the player they wanted. It was a player that many had as a mid-to-late first-round prospect. So for Zanik, it was all smiles.

"I'm really excited for you guys, and the community, and the city and state to get to know him," he said after the draft. "The way we believe in him, not only as a player, but as a person — he's a special, special guy."

Who is he as a player? Butler has one of the better handles in the draft. He has long arms, has solid defensive anticipation, he can run some pick and roll, and can absolutely stroke it from deep. He hit 51% of his catch-and-shoot 3s last season — he'll be getting plenty of those playing in the Jazz system. He checks a lot of boxes to be a productive rotational player in the league. And with so many tools, it's hard to see him not carving out some kind of role.

"Probably the thing that pops is his versatility," Zanik said. "I'm not sure there's a situation that he hasn't seen at some level; and he has the skill set, the physicality, the demeanor to be able to handle those new things really well."

He was the most outstanding player of the Final Four for a reason, and the Jazz believe that will translate well to the NBA — and relatively quick, too. Butler's path to fast playing time likely is playing point guard in a pinch, or being an off-guard that can shoot. That should help save Joe Ingles' legs and help in case of injuries.

"He's got a varying skill set that he's displayed at the highest levels of college basketball with a lot of experience," Zanik said. "Played in really big games, has produced in big games. A great leader, a great teammate and the multi skilled aspects of his game I think will fit well in what we asked our players to do here."

Butler was diagnosed with a heart condition before he ever played a college contest, and there were also some concerns about a knee issue leading up to the draft. The concerns were so real that he was told he couldn't participate in workouts until an NBA panel of physicians cleared him.

That clearance didn't come until July 17 — just a couple weeks before the draft.

"I am fully healthy and cleared to play in the NBA!" Butler tweeted. "Out of an abundance of care, the NBA is incredibly thorough in vetting the health of every player during the pre-Draft process and throughout our careers. I am forever grateful that their comprehensive and strict health analysis has unanimously confirmed my fitness to play in the NBA. Now, my focus is entirely on the Draft and working daily to prepare myself to fulfill my lifelong dream!!"

I am fully healthy and cleared to play in the NBA! Out of an abundance of care, the NBA is incredibly thorough in vetting the health of every player during the pre-Draft process and throughout our careers. I am forever grateful that their comprehensive and strict health analysis

But that clearance didn't ease every team's worry, and that is why the no-doubt first-round talent fell deep into the second round. The Jazz hope to be the benefactors of a low-risk but high-reward selection.

"We're comfortable with Jared as a player, as a person," Zanik said. "We're excited to add him. I don't want to get into any other of those details (of his medical issues). It's just that we feel really good about him. So we're excited to have him."

And he thinks everyone else — from fans to the media — will be excited, too. When asked how he was as a person, Zanik, with almost a fatherly smile, said: "He's going to be your favorite."