DA says officer justified in shooting handcuffed man, but it could have been avoided

WEST VALLEY CITY — Salt Lake County District Attorney Sim Gill ruled Thursday that a West Valley police officer was legally justified when he shot and killed a man who managed to grab ahold of another officer's gun while handcuffed and in custody in a small room in the basement of West Valley City Hall.

But Gill also said the shooting of Michael Chad Breinholt could have been avoided.

"Do I think there are a community of citizens out there who are incensed about it because it could have been averted and should have been handled differently? Yes and I think that's legitimate. But the law is very clear."

On Aug. 23, 2019, Breinholt, 31, was impaired and handcuffed in the basement of West Valley police station waiting to be taken to the Salt Lake County Jail. While waiting for a search warrant to be approved for blood to be drawn from Breinholt to test for drugs and alcohol, Breinholt seemed lethargic, his speech was slow, and at one point he asked officers to take him to "UNI," or University Hospital's mental health unit.

Breinholt then suggests to an officer that he has a gun in his shoe, though police had already searched him for weapons.

"No, you don't. Relax, be patient with us," officer Taylor Atkin tells Breinholt.

Breinholt manages to take a shoe off while he is sitting down and his hands are cuffed behind his back. Atkin said at that point "he decided to deal with the issue because he had a feeling Mr. Breinholt was going to do 'something stupid' with the shoe — perhaps throw it at officers," according to Gill's final report on the shooting.

You're about to die, my friend.

Atkin asks Breinholt for his shoe, but Breinholt tells him, 'No.' As Atkin gets Breinholt to stand up from his chair so he can retrieve his shoe, Breinholt put his head down, gets close to Atkin who is trying to reach around him to get his shoe, and then grabs the officer's gun.

Gill said Thursday that because of Breinholt's skinny arms, he was able to slide one of his handcuffs from his wrist to closer to his elbow. He also noted that Atkin kept his holster on his thigh rather than his hip, making it easier for Breinholt to grab the gun and hold on to it.

When Breinholt first stood up, Sgt. Tyler Longman was outside the room while two other officers were in the room with Breinholt.

"Sgt. Longman said he remembered thinking, 'These are two big guys, it's a small room, they can handle it," according to the report.

But once Atkin yelled, other officers said they could hear a panic in his voice, the report states.

When Longman entered the room, two officers had ahold of Breinholt, but couldn't pull his hands off of Atkin's gun.

The gun was never removed from the officer's holster. But just 7½ seconds after the struggle began, Longman shot Breinholt at point-blank range.

"You look at it at normal speed, this is a disturbing shooting. I don't know how you could not be taken aback by it," Gill said.

Furthermore, Longman told Breinholt: "You're about to die, my friend" moments before pulling the trigger.

I find that statement reprehensible and unnecessary.

"The perception is that Sgt. Longman saw the physical ruckus, unholstered his gun and went into the room and put the gun to Mr. Breinholt's head and uttered those infamous words, 'You're about to die, my friend,' and shot him. Our review … is that this perception is not factually accurate," Gill said.

"At that moment, I was afraid that if that gun came out he (would) shoot officer Atkin, and I knew that he could shoot me or any of the other officers in that small confined area," said Longman, who agreed to be interviewed by the district attorney's office for the investigation. "I think I said something like, 'You're gonna get shot!' It was at that time that I knew that I had to end the threat. If the gun got out, he could shoot all of us, any of us. And I was afraid that could happen."

After the shooting, Longman said he was in shock.

"I couldn't believe that I had to do that," he said. "I was in complete shock."

West Valley police issued a statement Thursday saying they were pleased with the district attorney's decision.

"While we recognize the gravity of this incident, we are pleased that, after nearly two years of scrutiny, the district attorney's office has found our officer justified in his actions. This decision brings to a close a challenging chapter for all involved. We are grateful to our officers who diligently serve our community each day, and in the face of impossibly difficult decisions, consistently do their best."

As for the statement, "You're about to die, my friend," Gill said he "was appalled by it. And nothing I'm saying here today is to justify, defend or minimize that statement. I find that statement reprehensible and unnecessary."

However, Gill said he recognizes that Longman may have made that statement as a warning to Breinholt. Just as Gill said he can't overlook the fact that Breinholt had ahold of an officer's gun and wouldn't let go, and three officers stated that they were in fear of their lives. Because of that, Gill said his job is to look at the totality of the situation at the moment Longman decided to fire his weapon.

"The officer acted within the scope of the law the way it is currently written," he said.

Gill said he cannot prove beyond a reasonable doubt that the officers' perception that they were in fear of their lives was unreasonable. But Gill also noted on Thursday, as he has with other officer-involved shootings, that if the community's moral expectations do not align with the legal outcomes of these reviews — particularly when it comes to people who may be suffering a mental health crisis — then the law needs to be changed.

"You shouldn't expect a person in crisis to act in a rational way," he said. "If we want different outcomes, which is not unreasonable for us to ask, then we need to change the law."

Gill became emotional as he started the press conference and said that he had spoken with Breinholt's family beforehand.

"Our hearts go out to them and we forward to them our condolences, for the loss of their family member who was somebody's child, sibling and friend. Any loss of life, regardless of the circumstances, is a loss to the community and their loved ones. And the pain and grief of such loss does not go away," he said.

The shooting was one of the oldest officer-involved critical incidents that was yet to be ruled on by Gill. Breinholt's family does not believe the shooting was justified and has called for justice in the case. A Facebook page, "Justice for Chad Breinholt," has also been created.

The family added that Longman's words to Breinholt haunted them.

"The mental distress he was in and to have those last words — 'you're about to die my friend' — when he was clearly not among friends or people who cared or were concerned, that haunts me and will haunt me forever," said Breinholt's mother, Susan Neese.

West Valley police stated Thursday that even before the Breinholt shooting, they were taking steps to improve how their officers conduct certain operations so they can be done more safely. For example, with the recent completion of West Valley's new police station, officers now have access to a secure processing area and holding cells.

"These changes in facility and policy effectively prevent the disarming of a police officer from occurring under these circumstances in the future."

As for Gill's assessment that the events that led up to the shooting could have been averted, a West Valley police spokeswoman agreed that the disarming of a police officer is very concerning.

"We also recognize that with our position comes incredible responsibility and we are committed to continuous evaluation of our operations and adjusting our policies and training as needed," she said. 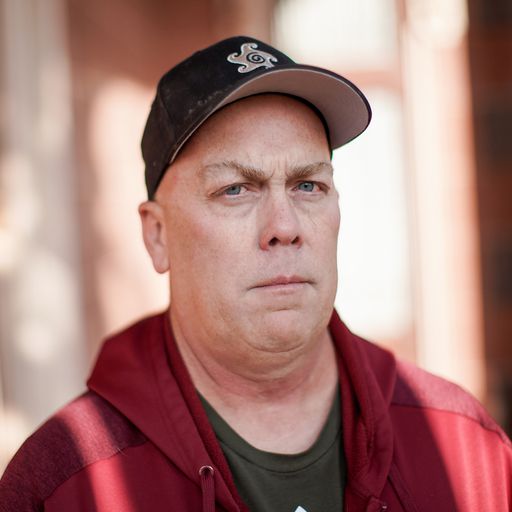