National League's Pete Alonso, of the New York Mets, reacts during the second round of the MLB All Star baseball Home Run Derby, Monday, July 12, 2021, in Denver. (AP Photo/David Zalubowski) 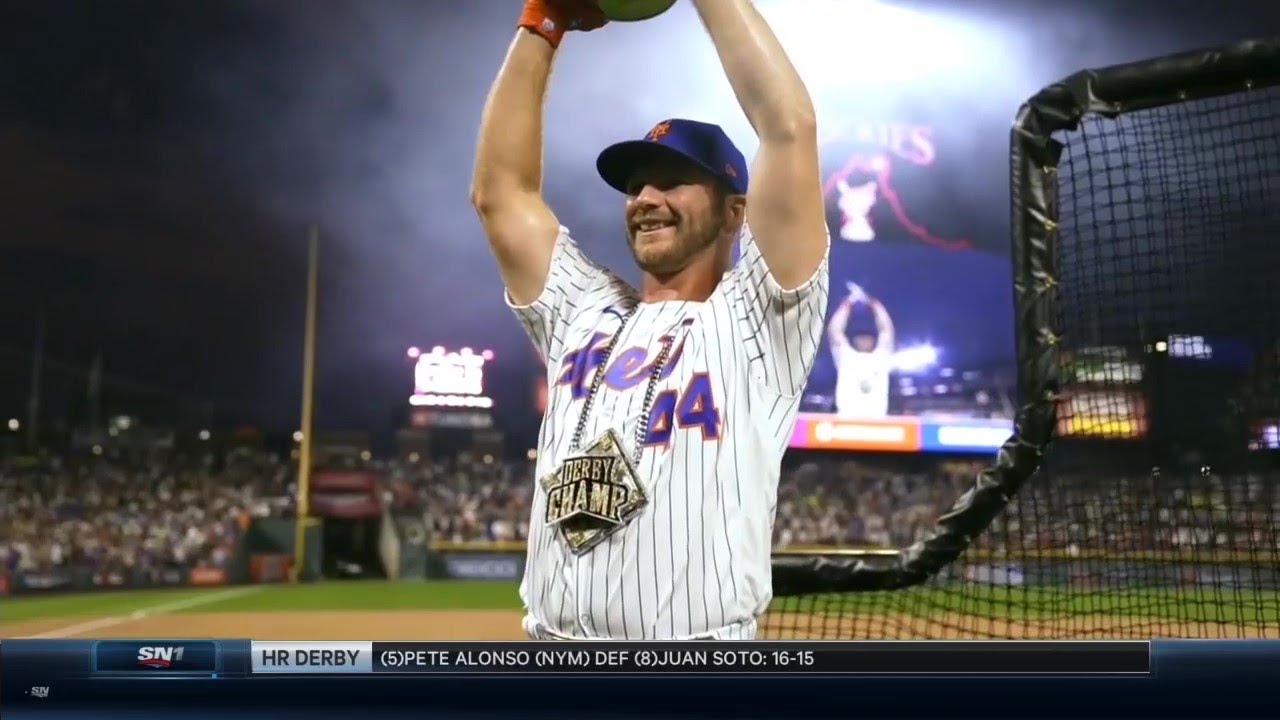 Batting second, Alonso trailed 22-17 after the first two minutes of the final round, then hit six homers on six swings over the first 28 seconds of his final minute.

Mancini, who returned this season from cancer treatment, was the sentimental favorite, while Alonso was the most animated of the eight sluggers as the longball competition returned after a one-year absence caused by the coronavirus pandemic.

With custom bats in the Mets' royal blue and orange, and matching shoes and batting gloves, Alonso was a human bobblehead, nodding on beat in the batter's box as he stepped out and danced. He motioned with his arms to whip up fans during a timeout.

New York's 26-year-old first baseman has a chance to match Griffey, who also win in 1994, as the only three-time winner.

Soto thrilled the crowd of 49,048 with a 520-foot homer, the longest derby drive in the Statcast era, topping 513 feet the New York Yankees' Aaron Judge in 2017 at Miami. Before Statcast, the Chicago Cubs' Sammy Sosa was said to have hit one 524 feet at Milwaukee in 2002, clearing Bernie Brewer's slide.

Ohtani, the Los Angeles Angels sensation set to start on the mound and hit leadoff as designated hitter for the American League in the All-Star Game, started slowly but forced two rounds of tiebreakers with Soto before losing 31-28 in the second round.

They were tied 22-all after regulation and 28 apiece following the first tiebreaker. Soto homered on all three swings of the next tiebreak, and Ohtani grounded out on his first swing.

Mancini won the first round 24-23 over Oakland's Matt Olson, who hit a deep foul on his final swing.

"He's a good dude," Olson said. "To be able to battle the way he battled and come back and perform the way he has this year says a lot about him, his grit and his toughness."

Story defeated Texas' Joey Gallo 20-19 when Gallo popped out on his last swing.

"It is tiring, for sure, but it was a lot of fun for the first time," Gallo said.

Mancini knocked out Story 13-12 in the second round, hitting second and advancing with a drive to center.