'It's good to be in games like this': Jazz fall to Suns in contest that felt like playoffs 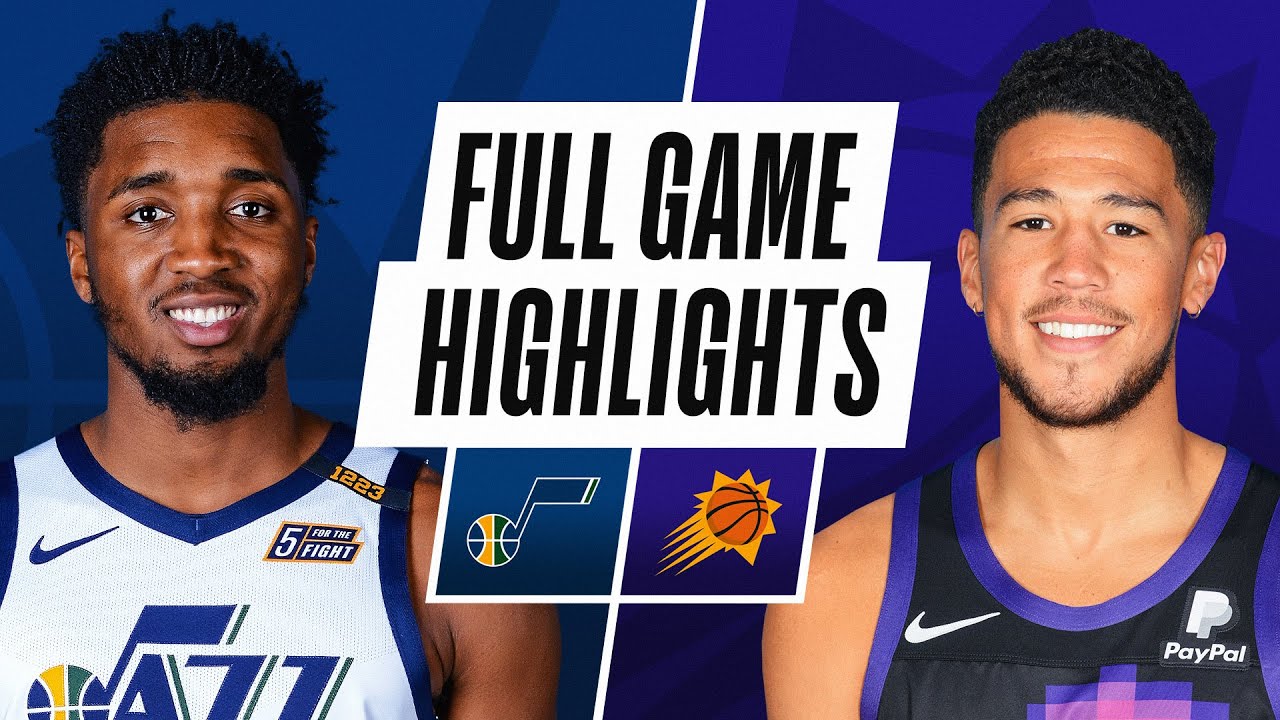 SALT LAKE CITY — Members from both the Utah Jazz and Phoenix Suns didn't want to overhype their matchup on Wednesday. They claimed they didn't look too much at the standings and maintained that it was simply another game.

Chris Paul checked into the game with two minutes left in the third quarter, and he never went back to the bench. If anything showed how Wednesday night's game was different, it was that. It wasn't a regular-season rotation; no, that's what he'll be doing when the postseason starts.

The playoffs felt like they came a little early on Wednesday. It was a heavyweight bout between the two top teams in the league — and they played like it.

Donovan Mitchell may have thrown the night's biggest punch, but the Suns got the win.

Call it a training ground for the postseason. Every mistake was magnified — the bad reads, the missed rebounds, the bricked shots. But so too was each made play — and none more so than Mitchell's late-game shot.

With the Jazz down three in regulation, Mitchell pushed the ball in transition and nailed a 25-foot 3-pointer with 10 seconds left. It was a shot that just about completed a major turnaround.

The Jazz were pretty awful in the first half and totaled only 40 first-half points, shot 17-of-49 overall, including 3-of-21 from 3-point range. With numbers like that, it's no surprise the Jazz had just four assists in the first 24 minutes.

It's a testament to how good the Jazz are that they weren't completely out of the game at that point. They were down just 11 at halftime by virtue of a stellar defensive performance.

The second half provided that playoff atmosphere that everyone expected.

Utah scored 38 points in the quarter as the Jazz came storming back totake a short-lived lead. The key catalyst: Mitchell.

Mitchell scored 28 points after halftime as he willed the Jazz back in the game.

The 3 wasn't falling, so MItchell used an array of moves to get to the hoop. He was 6-of-8 in the paint after halftime. The Jazz's shooters spaced out more, giving Mitchell room to operate inside. That eventually opened up the rest of the Jazz offense, with Utah going 8-of-19 from deep in the second half (the Jazz cooled off again in the overtime period, though).

But the Suns had answers: Paul had 29 points and nine assists and Devin Booker had 35 points. And it was those two that took over the game in overtime as the Jazz once again struggled to score.

It helped that Phoenix was taller than the Jazz, too.

The Suns outrebounded Utah 61-45 — and one possession late in the fourth quarter highlighted Utah's struggles.

"Those hurt us, especially when we play good defense," said Rudy Gobert who had 18 rebounds to go along with 16 points. "We're able to force a miss, and then they get another possession. Those guys are pretty good when you give them extra possessions, they're gonna make the most of it."

In a game that resembled what the playoffs will feel like, the Jazz learned some things about themselves. The offense can be a bit too reliant on 3s and can get bogged down in isolation plays and they surrender a bit too many offensive boards.

"We treated this game like a playoff game. We did everything we wanted to do," Ayton said.

But it also revealed the good for Utah: The Jazz can take a punch and crawl back — even when they aren't setting the nets on fire from deep. Bojan Bogdanovic was just 1 of 8 from deep but found a way to score 20 points. But, as he pointed out, it's hard to win games when a team known for its 3-point shooting hits at a 25% clip.

Oh, and that Mitchell guy is pretty good.

"He had yet another great game so I'm sorry that we as a team didn't do better, and get those W's for him," Bogdanovic said.