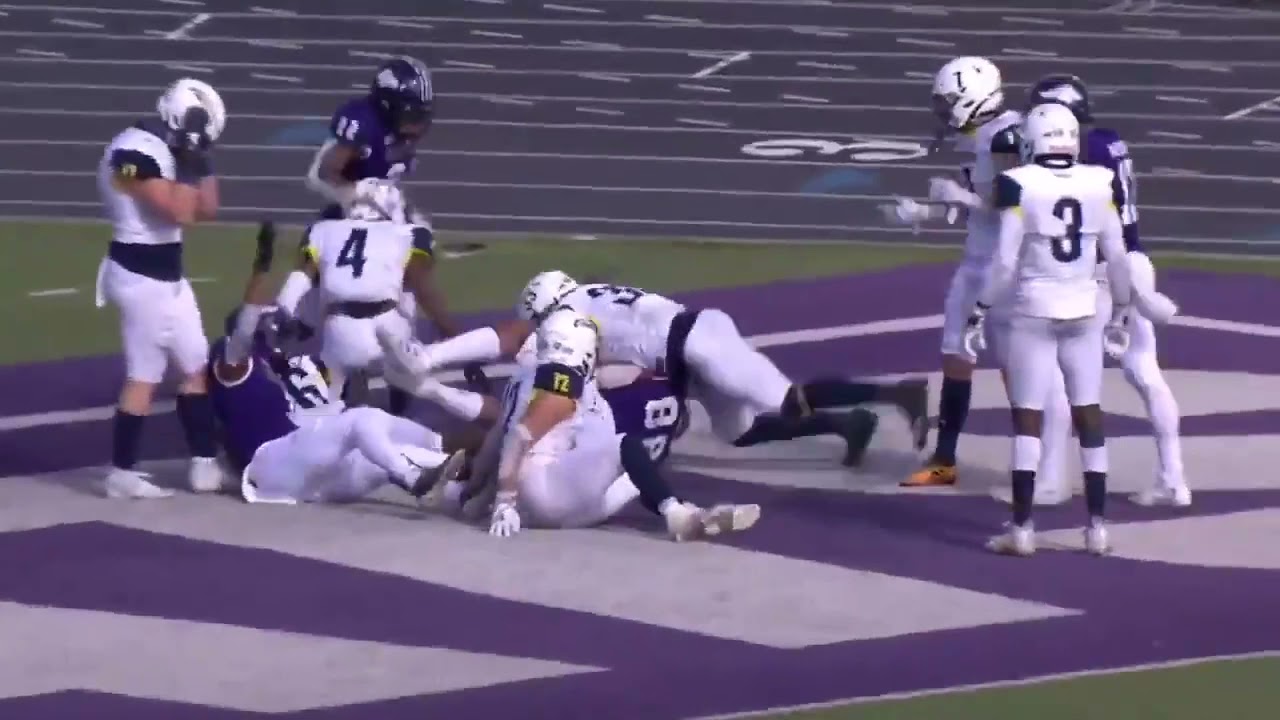 It's something every little kid dreams of when playing football; and on Saturday, dreams came true for a few Weber State Wildcats as quarterback Randall Johnson, who had been sacked five times during the game, completed a 50-yard Hail Mary pass to Justin Malone to defeat Northern Arizona 28-23 Saturday afternoon.

Malone didn't see the ball until it was coming down, but when teams practice for situations like the final 17 seconds of the game Saturday, anything can happen.

"It's something that we practice every day — the two-minute drill," Malone said. "We practice with all different types of scenarios, and I think we all believed in each other and believed in the team to get down there and score."

Malone finished the day with two catches for 54 yards, but the most important was the 50-yard touchdown pass from Johnson as time expired to give the Wildcats a win over the Lumberjacks.

"In the end, what can you say?" Weber State head coach Jay Hill said. "Our guys found ways to make plays when they had to. ... Justin Malone's last play of the game was absolutely huge and I can't tell you how excited and happy I am for this team's toughness, resilience, ability to fight through things. This is a crazy year and we all know I'd like to win by three touchdowns every week, but the players just fought and battled and found a way to get it done."

The scoring continued on the very next drive for the Wildcats as Johnson found Ty MacPherson, who then found an open Noah Atagi for a 5-yard touchdown pass to give Weber State a 14-0 lead.

And then the game got stagnant for Weber State and Northern Arizona got hot.

Northern Arizona made a 28-yard field goal and then its defense forced the Wildcats' offense into a three-and-out situation, which the Lumberjacks used to score on the next possession when Draycen Hall rushed for 49-yards to make it a 14-10 game at the halftime break.

But Shaheed got it going for the Wildcats, again, to open up the second half with a 100-yard kickoff return to make it 22-10. And then the Wildcats got stagnant and the Lumberjacks took over the momentum of the game.

Northern Arizona managed two field goals in the third quarter and then forced a fumble on their own 4-yard line with 4:14 left to play to keep the Wildcats out of the end zone. The Lumberjacks then went 96 yards over the next 3:57 to take a 1-point advantage, 23-22, in what looked to be the deciding score.

And with only 17 seconds left in the game to turn the tide, the Wildcats needed a miracle. The Lumberjacks kicked the ball out of bounds to keep it from being returned, but a 15-yard unsportsmanlike conduct penalty against Lumberjack quarterback Keondre Wudtee put the ball on the 50-yard line for the Wildcats.

Johnson had two incomplete passes and had only 2 seconds left to attempt a last-ditch heave to the end zone. Hill used his final timeout to set up the final play of the game.

"There's an opportunity there, we know it," Hill said, speaking about the conversation leading up to the Hail Mary toss. "I really felt like we should have completed one of those balls on first or second down, but when I called timeout with two seconds left it was really just to gather the troops and tell em,' 'Guys we've practiced this Hail Mary every week for this reason. We practice it for this reason every week, somebody go make a play.'

"And it was crazy because I caught eye contact with Justin Malone and said somebody is going to have to go high point this and come down with it," he added. "Randall put a perfect ball right in the middle of the end zone and Justin Malone made a huge play."

As time expired, Johnson threw the Hail Mary pass and found Malone in the end zone to lift the Wildcats past the Lumberjacks.

Johnson finished his first start for Weber State throwing for 133 yards on 11-of-19 passing and one interception. Shaheed had three receptions on 55 yards and one touchdown. Conner Mortensen led the defense with 10 total tackles and Desmond Williams finished behind him with nine tackles.

Weber State will travel south next weekend to play Southern Utah on April 3 at 2 p.m.