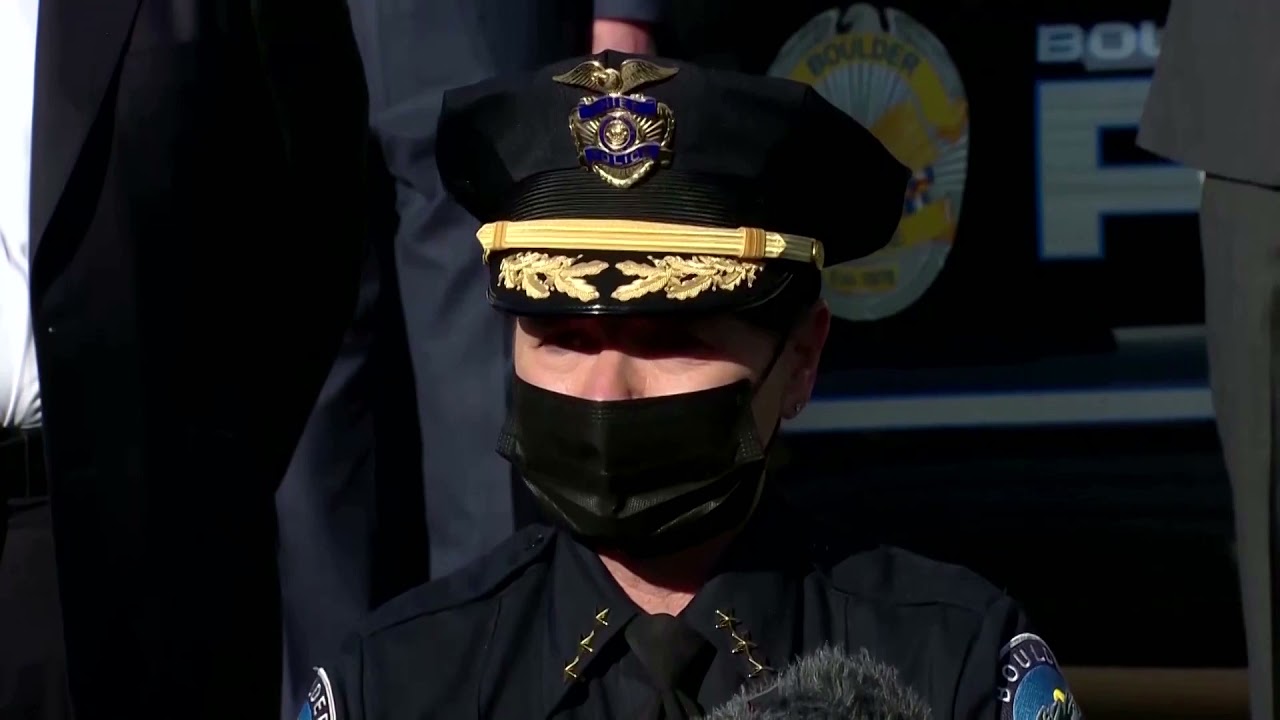 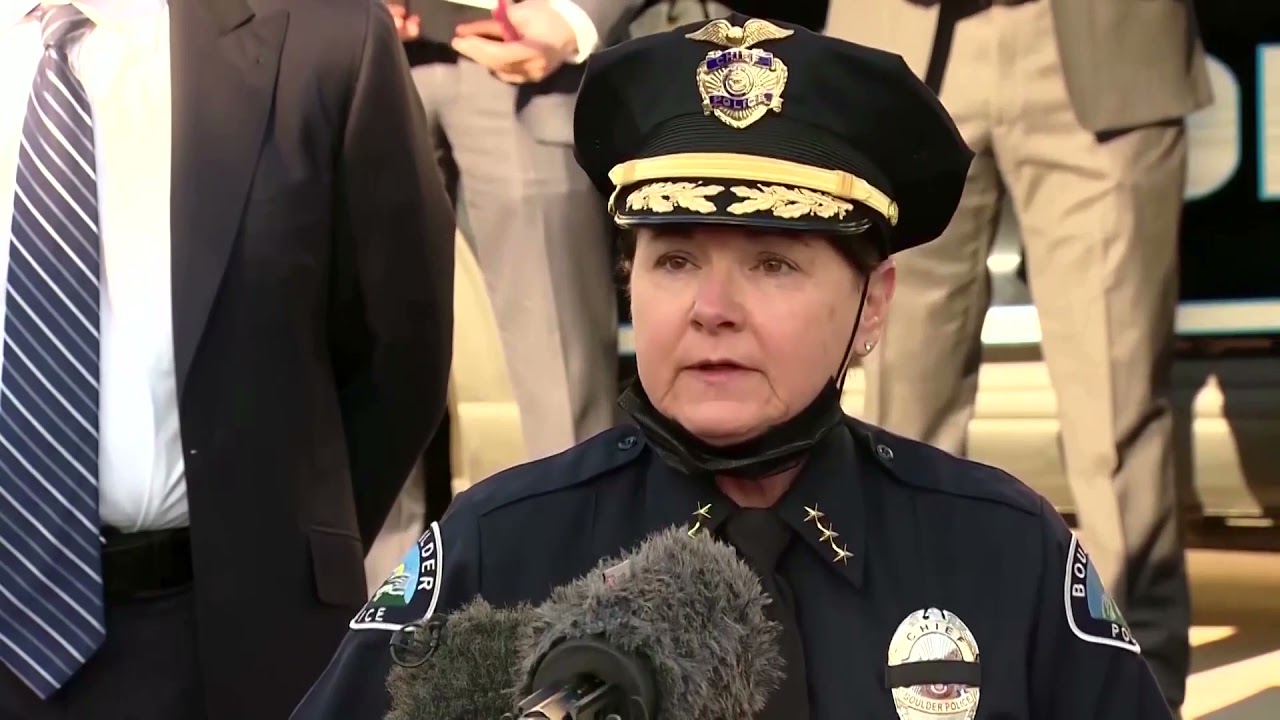 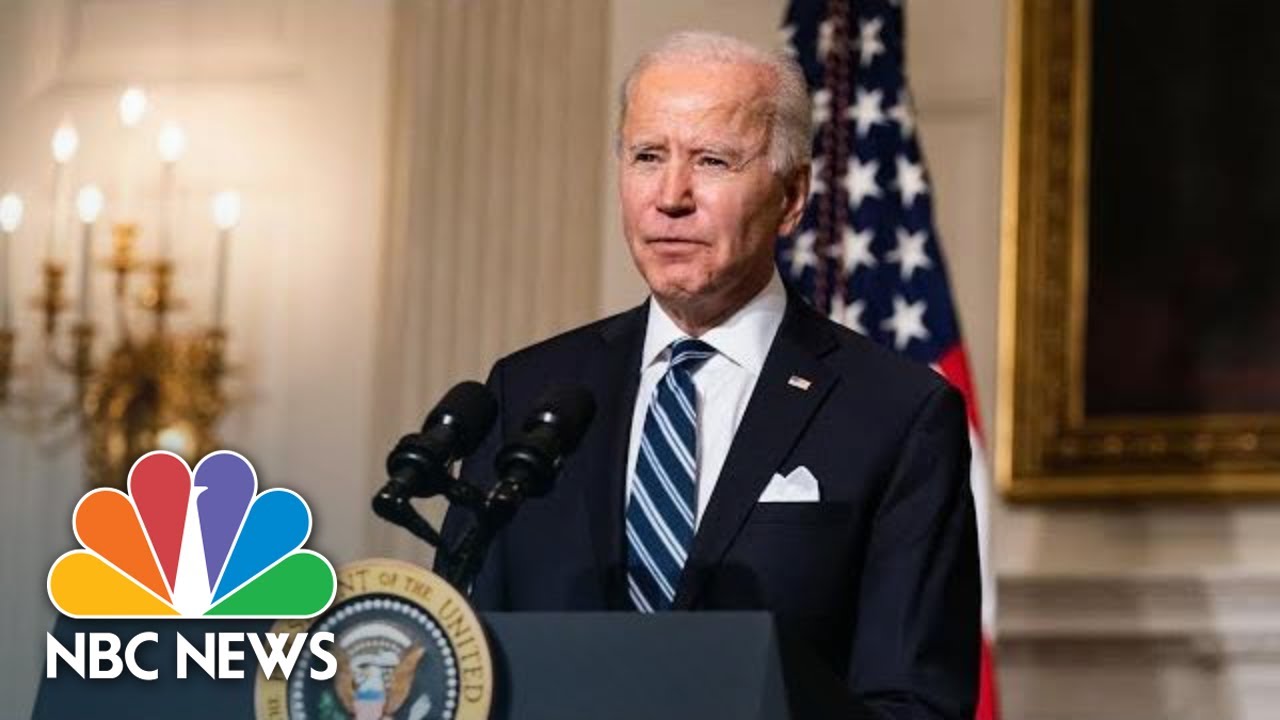 BOULDER, Colo. (Reuters) — Police on Tuesday publicly identified the suspect accused of killing 10 people — including a policeman — in a hail of bullets at a Colorado supermarket, marking the second deadly U.S. mass shooting in a week and adding to the state's tragic history of lethal gun violence.

The suspect, Ahmad Al Aliwi Alissa, 21, of the Denver suburb of Arvada, stormed a King Soopers outlet in Boulder armed with an AR-style semi-automatic rifle and a handgun and wearing a tactical vest, all of which were recovered after Monday's shooting, according to an arrest affidavit filed by police.

His sister-in-law told police on Monday evening that Alissa had been "playing with" a firearm she described as resembling a "machine gun" two days before the attack, upsetting family members, the affidavit said.

Alissa was released from a hospital, where he was treated for a leg wound suffered in an exchange of gunfire with responding police, and transported to county jail on Tuesday afternoon to await an initial court appearance.

He faces 10 counts of first-degree murder and an attempted-murder charge, according to the affidavit.

Authorities did not offer any details on what might have motivated him to open fire at the store, located in the Table Mesa section of Boulder near the University of Colorado's flagship campus and about 28 miles northwest of Denver.

"It would be premature for us to draw any conclusions at this time," Michael Schneider, the agent in charge of the FBI's field office in Denver, said at a news briefing.

The 10 victims ranged in age from 20 to 65 and include Eric Talley, an 11-year veteran of the Boulder police force who was among the first officers on the scene. Talley, 51, was the father of seven children and had recently been looking for a less dangerous job, according to a statement released by his father.

Makeshift memorials of flowers, votive candles and condolence messages sprang up on Tuesday outside the supermarket and police headquarters.

Ryan Borowski, 37, had picked out a 12-pack of soda and a bag of chips when he heard shots ring out, sending him scurrying for the store's back exit.

"It was pretty terrifying," he said. "Fastest fire drill I've ever been in."

Witnesses told police the assailant killed a man in his vehicle then gunned down a man in the parking lot. The shooter stood over him, firing multiple times, before entering the store to continue the rampage.

Three were gunned down while putting in a day's work at a Colorado supermarket. Another was a police officer who raced in to try to rescue them and others from the attack that left 10 dead.

When apprehended, Alissa did not answer questions but asked to speak with his mother, according to the affidavit.

Colorado has been the site of some of the most shocking episodes of gun violence in U.S. history, including the 2012 mass shooting at a movie theater in Aurora and the 1999 rampage at Columbine High School near Littleton.

The latest bloodshed came only six days after a gunman in the Atlanta area fatally shot eight people at three day spas before he was arrested.

The two mass shootings are likely to intensify pressure on Democratic President Joe Biden to fulfill his campaign pledge to enact tougher gun limits. But legislation to ban assault-style weapons and tighten background checks has stalled amid Republican opposition in Congress.

"I don't need to wait another minute, let alone another hour, to take common-sense steps that will save lives in the future," Biden said at the White House on Tuesday. "This is not and should not be a partisan issue."

House of Representatives Speaker Nancy Pelosi and Senate Majority Leader Chuck Schumer, the Democratic leaders in Congress, said on Tuesday that the violence underscored the need for stricter gun laws.

Biden also ordered U.S. flags to fly at half-staff in honor of the victims; they had just been raised at sunset on Monday after having been lowered following the Atlanta killings.

Details about Alissa were slowly emerging. He is a naturalized U.S. citizen from Syria, according to two U.S. law enforcement officials briefed on the matter.

Ali Aliwi Alissa, the alleged shooter's 34-year-old brother, told The Daily Beast that his sibling was antisocial and paranoid.

Alissa had at least two previous run-ins with the law, according to an Arvada Police Department spokesman, who said there were criminal reports of a third-degree assault in 2017 and of criminal mischief in 2018. Details were not immediately available, and it was unclear whether Alissa was convicted of an offense.

He graduated from Arvada West High School in May 2018, according to school district spokeswoman Cameron Bell. Records show he was on the wrestling team for two seasons, she said.

An archived Facebook page that appeared to belong to Alissa said he was interested in computer science and kick-boxing.