SALT LAKE CITY — A bill originally drafted to require information about consent be taught in school sex education courses failed in the House Friday — even though the latest version of HB177 no longer mentioned consent in the context of instruction.

The House of Representatives voted 31-39 to defeat the bill, which had been substituted four times in an attempt to address concerns. The fourth version only mentioned consent with respect to schools obtaining written parental consent for students to opt-in to sex education instruction.

The bill's sponsor, Rep. Carol Moss, D-Holladay, said in the process of running the legislation she had learned from higher education officials that one of the greatest challenges colleges face with freshmen is that they have little knowledge or understanding about consent. Regrettably, rates of sexual abuse and violence are on the upswing, she said.

"They wish we would have more instruction at the high school level. Beyond that, only 45% of our students go on to higher education so what about all those students that won't get this when they go to college? This is the only time, in high school and junior high, that they may get this information," said Moss, a retired high school teacher.

The fourth substitute of the bill called on the Utah State Board of Education to establish curriculum requirements that include instruction on sexual violence behavior prevention and sexual assault resource strategies, meaning the tools students can use to get help if they are sexually assaulted.

Sexual violence behavior prevention instruction would cover a student understanding that no one has the right to touch an individual in a sexual manner if that individual does not want to be touched, recognizing grooming, coercion and emotional manipulation as well as developing students' communication skills with respect to boundaries and respecting others' boundaries.

The bill was also amended to include language that the curriculum would also include instruction on the "illegality of sexual activities with minors."

Even if the bill passed, changing curriculum requirements would require a process overseen by the State School Board, she said. 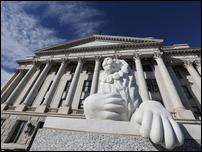 Legislation that would have required Utah's sex education curriculum to include instruction about consent — including what does not constitute consent — was defeated by the House Education Committee Monday by a vote of 7-4.

"It's not immediately going to change anything without a lot of people reviewing it," Moss said.

Despite multiple changes to the bill, some representatives were still uneasy.

"I think this bill is headed in the wrong direction, something better left to professionals who understand the legal concept of consent, and to parents who better know their child," said Rep. Merrill Nelson, R-Grantsville.

Nelson said even though the term consent was removed from the bill, "instruction will likely lead to the topic. That was the presentation that we're concerned about sexual assault and that inevitably includes the concept of consent. ... That participation is typically silent so what that leads to is exposing the participants one or the other to a claim of sexual assault a week later, a month later or a year later after the conduct has occurred because there was no supposedly no verbal consent."

He added: "I'm just making the point that consent is a loaded term. It's not easy to define. It varies heavily from case to case, and I don't think our teachers are equipped to teach this consent, especially to children in seventh grade."

Moss said she sponsored the legislation because "I care deeply about the health and safety of our young people. I think I fell short as a mother because I didn't give the information that I might have given had I had more education myself," she said.

In testimony during committee hearings, some women who supported the bill said they believe they would not have experienced sexual abuse and rape if they had known about consent.

Moss took aim at a State School Board member who had openly lobbied against the bill with information that Moss said was "blatantly false. That's been a big hindrance to this bill, and it's not right and it's not fair for someone who oversees educational programs to do this."

A number of State School Board member Natalie Cline's social media posts urged parents to reach out to their elected representatives to express opposition to the bill.