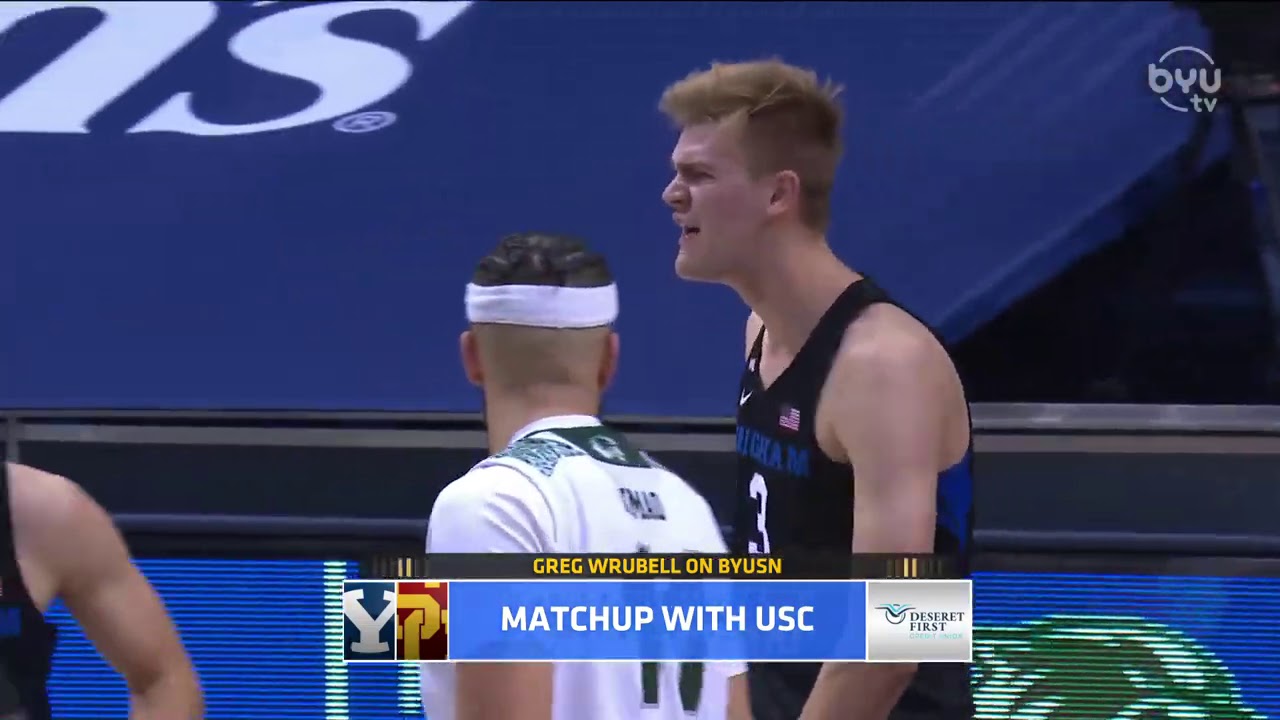 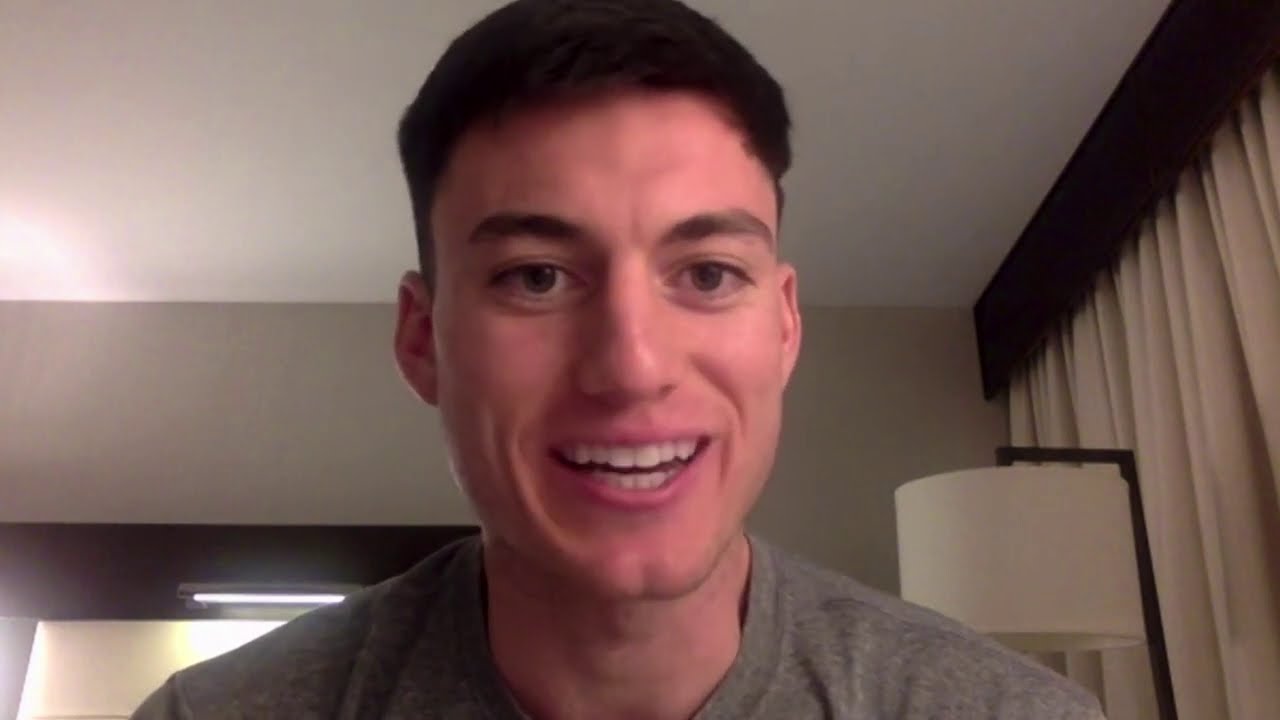 SALT LAKE CITY — Call it a blowout in the bubble.

BYU's undefeated start to the season deflated Tuesday afternoon in the Cougars' first game away from the Marriott Center.

Drew Peterson had 19 points and five rebounds, and Evan Mobley tallied his first career double-double with 17 points and 11 rebounds to lift Southern California to a 79-53 rout of BYU inside Mohegan Sun Arena in Uncasville, Connecticut.

Tahj Eddey added 16 points, and Isaiah Mobley supplied 11 points and 11 rebounds for the Trojans, who improved to 3-0 after wins over Cal Baptist and Montana.

Outshot. Outrebounded. Make no mistake, the Cougars (3-1) were outplayed in nearly every way by the Trojans, who outscored BYU 40-22 in the paint in a very different challenge than the first three opponents of Westminster, New Orleans and Utah Valley.

"We're ready to play tougher competition," BYU guard Alex Barcello told BYUtv before the game. "We played three great teams at the start, but USC is going to be tough."

They didn't help themselves, either, in their first game away from the Marriott Center, a home venue converted into a bubble before traveling to "Bubbleville," otherwise known as the Mohegan Sun, built on tribal land in rural Connecticut.

BYU was outscored 19-0 in second-chance points, converting zero points off 15 offensive rebounds. The Cougars didn't have an offensive board until freshman Caleb Lohner entered the game off the bench late in the first half. He finished with three, but also shot 0 for 4 from three.

"It's super disappointing," BYU coach Mark Pope told BYU radio following the loss. "It's not just a loss; it's a real gut-check, a reality loss. That's just — my gosh — an awful performance from the head coach. I didn't help the team at all.

"I don't know what to say. That loss can't happen again."

BYU got off to a slow start, making just three of their first 10 field goals and missing five in a row that sparked USC's 7-0 run for an 11-7 edge early in Haarms' first career start with the Cougars.

The Cougars' 3-point shooting was flipped upside down early, especially from the guard line. BYU guards and wings missed their first five 3-point attempts, while Haarms and fellow big man Kolby Lee were 2 for 3 from distance, and Haarms capped a 9-2 run with a dunk to give BYU its first lead, 18-17 with 8:39 to go. But the game plan wasn't enough for BYU to take advantage, especially with a frontcourt that was missing Gavin Baxter due to a season-ending ACL injury.

Barcello, who averaged 21.3 points in the Cougars' first three games, had just 2 points at the break. He finished with 8 points, four rebounds and four assists.

After making eight of their first 18 shots, the Cougars finished the half just 1-of-19 from the field.

The Trojans added another 13-2 run in the first seven minutes of the second half to put the game out of reach when Mobley reached a double-double with just over 15 minutes remaining.

"I know is incredibly long and talented," Pope said. "We didn't feel right from the get-go, and were a little stagnant. We just couldn't get ourselves to go. That is just incredibly disappointing. Our job is to figure it out, and we've got to respond."

If there was a bright spot, it may have been the play of George. The 6-foot-6 New Mexico Junior College transfer was the only BYU player with multiple buckets who shot 50% from the field or better, knocking down 4 of 8 from the field and 3 of 3 from the free-throw line.

The Minna, Nigeria, native also had six rebounds and an assist in 22 minutes off the bench.

But Pope didn't want to hear any of it, and neither did George, the coach alluded after players were immediately escorted back to isolation following the loss (and before interviews with the media).

"I love Gideon. He showed some fight tonight, and he's competing," Pope said. "But I'm not sure there are any bright spots. Those don't exist here; it's a team deal.

"When you take a shellacking like that, it's awful. And it's 100% on me. It came out of left field, it's a real gut-punch, and we have to fix it — as an organization."

With due respect to George, there were none of those positives or "silver linings" in the Cougars' camp as they retreated back to their hotel rooms and isolated spaces. There was just hurt and anger and stewing.

"It's going to be a miserable night," Pope said. "But you have to go through the process. The whole world is going to see who we are tomorrow, and we have to find out, as well.

"We're going to mourn and grieve and piss and moan a little bit here, and acknowledge this performance for what it is. We'll learn from it; it's going to be really painful for the next couple of hours because it deserves to be … But then we have to get constructive. We'll fix it. There's no way we'll walk on the floor like this tomorrow. There is no way; it can't happen."

BYU closes out the Legends Classic against St. John's, a last-minute opponent after Vanderbilt withdrew from "Bubbleville" following a positive test result for COVID-19. The Cougars and Red Storm will tip off at 3 p.m. MT Wednesday on ESPN2.

"They're going to test us to our capacity or beyond it," Pope said of St. John's, which moved to 3-0 with a 97-93 win over Boston College. "Like we said all along, it's a ridiculously hard schedule, and we're going to get exposed like we did today in a lot of ways. Hopefully, we have some better answers tomorrow."