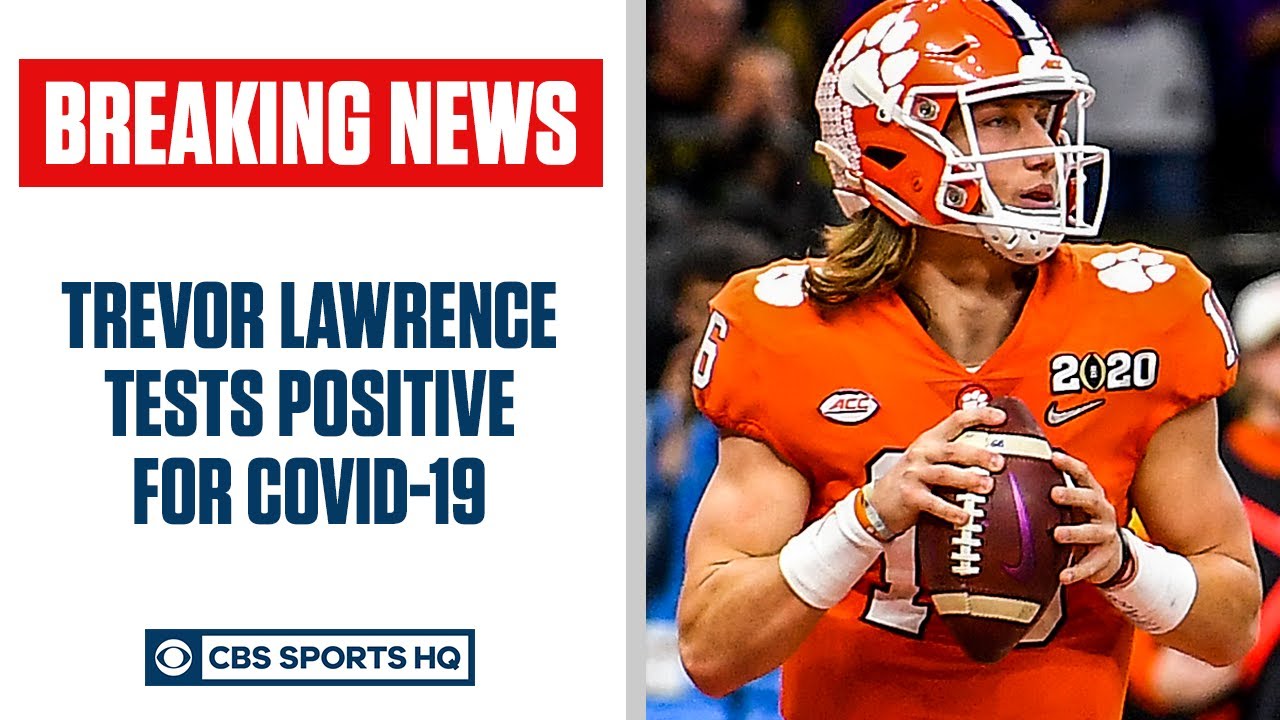 CLEMSON, S.C. (AP) — Clemson quarterback Trevor Lawrence has tested positive for COVID-19, putting into doubt whether the face of college football will be available to play the top-ranked Tigers' biggest game of the season.

Clemson coach Dabo Swinney said in a statement released by the school Thursday night that Lawrence is in isolation with mild symptoms.

Swinney said Lawrence would miss Clemson's game Saturday against Boston College. The Tigers are scheduled to play No. 4 Notre Dame in South Bend, Indiana, on Nov. 7.

Individuals who test positive for COVID-19 must isolate for a minimum of 10 days.

Lawrence said in a statement on Twitter that his symptoms have been "relatively mild" and he was following protocol fron Clemson and the ACC about the virus.

"The only thing that hurts is missing an opportunity to be with my teammates this weekend and play the game I love," he said.

Lawrence said he'd be watching and cheering for the Tigers from isolation.

The junior from Georgia is a leading contender for the Heisman Trophy and potentially the top overall pick in next year's NFL draft. He led the Tigers (6-0, 5-0 Atlantic Coast Conference) to a national championship as a freshman and back to the College Football playoff championship game last season. Clemson's loss to LSU in the title game was the first — and still only — game the Tigers have lost in Lawrence's 32 career starts.

Lawrence created a stir earlier this week when asked about his NFL future said he still had the option to stay or leave.

"My mindset has been that I'm going to move on," Lawrence said Tuesday. "But who knows? There's a lot of things that could happen."

Swinney said that while Lawrence will be missed against the Eagles (4-2, 3-2), it was an "opportunity for other guys to step up."

Freshman passer D.J. Uiagalelei has been the first in after Lawrence this season when games get out of hand. Uiagalelei, at 6-4 and 250 pounds, was rated the country's second-best college prospect by Rivals.com last season. He enrolled in January and went through spring drills until the coronavirus pandemic shut down college sports last March.

Uiagalelei has completed 12 of 19 passes for 102 yards. The Tigers also have used sophomore Taisun Phommachanh and Hunter Helms at quarterback this season.

Clemson has won its past 27 games against ACC competition and the past nine against Boston College.