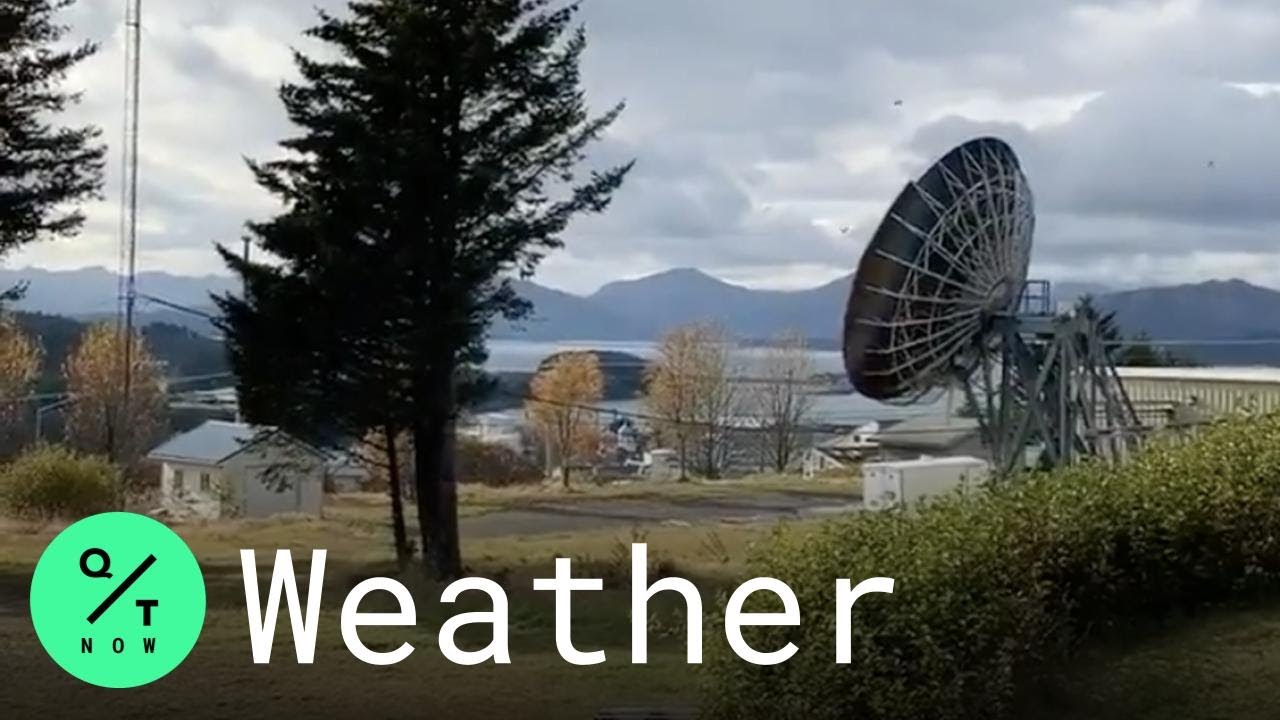 JUNEAU, Alaska (AP) — A magnitude 7.5 earthquake prompted a tsunami warning Monday for a nearly thousand-mile stretch of Alaska's southern coast, with waves over 2 feet at the nearest community as the threat subsided.

The quake was centered near Sand Point, a city of about 900 people off the Alaska Peninsula where wave levels late Monday topped 2 feet (0.61 meters), according to the National Tsunami Warning Center. The warning was downgraded to an advisory just over two hours after the quake hit.

"It was a pretty good shaker here," said David Adams, co-manager of Marine View Bed and Breakfast in Sand Point. "You could see the water kind of shaking and shimmering during the quake. Our truck was swaying big time."

Adams didn't take any photos or video: "It just kind of happened all of a sudden."

The quake struck in the North Pacific Ocean just before 1 p.m. It was centered about 67 miles (118 kilometers) southeast of Sand Point, according to the Alaska Earthquake Center. The community is about 800 miles (1,288 km) southwest of Anchorage. The quake was recorded at a depth of 19 miles (30 kilometers).

The National Tsunami Warning Center in Palmer, Alaska, said the tsunami warning — and later advisory — was in effect for roughly 950 miles (1,529 kilometers), from 40 miles (64 kilometers) southeast of Homer to Unimak Pass, about 80 miles (129 km) northeast of Unalaska.

The quake was felt widely in communities along the southern coast, including Sand Point, Chignik, Unalaska and the Kenai Peninsula, according to the Alaska Earthquake Center, which said a magnitude 5.2 aftershock was reported 11 minutes later, centered roughly in the same area.

Patrick Mayer, superintendent of the Aleutians East Borough School District, said parents picked up their children from Sand Point School, which also served an evacuation point. The earthquake was felt to varying degrees at the other four schools in the district, the closest of which is 90 miles away, he said.

Mayer said a school bus was dispatched to a fish processing facility to bring workers to the school since it's on high ground.

The workers were to wear masks to protect against the spread of the coronavirus, he said, in a community where there have been only "limited cases."

Public safety officials in King Cove urged residents to remain vigilant after the warning was downgraded and to stay off the beach and out of harbors and marinas. Waves by late afternoon in King Cove were less than 2 feet (0.61 meters), according to the National Tsunami Warning Center.

A Tsunami Warning was issued for South Alaska and the Alaska Peninsula following a strong earthquake. Check https://t.co/c9d70Xm7a7 for the most up to date details. pic.twitter.com/3GanLJn3Ta

The size of the quake was originally reported to have been a magnitude of 7.4, but was revised to a 7.5, said Paul Caruso, a geophysicist with the U.S. Geological Survey. He said an earthquake of this size, in this area, is not a surprise.

Rita Tungul, front desk assistant at the Grand Aleutian Hotel in Unalaska, said she felt some shaking but it wasn't strong. Her coworker didn't feel the quake at all, she said.

Connie Newton, owner of the Bearfoot Inn, a grocery store, liquor store and small hotel in Cold Bay, said the temblor it felt like someone drove into her building with a truck. Still, nothing fell to the ground and she said she suffered no damage because she earthquake-proofed her stores by installing 2-inch (5-cm) risers around the outside of her shelves.