Trump's US Supreme Court pick says she has 'no agenda' on Obamacare, abortion 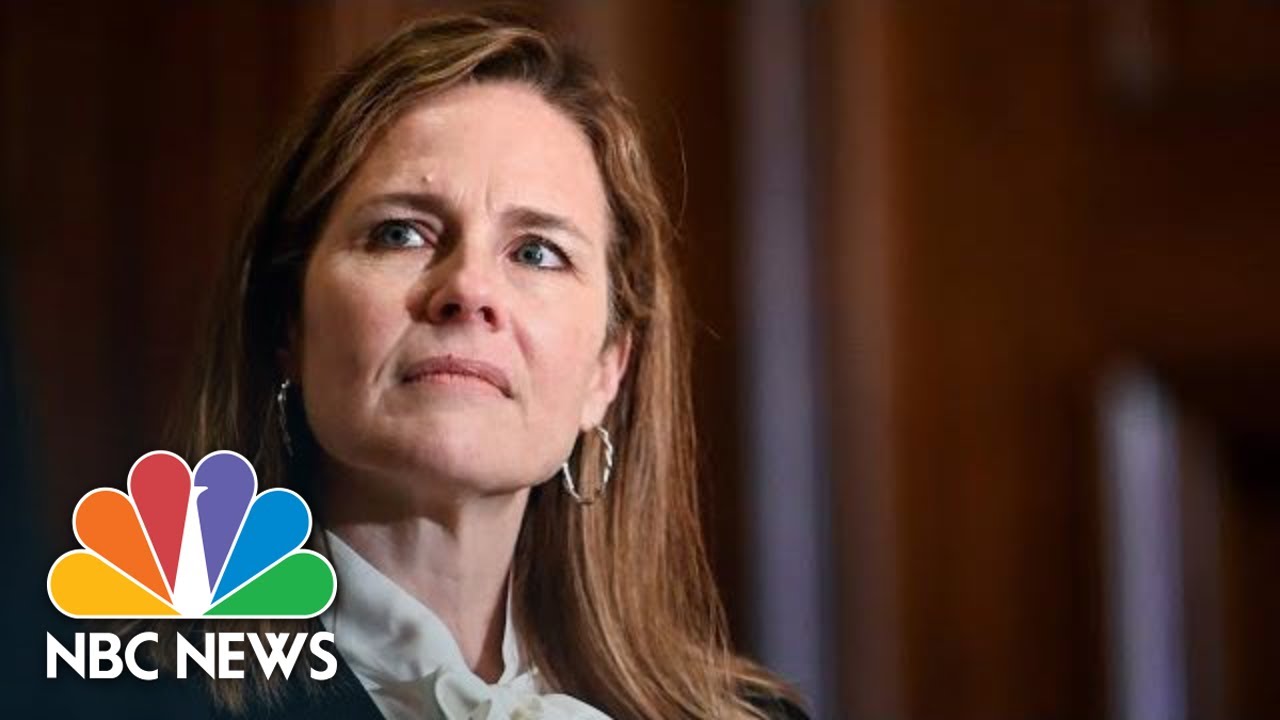 WASHINGTON (Reuters) — President Donald Trump's Supreme Court nominee, Amy Coney Barrett, said on Tuesday she gave no commitments to the White House on how she would rule on Obamacare or election-related cases and declined to say if she believed landmark rulings legalizing abortion and gay marriage were properly decided.

Barrett opted not to say whether she would step aside from taking part in a major Obamacare case to be argued on Nov. 10 or in any disputes arising from the Nov. 3 election — as Democrats have requested — as she answered questions for the first time on the second day of her Senate Judiciary Committee confirmation hearing.

The marathon questioning gave the conservative U.S. appellate judge a chance to respond to Democrats who oppose her because they fear she will cast a decisive vote in striking down the 2010 healthcare law formally called the Affordable Care Act and its protections for people with pre-existing conditions.

"I am not here on a mission to destroy the Affordable Care Act," Barrett said. "I'm just here to apply the law and adhere to the rule of law."

Trump has asked the Senate, controlled by his fellow Republicans, to confirm Barrett before Election Day. Trump has said he expects the Supreme Court to decide the election's outcome as he faces Democratic challenger Joe Biden.

Barrett said no one at the White House sought a commitment from her on how she would rule on that or any issue.

While Democrats were persistent in their questioning, the hearing retained a respectful tone and Barrett remained even-tempered while nimbly sidestepping questions on her views on abortion, LGBT rights, gun control and voting rights.

In the Obamacare case, Trump and Republican-led states are seeking to invalidate the law. Barrett said the case centered on a different legal issue from two previous Supreme Court rulings that upheld Obamacare that she has criticized.

The law, signed by Trump's Democratic predecessor, Barack Obama, has enabled millions of Americans to obtain medical coverage. Democrats have blasted Trump for trying to kill Obamacare amid a deadly pandemic.

Democratic senators including vice presidential nominee Kamala Harris on Monday painted President Donald Trump's Supreme Court nominee Amy Coney Barrett as a threat to the Obamacare healthcare law during a deadly pandemic and denounced the Republican drive to approve her before the Nov. 3 U.S. election.

In declining to commit to stepping aside on politically charged cases in light of her nomination so near an election and comments made by Trump on the issues, Barrett said she would follow rules giving justices the final say on recusal amid questions about impartiality.

Republicans have a 53-47 Senate majority, making Barrett's confirmation a virtual certainty. If confirmed, Barrett, 48, would give conservatives a 6-3 Supreme Court majority. She is Trump's third Supreme Court nominee.

Abortion rights advocates fear Barrett would vote to overturn the 1973 Roe v. Wade ruling that legalized abortion nationwide. Asked about the ruling, Barrett said she would consider the usual factors on whether to overturn a precedent.

But Barrett indicated Roe v. Wade was not a "super-precedent" that could never potentially be overturned.

"I'm answering a lot of questions about Roe, which I think indicates Roe does not fall in that category. Scholars across the spectrum say that doesn't mean that Roe should be overruled, but descriptively it does mean it is not a case that everyone has accepted," Barrett said.

Senator Dianne Feinstein, the panel's top Democrat, asked Barrett whether she agreed with her mentor, the late conservative Justice Antonin Scalia, that Roe v. Wade was wrongly decided and should be overturned.

After Barrett sidestepped, Feinstein told her that "it's distressing not to get a straight answer."

Barrett, a devout Catholic and a favorite of religious conservatives, said she could set aside her religious beliefs in making judicial decisions.

"I do see as distinct my personal moral religious views, and my task of applying laws as a judge," Barrett said.

Barrett would not say whether she agreed with Scalia that the 2015 Supreme Court Obergefell v. Hodges ruling legalizing gay marriage nationwide was wrongly decided.

She also declined to comment specifically on whether presidents should commit to a peaceful transfer of power if they lose an election. Trump created a furor in September when he refused to make that commitment.

"To the extent that this is a political controversy right now, as a judge I want to stay out of it and don't want to express a view," Barrett told Democratic Senator Cory Booker.

Prompted by Booker again to comment, she said: "One of the beauties of America from the beginning of the republic is that we have had peaceful transfers of power."

Asked about George Floyd, a Black man killed by Minneapolis police in May in an incident that triggered widespread protests, Barrett called the issue "very, very personal for my family" because among her seven children, two — adopted from Haiti — are Black. Barrett said she and one of her daughters, Vivian, cried together after seeing the video.

Barrett said racism persisted in America but declined to give her view on whether it was systemic or how it should be addressed.

Trump nominated Barrett to a lifetime post on the court on Sept. 26 to succeed the late liberal Justice Ruth Bader Ginsburg. The four-day confirmation hearing is a key step before a full Senate vote due by the end of October on Barrett's confirmation.

(Reporting by Andrew Chung in New York and Lawrence Hurley and Patricia Zengerle in Washington; Editing by Will Dunham and Peter Cooney)