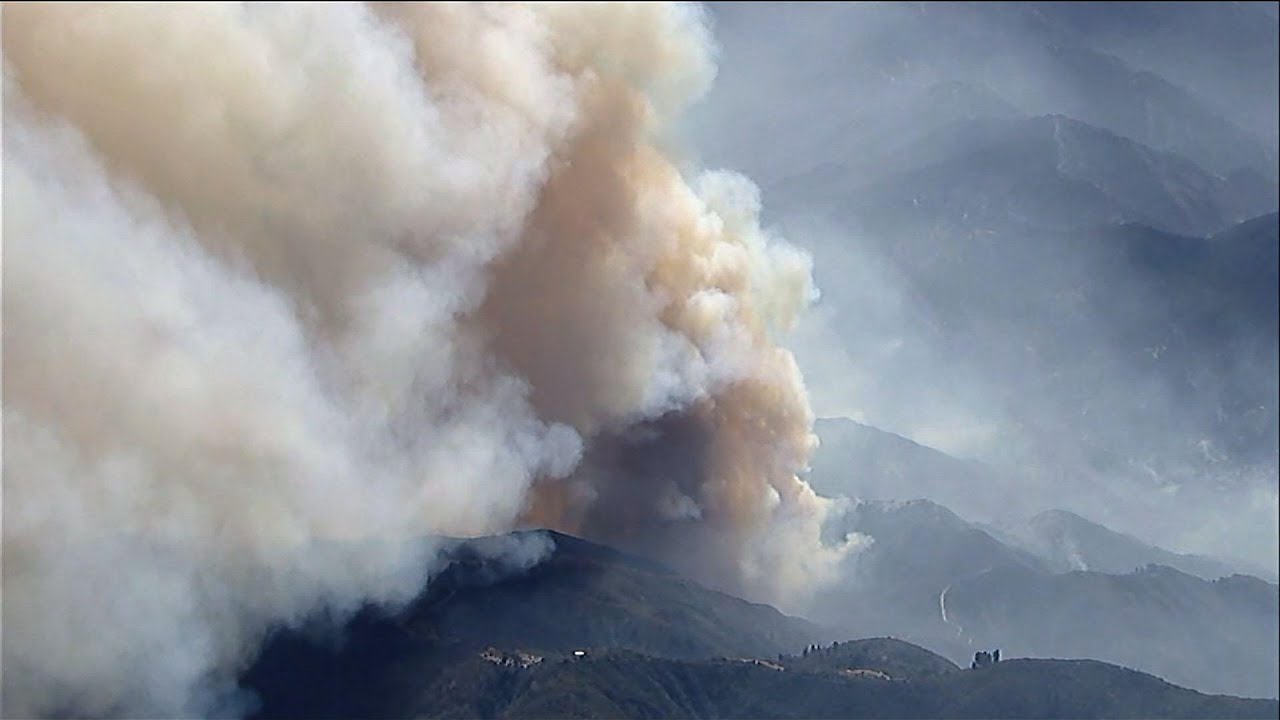 YouTube: Fire is one of largest ever in Los Angeles County

LOS ANGELES (AP) — An enormous wildfire that churned through mountains northeast of Los Angeles and into the Mojave Desert was still threatening homes on Monday and was one of more than two dozen major fires burning across California.

Five of the largest wildfires in state history are currently burning and more than 5,600 square miles have been charred, an area larger than the state of Connecticut, Gov. Gavin Newsom said.

At 165 square miles, the Bobcat Fire is one of the largest ever in Los Angeles County after burning for more than two weeks. It's just 15% contained.

Evacuation orders and warnings are in place for thousands of residents in foothill and desert areas, where semi-rural homes and a popular nature sanctuary have burned. Statewide, at least 23,000 people remain evacuated, Newsom said.

No injuries have been reported for the fire about 50 miles northeast of downtown Los Angeles.

Erratic winds that drove flames into the community of Juniper Hills over the weekend had died down, said U.S. Forest Service spokesman Larry Smith.

“It's slightly cooler too, so hopefully that will be a help to firefighters,” Smith said.

Numerous studies in recent years have linked bigger U.S. wildfires to global warming from the burning of coal, oil and gas, especially because climate change has made California much drier. A drier California means plants are more flammable.

Early estimates are that 6,400 buildings have been destroyed across the state, but Newsom said “by no stretch of the imagination do we think this tells the entire story.” Damage assessments are ongoing, he said.

The Bobcat Fire started Sept. 6 and has doubled in size over the last week as it ripped through forested areas that hadn’t burned in decades. The cause is under investigation.

Firefighters battled back against another flareup near Mount Wilson, which overlooks greater Los Angeles in the San Gabriel Mountains and has a historic observatory founded more than a century ago and numerous broadcast antennas serving Southern California.

Flames destroyed the nature center at Devil’s Punchbowl Natural Area, a geological attraction that sees some 130,000 visitors per year. A wildlife sanctuary on the property was undamaged, and staff and animals had been evacuated days earlier.

Nearly 19,000 firefighters in California are currently battling 27 major blazes, Newsom said. At least 7,900 wildfires have erupted in the state this year, many during a mid-August barrage of dry lightning ignited parched vegetation.

Twenty-six people have been killed. Officials were investigating the death of a firefighter at another Southern California wildfire that erupted earlier this month from a smoke-generating pyrotechnic device used by a couple to reveal their baby’s gender.

The death occurred Sept. 17 in San Bernardino National Forest as crews battled the El Dorado Fire about 75 miles east of Los Angeles, the U.S. Forest Service said in a statement. That blaze is 59% contained.

In Wyoming, officials warned that gusty winds on Monday could cause more growth of a wildfire burning toward cabins and an important water supply reservoir that's a major source of water for the state’s capital city, Cheyenne. The fire in the Medicine Bow National Forest is burning in heavily forested, rugged terrain which would usually be busy now with hunters at the start of elk hunting season.

And in Colorado, more evacuations were ordered on Sunday as winds caused the state's largest wildfire to grow. Firefighters had to temporarily retreat from the massive Cameron Peak Fire near Red Feather Lakes. Flames later spread into flatter ground which gave crews a better chance to battle the blaze, fire managers said.

More than 9,000 firefighters continue to battle 27 large wildfires across Oregon and Washington, where thousands of residences have been destroyed, the Pacific Northwest Region of the Forest Service said.