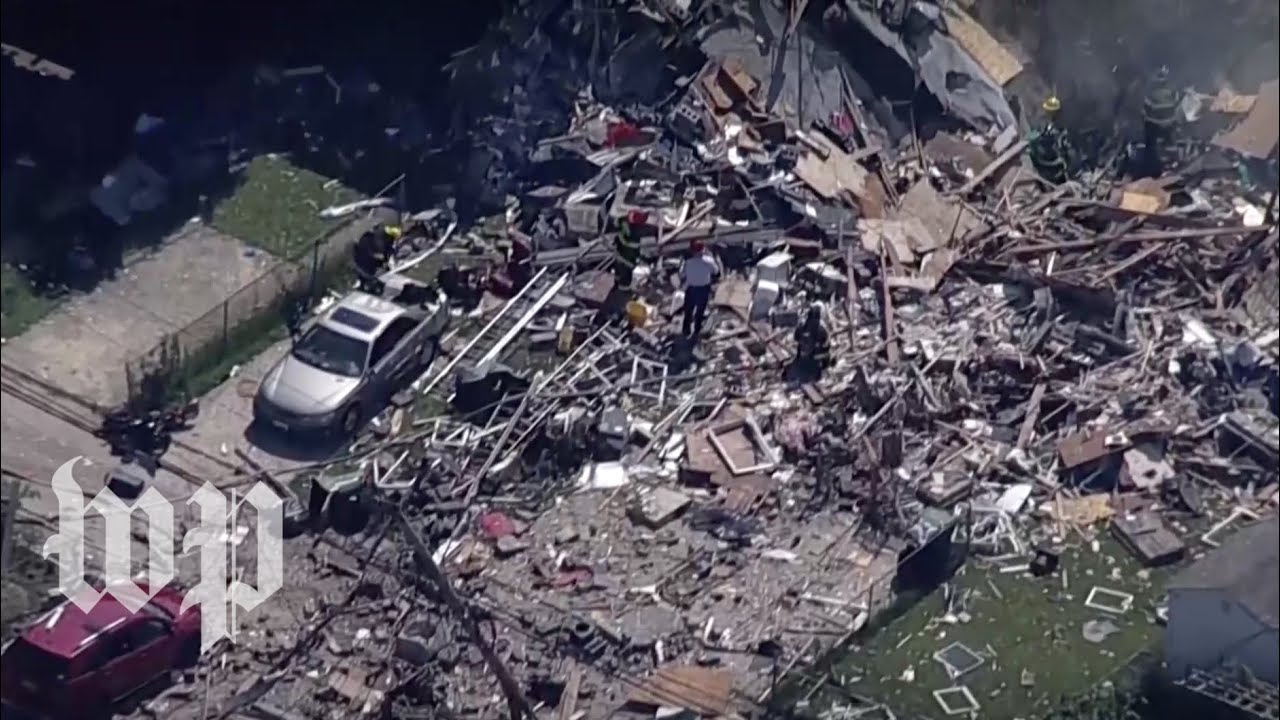 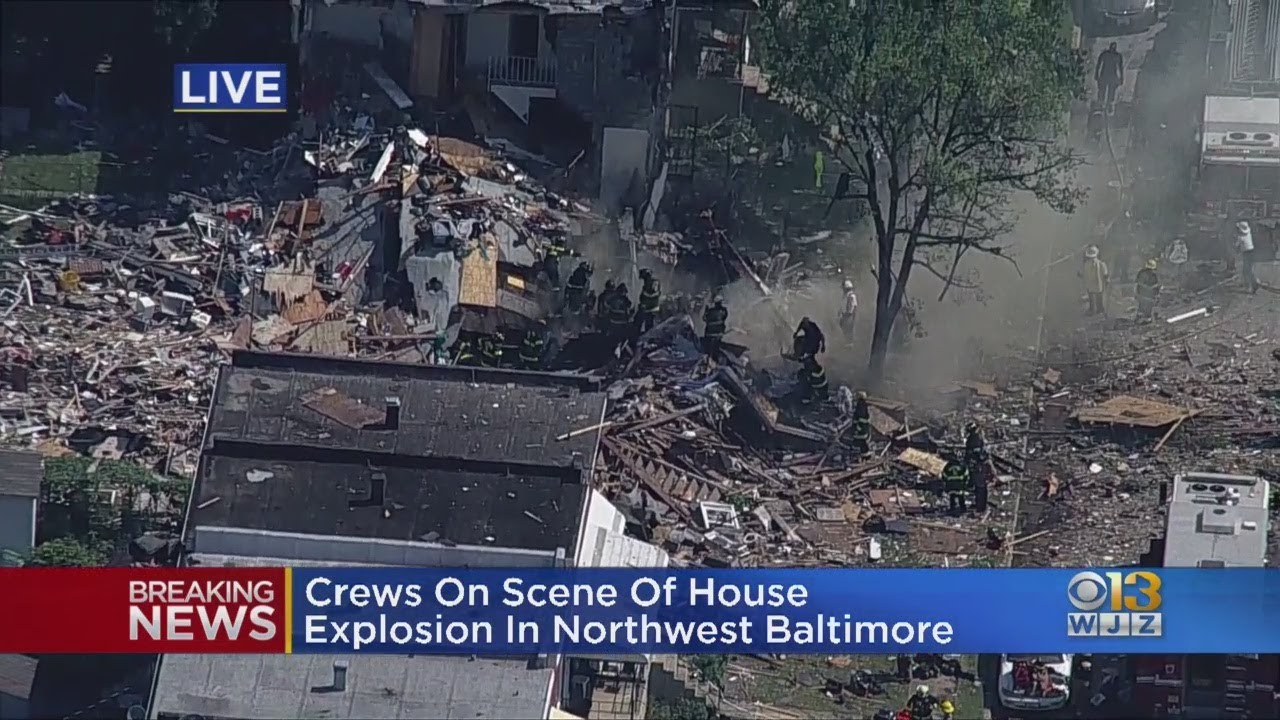 Crews On Scene Of House Explosion In NW Baltimore

BALTIMORE (AP) — A natural gas explosion destroyed three row houses in Baltimore on Monday, killing a woman and trapping other people in the wreckage. At least four people were hospitalized with serious injuries as firefighters searched for more survivors.

Dozens of firefighters converged on the piles of rubble. A fourth house in the row was ripped open, and windows were shattered in nearby homes, leaving the neighborhood strewn with debris and glass.

“It’s a disaster. It’s a mess. It’s unbelievable,” said Diane Glover, who lives across the street. The explosion shattered her windows and blew open her front door, bending the frame. “I’m still shaken up,” she said hours later.

Four of the homes' occupants were taken to hospitals in serious condition, while an adult woman was pronounced dead at the scene, a fire spokeswoman said. Rescuers were painstakingly going through the wreckage by hand. About two hours after the explosion, a line of firefighters removed a person on a stretcher to a waiting ambulance.

“They were beneath the rubble,” Adams said. “You have homes that were pretty much crumbled ... A ton of debris on the ground. So, we’re pulling and trying to comb through to see if we can find any additional occupants.”

While the cause wasn’t immediately clear, The Baltimore Sun reported last year that dangerous gas leaks have become much more frequent, with nearly two dozen discovered each day on average, according to the utility’s reports to federal authorities. The Baltimore Gas and Electric Co. has thousands of miles of obsolete pipes that need to be replaced, an effort that would cost nearly $1 billion and take two decades, the newspaper said.

BGE turned off the gas in the immediate area after receiving an “initial call” from the fire department at 9:54 a.m. on Monday, utility spokeswoman Linda Foy said.

“We are on the scene and working closely with the fire department to make the situation safe," she said, without answering any questions from reporters. "Once the gas is off, we can begin to safely assess the situation, including inspections of BGE equipment.”

Glover, 56, and her 77-year-old father, Moses Glover, were at home when the massive explosion shook their house, knocking over a fan and some of her DVDs.

“I jumped up to see what was going on. I looked out the bathroom window and there was a house on the ground,” she said. “It sounded like a bomb went off.”

Neighbors scrambled toward the rubble, calling out for survivors. Kevin Matthews, who lives on the block, told The Sun that he could hear trapped children shouting: “Come get us! We’re stuck!” Firefighters and police officers then showed up and took over.

I looked out the bathroom window and there was a house on the ground.

BGE asked the Maryland Public Service Commission in 2018 to approve a new gas system infrastructure and a cost recovery mechanism to pay for upgrades needed to close the system’s many leaks.

“Founded in 1816, BGE is the oldest gas distribution company in the nation. Like many older gas systems, a larger portion of its gas main and services infrastructure consists of cast iron and bare steel – materials that are obsolete and susceptible to failure with age," the utility said.

When aging pipes fail, they tend to make headlines. Last year, a gas explosion ripped the façade off a Maryland office complex in Columbia, affecting more than 20 businesses. No one was injured in the explosion, which happened early on a Sunday morning. In 2016, a gas main break forced the evacuation of the Baltimore County Circuit Courthouse. Under Armour Inc. had to evacuate its Baltimore office after a gas main break in 2012.