The Paint Mine Fire was 75% contained as of Thursday, according to Utah fire officials. It was last reported at 2,665 acres, according to the Bureau of Land Management West Desert District.

Crews are working to rehab the interior of the fire area, as well as repairing resource damage, officials said. The fire is currently under the jurisdiction of a federal interagency firefighting team but is expected to transition back to a local team Friday morning, officials said.

Several other wildfires continue to burn across Utah. This story will be updated if more wildfire updates become available.

Crews in Box Elder County continue to gain ground after 30 lightning-caused wildfires sparked Sunday evening when a powerful thunderstorm moved through the area.

Most of those fires were contained as of Thursday, but fire officials discovered two new fires on Wednesday evening.

The Shelter Pass Fire had burned 8,932 acres and was 15% contained as of Thursday, according to Utahfireinfo.gov. It was discovered on Tuesday and is burning on the north end of the Hogup Mountains west of the Great Salt Lake.

The Prospect Springs Fire is located south of I-84 near Snowville. It was 607 acres and 20% contained as of Thursday. 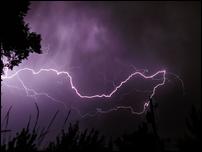 Officials said Wednesday that crews had discovered two more fires believed to be caused by a thunderstorm Sunday night.

The Peavine Canyon and Poison Canyon fires in San Juan County have not grown in recent days, but a small new fire sparked Tuesday in the same area, fire officials said.

The Chippean Fire was reported at 12 acres as of Wednesday evening in the Abajo Mountains in southeast Utah, according to a news release from the Manti-La Sal National Forest. Its containment was not known as of Thursday morning.

The fire started when lightning struck a ponderosa pine and flames spread to fuels on the ground, the news release said.