Police: Drowsy truck driver crashes into construction zone on I-215

NORTH SALT LAKE — The driver of a box truck that crashed on westbound I-215 early Wednesday morning has been cited, according to the Utah Highway Patrol.

The box truck was westbound on I-215 about 4 a.m. when it drifted to the right, hit a cement construction barrier and ended up high-centered over the barrier, according to Utah Highway Patrol Sgt. Nate Powell.

The truck driver was not injured, Powell said, and no other vehicles or people were involved. The crash closed the westbound lanes of traffic for three and a half hours. Crews used tow trucks to remove the box truck around 6:30 a.m. and the freeway reopened before 7:30 a.m.

New: UHP looking into fatigued driving by box truck driver. It went up and over the barrier. They almost have it ready to haul away. Happened at 4AM. I215 South out of Davis Co at Redwood Road. pic.twitter.com/AewlrndeNW

Now that it’s been pulled out a bit by the tow truck, it’s a box truck that’s off the road. @KSL5TV#KSLAMpic.twitter.com/MIv47JmxBn

I215 WB closed North Salt Lake. Big tow truck just arrived behind me to haul this semi trailer off the cement barrier. pic.twitter.com/E5ewG9bk2U

Investigators believe the driver was tired.

"If it was fatigue — we've all experienced getting drowsy while we're driving," Powell said. "As soon as you feel that drowsiness, come on that's when you need to pull over and do something about it."

The truck crashed into a construction zone and Powell is asking Utahns to be aware when they're driving near workers.

"They've got family and homes to go home to," he said. "Please give them the courtesy of slowing down and watching for where there at."

The roads will be very busy during Memorial Day weekend and Powell said drivers need to keep distractions to a minimum.

"Always, always be looking for what's ahead. A lot of these crashes could be avoided if we keep our eyes up ahead and focus on driving," Powell said. "And some distractions we're all guilty of, but it only takes a second to crash like this. Keep your eyes ahead."

Editor's note: A previous version of this article referred to the crashed vehicle as a semitruck, and said the driver was cited for driving fatigued. He was cited for other things. 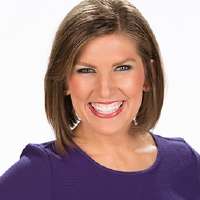