How does the Mormon church select a new president?

The Church of Jesus Christ of Latter-day Saints is led by a three-man governing body called the First Presidency, which includes the president of the church and two counselors. Once a president dies, the First Presidency is dissolved and the two counselors return to the Quorum of the Twelve Apostles, which becomes the governing body of the church.

Although there is no formal procedure for when the vote should take place, it traditionally happens sometime within the week after the president dies. President Monson was ordained about a week (Feb. 3, 2008) after the church’s 15th president, Gordon B. Hinckley, died on Jan. 27, 2008.

Church officials indicated on Wednesday no successor would be named until after President Monson's funeral. 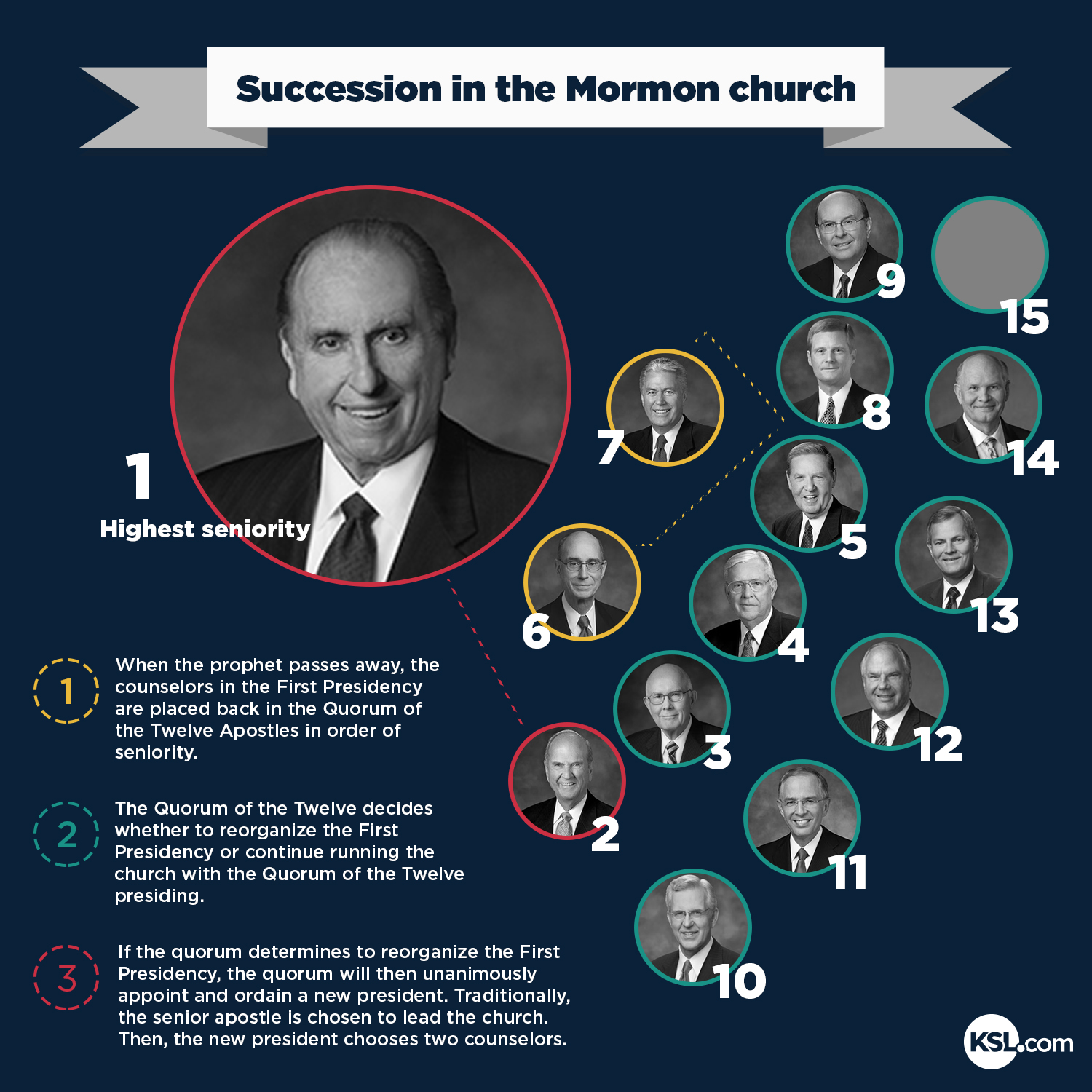