SALT LAKE CITY — Saying Utah should take the lead in discouraging drunken driving, the state Senate voted Wednesday to lower the blood-alcohol content threshold for driving under the influence to .05 percent — the strictest in the nation.

Senate Majority Whip Stuart Adams, R-Layton, the bill's Senate sponsor, said any amount of alcohol can contribute to impairment and suggested that lowering the legal limit from .08 to .05 percent could save as many as 63 lives in Utah each year.

Sen. Jim Dabakis, D-Salt Lake City, opposed the bill, noting the disadvantages to lowering the legal limit from .08 percent — the standard in the U.S.

"Colorado and a lot of other states are ready to go after us, and they look at every opportunity," Dabakis said, warning that the change would hurt Utah's tourism industry.

Gov. Gary Herbert told reporters earlier this week that he was supportive of state lawmakers' actions on alcohol-related legislation during the session.

"I appreciate what we have done with alcohol policy and appreciate the good work of the Legislature," Herbert said, without specifically mentioning HB155.

After the vote, a spokeswoman for the governor's office would only say Herbert is "supportive" of the bill, not whether he would sign it.

The governor previously said he would sign the Legislature's other high-profile alcohol bill, HB442, which allows restaurants that serve alcohol to remove the so-called "Zion Curtain" that shields diners from liquor dispensing. 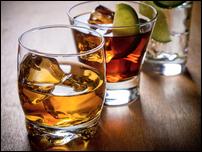 The Church of Jesus Christ of Latter-day Saints issued a statement Wednesday night in support of HB155.

"The passage of this bill further demonstrates Utah's commitment to good public policy and to protecting people from the tragedies that come from drinking and driving," said Eric Hawkins, LDS Church spokesman.

Policy groups from throughout the state were quick to respond to the Legislature's action.

"This is common-sense policy in much of the civilized world, which already has a .05 BAC standard with no discernible harm to tourism," said Derek Monson, director of public policy with the Sutherland Institute.

Others opposed the change, including the American Beverage Institute, which accused lawmakers of damaging the state's hospitality and tourism industries.

Sarah Longwell, the institute's managing director, said a 120-pound woman could reach the .05 percent threshold with a little more than one drink. That woman, she said, would face imprisonment "despite being less impaired than a driver talking on a hands-free cellphone."

"You'll be safer here because people are thinking twice about drinking and driving," Niederhauser said.