DUCHESNE — When she called the police in late July 2014, all the woman wanted was help getting her car, purse and other personal items back from her estranged husband.

Instead, the woman testified Thursday, she was held against her will for about two hours by Myton Police Chief Thomas Wade Butterfield while he drove her around in his patrol car and talked about his sex life.

"He asked me if I ever thought about having sex with a cop," the woman said during Butterfield's preliminary hearing, adding that he later told her, "My car is like Vegas: What happens here, stays here."

"I just wanted to be out of the car," the woman testified.

She told the court she asked Butterfield to pull over and let her out "five to 10 times" during the drive, but he ignored her and she feared what might happen if she became more forceful.

"With him being in authority, he could make things a lot worse for me because he's a cop," she testified, noting that two days after her initial contact with Butterfield she woke up to find him standing in her bedroom.

The woman said when she asked Butterfield how he got into her house, he told her, "I'm a cop. They teach us how to do those kinds of things," then followed her to the couch and put his hand on her leg. Only her father's sudden arrival at the house ended the encounter before it went any further, she testified.

The woman is one of three women who came forward in late 2014 with allegations that Butterfield stalked them. Duchesne County prosecutors charged the veteran lawman in September with three counts of stalking, one count of criminal trespass and one count of unlawful detention. The charges are all misdemeanors.

"With him being in authority, he could make things a lot worse for me because he's a cop."

On Thursday, Judge Samuel Chiara dismissed one stalking count and ordered Butterfield to stand trial on the remaining charges after determining there was sufficient probable cause to issue a bindover order.

Chiara's decision came after two hearings that involved more than four hours of testimony from Butterfield's three accusers. During a hearing on May 11, one of the women testified that Butterfield used "vulgar words" to describe how attractive he found her and expressed his desire to have sex with her.

"I told him that I wasn't interested in any sort of sexual relationship," the woman testified, adding that Butterfield told her he hadn't had sex with his wife in several years and "needed a cool kind of friend that wouldn't cause drama in his life."

She told the court Butterfield repeatedly called her and later showed up at her house uninvited, saying that he wanted to "finish the conversation (about sex)."

"He was pretty persistent talking about sex and commenting on my looks," the woman said. 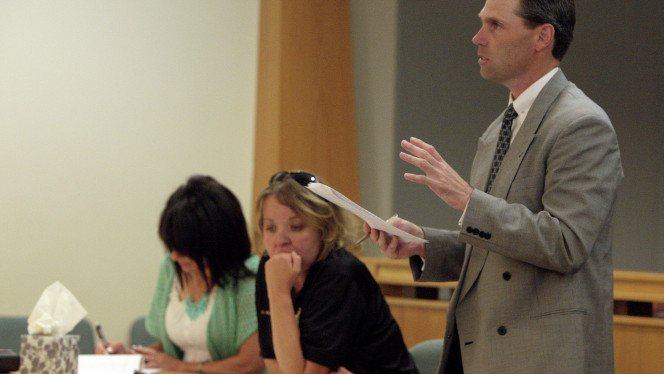 The third woman testified Thursday that she and Butterfield were "old friends" and acknowledged under cross-examination that she has a personality that some might describe as "flirtatious." She told the court Butterfield also let her know about the lack of sex in his marriage and his desire to find another partner, which she said made her feel uncomfortable.

Chiara noted, however, that based on state law, that wasn't enough to charge Butterfield with stalking. The judge said Butterfield's comments to the woman were "clearly inappropriate, but … (Butterfield) would have no reason to believe that that mention alone would cause her to fear of her safety or suffer significant mental or psychological suffering."

Defense attorney Earl Xaiz said after court that even if the women's accounts of what happened are true, his client is not guilty of stalking as defined by state law.

"The testimony that was introduced from the three women who testified, if believed, that conduct would be clearly inappropriate for a police officer," Xaiz said. "The argument is, there's a difference between that conduct and conduct that constitutes criminal stalking."

Xaiz pointed out that Thursday's ruling was only a finding that the state has enough evidence to take the case to trial. "It was not a finding of guilt," he said.

The Duchesne County case is not the first time Butterfield has been accused of inappropriate conduct involving women, according to court records, interviews with former employers and with a woman who says Butterfield victimized her. 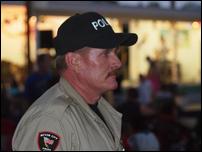 Holli Stewart told the Deseret News in November that she found Butterfield sitting on the edge of her bed in 1999 after ending her relationship with him.

"What are you doing here? … How did you get in?" Stewart asked.

Butterfield, who was a Lehi police officer at the time, was charged in 4th District Court with criminal trespass, a class B misdemeanor. As part of a plea deal, the charge was amended to an infraction and he pleaded no contest, according to court records.

The Utah Peace Officer Standards and Training Council subsequently suspended his law enforcement certification for a year, adjusting his suspension to begin in November 1999.

When the suspension ended, Butterfield returned to law enforcement, working over the next 14 years for the Spring City and Roosevelt police departments, and the Duchesne County Sheriff's Office.

Butterfield resigned from the sheriff's office in December 2010 while he was the subject of an internal investigation into alleged misconduct involving a woman, according to Sheriff David Boren. Roosevelt Police Chief Rick Harrison said he fired Butterfield in April 2013 after two women made allegations that he had acted inappropriately toward them.

In July 2014, Butterfield was hired by Myton to run its newly organized police department. He was placed on administrative leave when the criminal charges were filed in September and ultimately fired on Oct. 31. Butterfield has since relinquished his police certification, which means his law enforcement career in Utah is permanently over, according to state regulators.

Prosecutors indicated Thursday that they will likely ask for the court's approval to introduce evidence about the prior allegations against Butterfield during his upcoming trial. They also told Chiara they will not be offering Butterfield a plea deal.