MESA, Ariz. — Rob Gardner of “Lamb of God” fame has come together with two friends for a new project with a focus on covering iconic pop songs with a full orchestra, a choir and soloists.

Gardner arranged the pieces and co-produced the project with long-time friends and collaborators, brothers Drex and McKane Davis. The trio met at Westwood High School in Mesa, Arizona, and all performed together in a singing group called Two Five Nine, according to McKane Davis. They studied together at Brigham Young University and have been continually collaborating on projects ever since.

“Rob, Drex and I had a desire to work on another project and do something really audacious and big,” McKane Davis said. “We had this spark of an idea that we started exploring and pretty soon we latched onto this idea of taking iconic rock and pop songs and we grew up loving and converting them to the cinematic orchestra style that Rob is so good and gifted at producing and creating.”

The project is called Cinematic Pop, and its purpose is cover well-known and popular songs using a cinematic orchestral medium to rekindle an appreciation for the value of orchestral music, both in general and especially with younger generations. 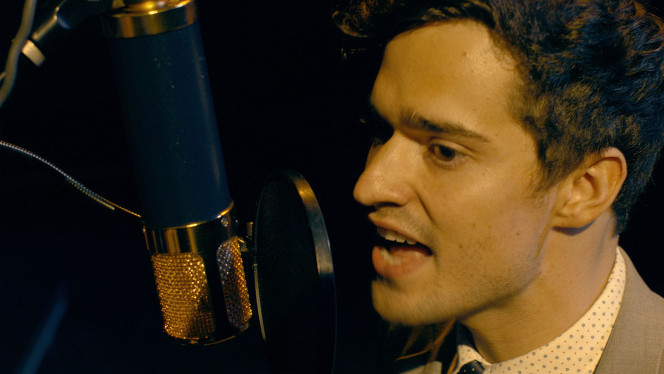 “One of our goals and passions for this project is to it bring young people, to get them excited about symphonic music, orchestral music,” Davis said. “Attendance to symphonies across the nation has been decreasing over the years, so to be able to bring the younger generation to that music and introduce it in a creative and impactful way is something that is really core to what we’re doing.”

Cinematic Pop has released two songs so far — Nirvana’s “Smells Like Teen Spirit” and Snow Patrol’s “Chasing Cars” — both grand and powerful renditions that are also nuanced and emotional.

At this point, the producers plan to release 10 videos total, but the project doesn't end with the videos. Davis said they all feel passionate about the power of experiencing live music, and they plan to take the show on the road.

“I've always felt like one of the most powerful mediums for music emotionally is the combination of choir and orchestra. A full orchestra offers so many different timbres of instruments and voices, and a huge range of dynamics, offering so many opportunities for variations of tone and color,” Gardner said in an email.

“Then you add a choir to the mix, each individual with his or her own unique voice, blending together to make one sound. Finally, add to the fact that you have over 100 human beings gathered together on stage to create something new together, and it's just breathtaking — every time. That's what we wanted to give these already well-known songs. We wanted to change their spirit without changing their soul," he said.

I don't know that I've seen anything on this scale where you have an entire orchestra where basically you strip away all of the electric guitars, all of the amplifiers, you take all of the traditional instruments away, then you put a full orchestra with a full choir and soloists. So that's sort of the scope and the scale of it.

The performance group consists of 50 orchestra members, 60 choir members and a handful of soloists, aping virtually any traditional classical orchestral performance. But one main difference, aside from song choice, is the producers chose pop soloists rather than operatic soloists to further separate their songs from similar projects they’ve seen.

“I don’t know that I’ve seen anything on this scale where you have an entire orchestra where basically you strip away all of the electric guitars, all of the amplifiers, you take all of the traditional instruments away, then you put a full orchestra with a full choir and soloists. So that’s sort of the scope and the scale of it,” Davis said.

Singer/songwriter Spencer Jones worked as a soloist on four songs with the group, and the experience has been a dream come true.

“I’d never met Rob before this. I just received an email one day that he had found my music and found my singles that I did on Facebook,” Jones said. “I could never imagine or I never could’ve dreamed that I would be a part of something like this. 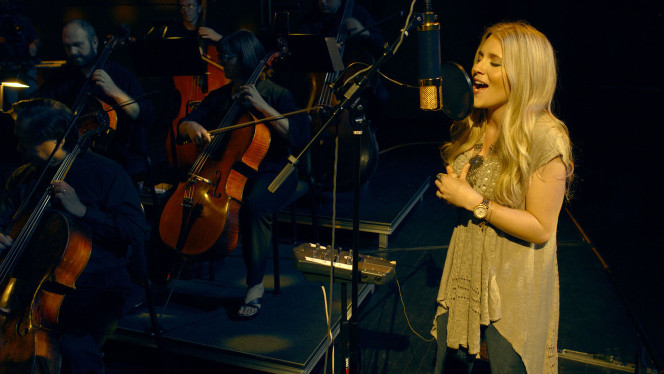 According to Davis, the early plan after all the all the videos are released is to set up a series of performances in Arizona in the fall then bring the show to Utah in the spring, but no specific dates have been set. Ultimately, the trio wants to set up shows nationwide, giving the live experience to as many people as possible.

Gardner said the project been well-received thus far with positive feedback, but continuing the project all depends on fans.

“As far as I'm concerned, whether or not we continue to build on the Cinematic Pop song list after these first 10 songs is up to the fans," Gardner said. "For me, a project is only fun as long as other people care and are passionate about it. That said, I think it would be awesome if the response allows us to create and release new songs indefinitely.”

Cinematic Pop’s next cover, Keane’s “Somewhere Only We Know,” will go live this week. A new song will be released once a week thereafter until all 10 songs are online. To keep up on video releases and tour date announcements, visit Cinematic Pop’s website.