DACHAU, Germany (AP) — It was a shocking, horrifying "beautiful day."

Survivors and liberators alike recalled on Sunday the horror of the Dachau concentration camp and the overwhelming relief of its liberation 70 years ago. German Chancellor Angela Merkel pledged to keep alive the memory of Nazi crimes and give no quarter to present-day discrimination or anti-Semitism.

Dachau, near Munich, was the first concentration camp the Nazis set up — a few weeks after Adolf Hitler took power in 1933. Before it was liberated by U.S. troops on April 29, 1945, more than 200,000 people from across Europe were held there and over 40,000 prisoners died.

"When we entered the camp exactly 70 years ago, it was a terrible shock to see how much you, the survivors, had suffered from starvation, disease, brutality and freezing conditions," Alan Lukens, who entered Dachau as a U.S. army private in 1945, said at the anniversary ceremony at the former camp.

"But we will never forget your excitement and ours as were entered the camp and were overwhelmed by you, as you hugged us and brought out a hand-sewn American flag which you had hidden for the occasion," said Lukens, who later became a U.S. diplomat.

Alongside the joy, he remembered that "SS snipers, after hanging out white surrender flags, shot several American GIs as we entered the camp."

Former prisoner Jean Samuel remembered Dachau's liberation as "the most beautiful day of my life." He described inmates from many nations welcoming the American liberators at the camp's assembly ground.

But we will never forget your excitement and ours as were entered the camp and were overwhelmed by you, as you hugged us and brought out a hand-sewn American flag which you had hidden for the occasion.

"An immense crowd acclaimed them, and by some sort of magic the flags of all the countries fluttered in the wind," Samuel said. He recalled that, after showering and being de-loused, "I felt like a living being again."

Returning to France at age 21, Samuel said he wanted to forget his experience and get on with his life. "I put Dachau in a corner of my memory," he said.

After retiring, however, he decided to speak out as "a witness of the unspeakable" and fulfill a duty to keep the memories of what happened at Dachau alive.

That duty has been underlined by the still-unsolved theft of the wrought-iron camp gate bearing the slogan "Arbeit macht frei," or "Work sets you free." A replica was put in place on Wednesday, the anniversary of the camp's liberation, ahead of the commemoration traditionally held on the Sunday following April 29.

"Incidents such as the theft last November of the former gate at the Dachau concentration camp — the central symbol of the prisoners' suffering — unfortunately dismay us time and again," Merkel said. "Incidents like this show clearly how important it is to work every day for a better future, in awareness of Germany's everlasting responsibility for the horrors of the past." 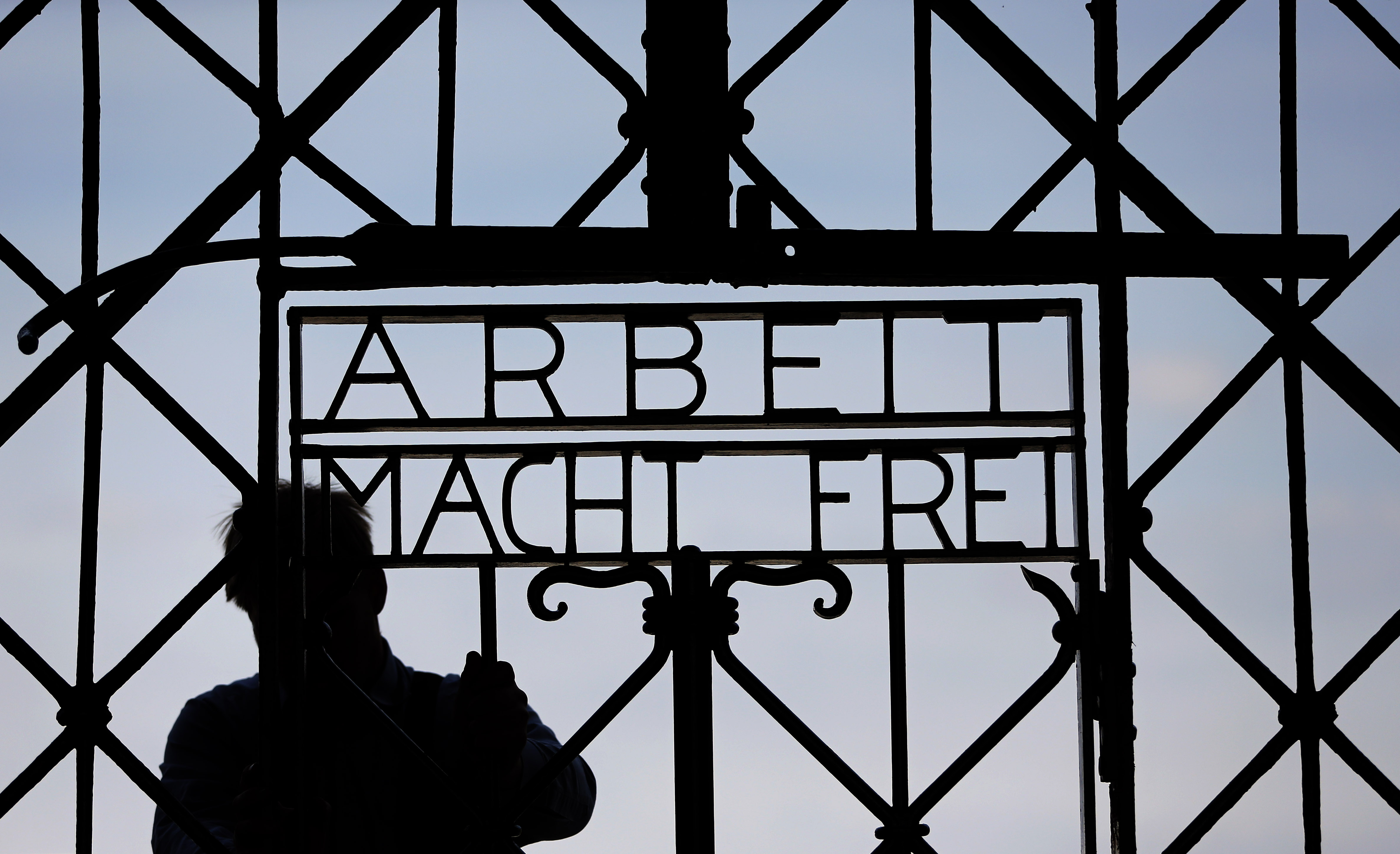 Merkel thanked survivors for sharing memories of suffering that is "beyond our imagination," which she said help young people today "connect naked numbers and data with faces, names and individual lives." And she stressed the importance of ensuring that today's youth do not turn to extremism.

All in Germany must "make unmistakably clear that Jewish life is part of our identity; that discrimination, marginalization and anti-Semitism can have no place here, that they must be fought with determination and the full force of legal means," she said.

Abba Naor, a Lithuanian-born former Dachau prisoner who now lives in Israel, was flanked by two of his great-grandchildren as he spoke at Sunday's ceremony.

"I hope that they and all the children in this world never have to experience such crimes," Naor said.

He recalled an SS guard ordering the killing of a new-born Jewish boy in December 1944 and reports that some SS commanders were "loving fathers who played with their children after they had driven thousands into the gas chambers."

"If you think the Nazis were inhuman, then you're wrong," he said. "They were humans like you and me. And that is what is so terrible."