OREM — A 27-year-old man was fatally wounded in the parking lot of an Orem grocery store Saturday morning when he was shot by a man attempting to stop him from carjacking a woman's SUV, Orem police said.

Capt. Ned Jackson of the Orem Police Department said the man who shot the would-be carjacker had a weapon and a concealed weapons permit. He had stopped at the store to purchase food en route to a planned target shooting outing.

The identity of the deceased, who earlier in the day was suspected of assaulting a woman, was not released. Police also did not release the name of the man who came to the assistance of the woman.

The man who came to the aid of the woman was described only as 31 years old. He was parked near the woman in the parking lot and overheard her screams as the would-be carjacker pulled her out of her Mercedes SUV. He ran to her aid.

"According to the citizen’s statement, the suspect starts to walk to the back of the car and lunges at him trying to grab the gun. The citizen shoots one round, shoots the suspect in the chest," he said. The shooting occurred about 11:20 a.m.

Paramedics worked on the injured man but he died at a hospital a short time later. No one else was injured during the ordeal.

Jackson said it did not appear that the man who was shot was armed but the case remained under investigation. All of the parties were interviewed at the Orem Police Department Saturday afternoon, Jackson said.

Jackson said he did not anticipate that the shooter would face charges but the investigation is ongoing.

Earlier Saturday morning, police received multiple calls regarding the man who was later shot and killed. He had reportedly assaulted a woman and was driving about Orem with two passengers.

A short time later, he reportedly stole a Ford pickup from the owner's residence. The owner gave chase in another vehicle, with Orem police attempting to chase both vehicles. 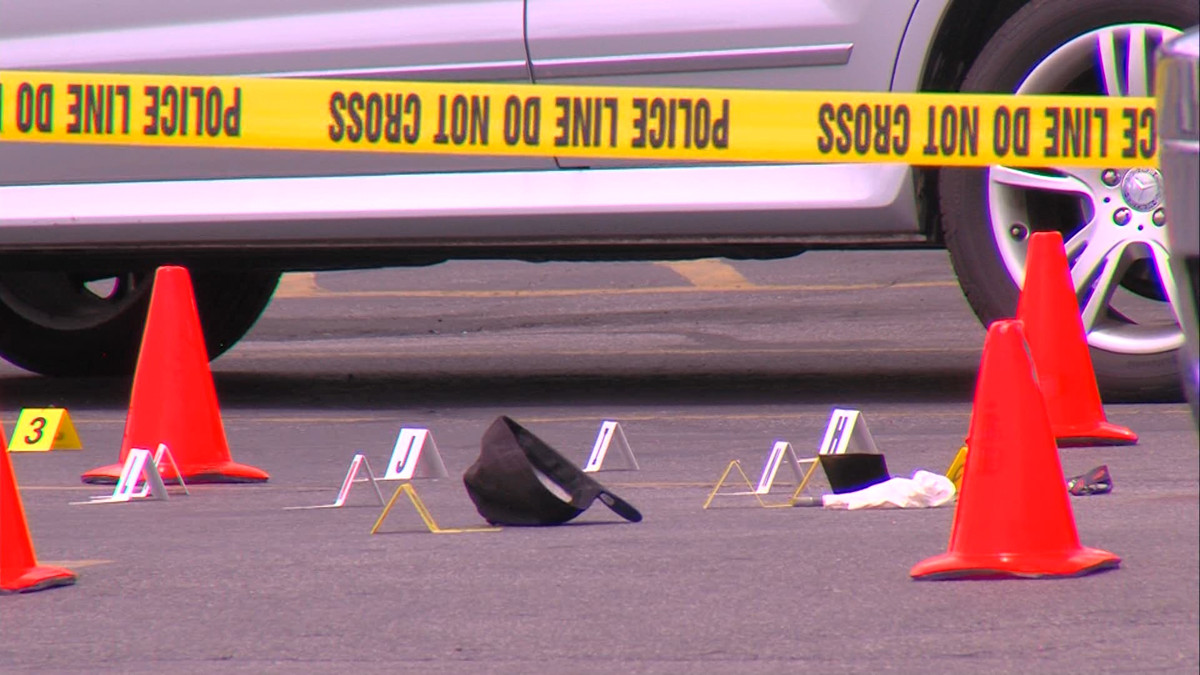 Through translator Yajaira Cruz, pickup owner Luis Zarate said a man with a bicycle approached his truck while Zarate was doing landscaping work with a crew. After noticing the man near the vehicle, he called out to him, but the man jumped into the truck and drove away leaving the bike. He said he had left the keys in the truck.

Zarate and crewmembers gave chase in Cruz’s car and called police during the pursuit. But they eventually stopped their pursuit because the passengers who had been in the man's car earlier in the day gave them his name.

The man then drove the stolen pickup into the Macey's grocery store parking lot at 880 N. State Street. From there, he exited the truck and attempted to carjack the SUV and was eventually shot, police said.

Jackson said there were several felony warrants out for the would-be carjacker.

"That may be a reason he escalated a fight to the degree that it’s gone today and stealing cars to try to get away because he has some felony warrants," he said.