In addition to the closure of I-80 from mile post 0 at the Nevada border to mile post 99, a ground stop was issued at the Salt Lake City International Airport due to the wind. Fifteen flights were diverted before the stop was lifted.

UTA said commuters should expect delays of between 30 and 40 minutes on Frontrunner and 10 minutes on TRAX due to power outages and issues with gate crossings. The TRAX crossing arms at the airport and a Woods Cross location were blown off because of the wind, according to UTA. Officials are blocking off the roads and employees are currently working to repair the damage.

There is also a power outage at the Murray Central Station, so UTA announced that for the rest of Tuesday, buses will pick up customers and drop them off in the customer parking lot.

Power outages have been reported at the following locations:

Additional power outages can be reported to Rocky Mountain Power by calling 1-877-508-5088 or visiting their website.

The Weather Channel and University of Utah Weather Center tweeted about the air quality in Salt Lake City:

3:09pm MDT - Particulate matter in the air has skyrocketed into the "Hazardous" range around #SLC due to the Utah dust storm happening now. — The Weather Channel (@weatherchannel) April 14, 2015

Temperatures are expected to continue to drop:

Local agencies and officials offered tips on how to stay safe during the storm:

Prepare your homes for power outages. Have blankets, flashlights, and food prepared. It is anticipated the winds will last until 10pm. — Todd Hixson (@toddhixson68) April 14, 2015

A fire in the Avenues neighborhood in Salt Lake City was fueled by the wind Tuesday afternoon and burned about 100 acres, according to Salt Lake fire. Ten homes near 700 North and I Street were evacuated, but the fire only caused minor damage to two homes before being extinguished. 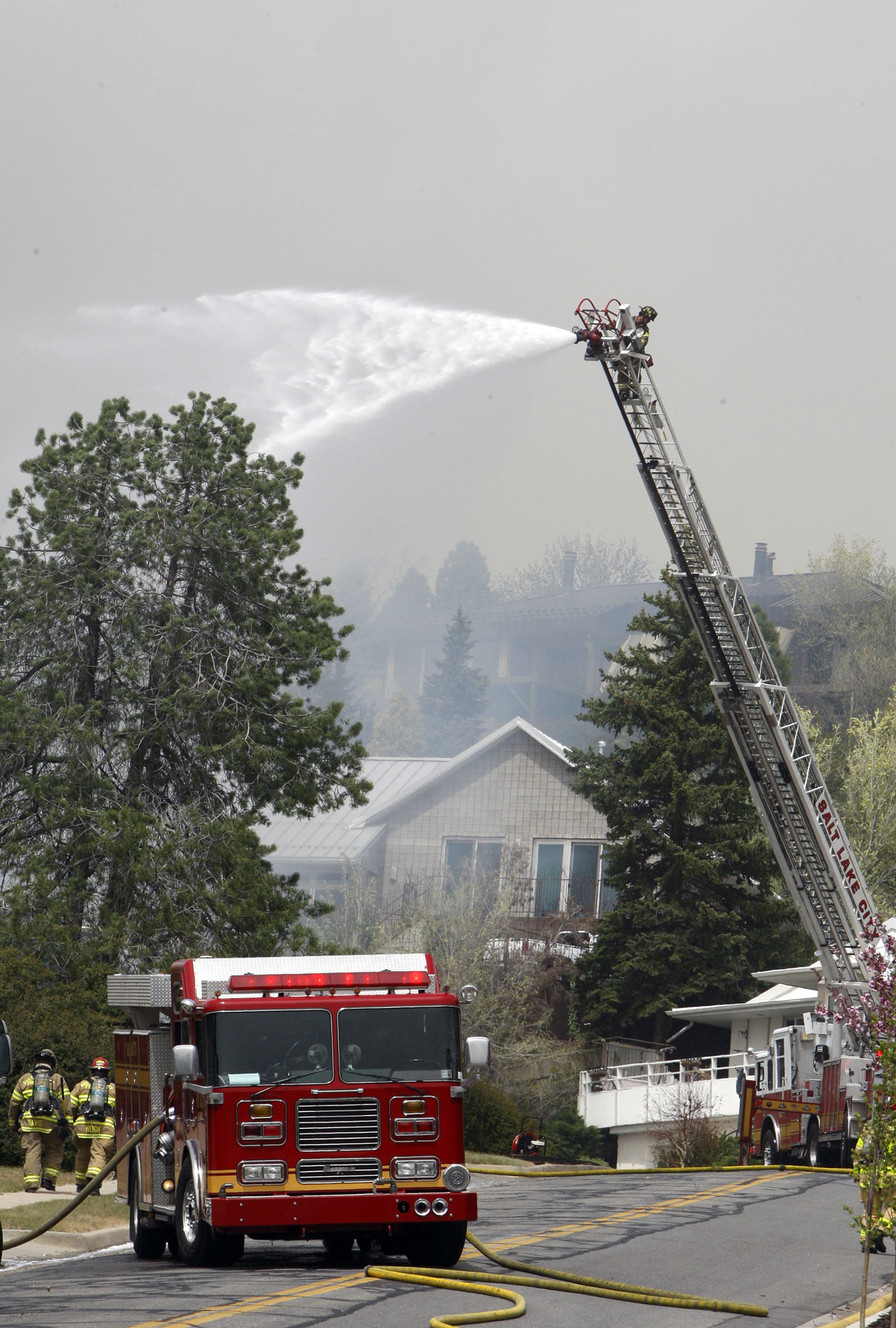