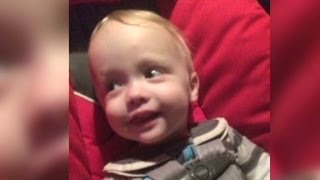 Did dad know his son was in hot car?

MARRIETA, Ga. (CNN) — As investigators in Georgia looked into the death of a 22-month-old boy left seven hours in a sweltering SUV, they seized computers from the father's office, a source with knowledge of the investigation told HLN's Nancy Grace.

The officers found something startling: an online search for information about how long it takes animals to die in hot cars, the source said.

It's unknown when the Internet search was conducted and whether the father did the searching. Police have declined comment when asked about the computer search.

The father, Justin Ross Harris, was charged with murder and second-degree child cruelty. Police in Cobb County, just outside Atlanta, have been tight- lipped and haven't said if what they found on the computer is one of the reasons they arrested Harris.

Initially, police seemed sympathetic, describing the death of Cooper Harris on June 18 as the result of tragic absentmindedness.

They said the dad had apparently forgotten the boy was in the back seat of his Hyundai Tucson; he didn't remember until he was done with his work day, drove a couple of miles, and pulled into a shopping center parking lot.

But police became suspicious as they investigated.

"The chain of events that occurred in this case does not point toward simple negligence and evidence will be presented to support this allegation," said Cobb County Police Chief John House.

A criminal warrant released Wednesday described the events that led to Cooper's death.

A timeline of events

On the day Cooper died, June 18, Harris stopped for breakfast at a fast-food restaurant and afterward strapped his son into a rear-facing child restraint seat on his SUV's backseat, police said.

He drove to his workplace, a Home Depot corporate office, about a half-mile away. He works as a Web designer there.

Normally, he would take his son to an on-site day care. But that day, police said, Harris left him in the car seat.

During his lunch break, he returned to his car, opening the driver's side door to put something inside, police said.

After work, around 4:16 p.m., the 33-year-old father got in his car and drove away. A few miles away, he stopped the car at a shopping center and called for help.

When it became clear Cooper was dead, Harris was so inconsolable police had to restrain him.

"What have I done?" he wailed as he tried to resuscitate the little boy.

Harris has pleaded not guilty to charges of murder and second-degree child cruelty. He sits in jail without bond, with an appearance before a judge scheduled for July 3.

A wave of sympathy

Each year, dozens of children die from heat strokes in cars, according to KidsandCars.org. More than 40 died last year. The organization believes its tally is incomplete and much lower than the real toll.

When police charged Harris, it triggered a wave of sympathy and a vigorous debate over whether the heartbroken father should be punished.

A change.org petition that was started urging authorities to release Harris was withdrawn Thursday, with this note explaning: "I think that based on the recent developments this petition is no longer relevant. I still pray that this was truly an accident. If that is the case, the DA now knows that the community does not want Justin prosecuted on murder charges."

Atlanta area resident Erin Krans started a second change.org petition asking prosecutors to drop the charges. It has garnered hundreds of signatures and was still operational as of 8:30 p.m. Thursday.

Another, set up at YouCaring.com, has raised more than $22,000 for the Harris family.

Contacted by CNN via e-mail, she wrote back, "No one is allowed to comment right now."

His wife's not talking

As Harris sits in jail, his wife, Leanna, would not discuss the case with the media. Harris' attorney has not returned repeated calls from CNN.

The child's cause of death was "consistent with hyperthermia and the investigative information suggests the manner of death is homicide," the Cobb County Medical Examiner's Office said, according to a Cobb County Department of Public Safety release issued Wednesday. Temperatures hit 92 degrees Fahrenheit on the day of his death.

The medical examiner's office is waiting for toxicology test results before making an official ruling as to the cause and manner of the toddler's death.

Cooper's funeral, meanwhile, will be held Saturday in Tuscaloosa, Alabama.