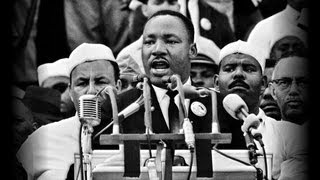 SALT LAKE CITY — Friday, April 4, is the anniversary of the assassination of Martin Luther King Jr. Known as a peaceful humanitarian who crusaded for the rights of the African-American community in the late 1960’s, King has been celebrated in many ways since his untimely death.

The first African-American to be named Time magazine’s Man of the Year, and the youngest person at the time to win the Nobel Peace Prize, his books and lectures, sermons and speeches inspired people worldwide.

He was the leader of the civil rights movement, risking his safety countless times to appear as the face of the sometimes unpopular social movement. But King’s style and demeanor made him the perfect candidate to lead the charge. His “I Have A Dream” speech on the steps of the Lincoln Memorial was attended by 250,000 people, which was one of the largest gatherings Washington, D.C., had ever seen.

He oversaw the signing of the Civil Rights Act by President Lyndon B. Johnson in 1964. Four years later, he was assassinated by James Earl Ray in Memphis, Tenn.

His death was mourned, and his life celebrated with many awards and memorials. King was posthumously awarded the Presidential Medal of Freedom by President Jimmy Carter. His birthday was designated a federal holiday in 1983, and in 2006 ground was broken on the site of the Martin Luther King Jr. National Monument. The monument, now completed, is the first on the National Mall dedicated to an African-American. King is also the only African-American to have a statue in the rotunda of the U.S. Capitol building.