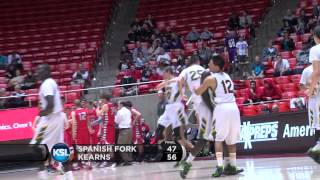 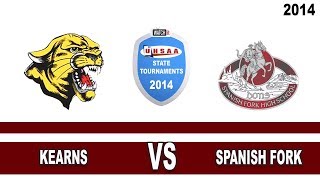 SALT LAKE CITY — The Kearns High Basketball program hasn’t won a first round playoff game since 1972. That 42-year lull came to an end Monday as Kearns defeated Spanish Fork 56-47 in the first round of the 4A State Basketball Tournament.

Senior Sunday Owda led the Cougars with 21 points on 6-of-8 shooting and 9-of-10 from the line. Bushmen Ebet was the other Kearns player to score in double figures, with 16. But it was Kearns stellar defensive effort in the second half that gave Kearns the victory.

"He always asks us, 'What's our story going to be?' I guess, we're making history right now," Owda said.

"It feels great. I don't know how to describe it. It's the first time I've ever been to the second round," Ebet said.