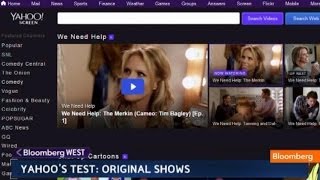 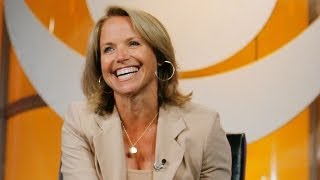 SAN FRANCISCO (AP) - Katie Couric is joining Yahoo to anchor an expansion of the Internet company's video news coverage in a move that she hopes will help persuade other broadcast TV veterans to make the transition into online programming.

Monday's announcement confirms recent published reports that Couric is hoping to attract more viewers on the Internet after spending the past 22 years working as a talk-show host and news anchor at NBC, CBS and ABC.

"I am particularly excited about hopefully attracting other people to this platform and venture," Couric said in an interview with The Associated Press. "We are in a major, transformative time in terms of media in this country."

Couric's hiring is the latest coup for Yahoo CEO Marissa Mayer as she brings in well-known journalists in an effort to create compelling content that will attract more people to the company's online services. In the past month, Yahoo has also lured away technology columnist David Pogue and political reporter Matt Bai from The New York Times.

Financial terms of Couric's contract with Yahoo weren't disclosed. She also declined to say how many more reporters will be added to her team at Yahoo.

Couric, 56, will continue to host her daytime talk show, "Katie," on ABC even after she becomes Yahoo's "global anchor" beginning early next year. She described her now role at Yahoo as a "work in progress."

"I will be involved in developing a lot of concepts, but not necessarily doing everything," Couric said. "I will be doing interviews, but not on a daily basis. Probably monthly at this point."

The Yahoo job appealed to Couric because it will give her an outlet to delve into breaking developments around the world that she regularly covered as the anchor of CBS' evening news from 2006 through 2011.

Mayer, since leaving Google Inc. to become Yahoo's CEO 16 months ago, has been trying to make Yahoo's services more alluring so people will visit them on a regular basis and dwell for longer periods. In doing so, she is hoping Yahoo will be able to sell more digital ads and boost the Sunnyvale, Calif., company's revenue, which has been lagging the overall growth of Internet marketing for years.

"News is a definitive daily habit for our users, and Katie will work with our talented editorial team to pioneer a new chapter of digital journalism," Mayer said.

Couric first became a household name as a co-host of the "Today" show on NBC from 1991 until she left to join CBS in 2006.

It remains unclear whether Couric's current talk show on ABC will be renewed after its run ends in May. Her show is drawing an average 2.17 million viewers so far this season, slightly below an average of 2.26 million viewers attracted during its inaugural season in 2012, according to the ratings firm Nielsen.

The Walt Disney Co., which produces the show, and the owned and operated stations that air the program haven't decided whether to bring back the show for a third season, said Bill Carroll, an expert on the syndication market for Katz Media. Couric also said she is trying to figure out whether she still wants to do the talk show.