Sen. Todd Weiler, R-Woods Cross, is drafting a bill called Religious Freedom for Students. He said it would protect the students and the schools.

"If a student is giving an oral report and says something about their religious beliefs, a school won't be liable for that. The door swings both ways," Weiler said.

Weiler noted that we live in a changing world, and said it's better to be proactive than reactive.

"This bill won't be reacting to anything in particular that occurred in Utah, but hopefully getting some ground rules so that we don't have anything to react to in the future."

He gave an example: "If a teacher gives an assignment that says pick a historical character and write a paper on it, if the student ... has picked a religious oriented book or a character like Martin Luther and the teacher says, 'Oh no, that's not what I meant. I meant secular, so I'm going to mark you down.' It would be protective of something like that."

He predicts the bill won't be as controversial as the ACLU or atheist groups may fear. In fact he plans to collaborate with them as he works on the bill's language.

"It's not an end-run around school prayer or in your face trying to push religion on you," he said. 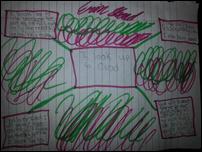 Student told not to write about God in 'regrettable misunderstanding'

A woman in Tennessee took her concerns to school after her 10-year-old daughter was not allowed to write about God for an assignment.

Weiler said a constituent contacted him after Mississippi lawmakers passed the Student Religious Liberties Act of 2013. It protects things like voluntary prayer, expression of religious beliefs in classroom assignments, and clothing or jewelry containing religious symbols or sayings.

Some called that bill unnecessary because a student's right to religious expression and prayer has been upheld by the U.S. Supreme Court.

Weiler said his bill doesn't need to go as far as Mississippi's.

"There are aspects of the Mississippi law that we've already covered," he explained, referring to things like student clubs and religious jewelry.

The Utah bill is still in the drafting stage.