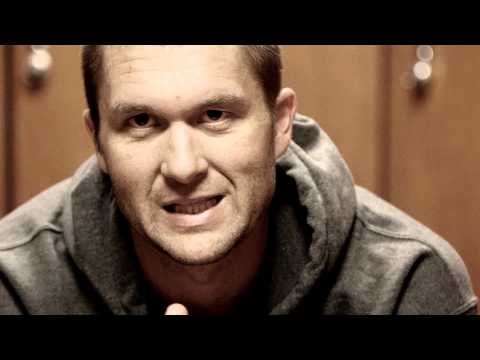 HURRICANE — On his 30th birthday, Lyle Anderson received a diagnosis that changed his life. He was told to expect chronic pain and possibly, paralysis. Wednesday, he got some other news that altered his life: that he won an entry to the Kona Ironman in Hawaii.

Anderson, of Hurricane, was diagnosed with multiple sclerosis 6 years ago. The now 36-year-old was told that, within just a few years of his diagnosis, the disease could disable him and he could end up using a wheelchair for the rest of his life. The disease that attacked his nervous system would create chronic pain, as well.

"I was seriously so blown away with how amazing the experience was," he said.

He ended up watching all the events, cheering at the finish. He was inspired. He joined some running groups and completed the Kokopelli Marathon the next fall, which he followed up with an Ironman triathlon in Boise.

Wednesday, he was announced as a winner of the Kona Inspired video contest, which allocates him one of the 1,900 slots in the 2013 Kona Ironman in Hawaii. People have reached out to help him raise about $5,500 for the trip, and now, he said, he is focusing on training.

"My biggest challenge, especially living down here in southern Utah, is the heat. I really have to listen to my body," Anderson said. "The heat can really exaggerate my symptoms and throw me into a flare-up and cause all kinds of issues. So when I feel my body overheating, I have to scale back."

He said he is just grateful that he has been able to manage his MS for so long, considering the possibilities he was given at his diagnosis.

"It's a miracle to me that I'm doing what I'm doing because I really didn't think I would ever be able to do this kind of stuff," Anderson said. "I'm just trying to enjoy it as long as I can. If I wake up after Kona and my legs don't want to work anymore, I'll be like, 'Hey you know what? It was a fun ride, enjoyed it while I could, this is where I'm at.' In the meantime I'm going to keep having fun."

The fun has its lessons, though. He has also learned the value of being proactive and trying things.

"I just feel like everyday is a gift, so take advantage of that day. Don't sit on your couch and say, 'I can't do this because of this.' Go out and prove yourself wrong and do it," Anderson said. "If you go out and try it and fall flat on your face, at least you gave it a shot. Don't let your mind dictate what you can and can't achieve."