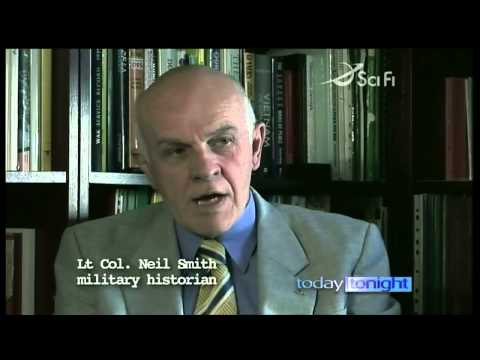 The supposed sighting of the Unidentified Flying Object near Roswell, New Mexico sparked an intense interest in extraterrestrial life and bred UFO enthusiasts and conspiracy theorists from around the globe. In commemoration of the Roswell incident, here is a list of 5 of the more publicized "UFO" sightings.

The "Roswell Incident" involved a supposed alien aircraft crash landing outside Roswell in July 1947, according to The Guardian. The incident began to gain global traction when conspiracy theorists claimed the U.S. military had captured the spaceship, but officials continued to insist that the incident was just debris recovered from a top secret surveillance balloon.

UFO enthusiasts continued to claim that the U.S. Government had covered up the incident, and London-based entrepeneur Ray Santilli said that he gathered film footage of government officials performing an autoposy on one of the aliens captured in the Roswell crash landing. The movie "Alien Autoposy" was released in 2006 as a recreation of what Santilli said were real events.

The U.S. Air Force released a 231 page report about the Roswell Crash in June 1997 to ease the conspiracy theories of aliens. The report said that the "alien bodies" reportedly seen at the crash sight were actually life-sized test dummies from the surveillance balloon.

Idaho pilot Kenneth Arnold claimed that he saw a string of nine shiny, saucer-shaped flying objects near Mount Rainier, Washington in 1947. His report coined the term "flying saucer" in the media. Arnold said the aircraft were traveling at "super sonic speeds." His sighting is considered the start of the "Modern UFO era."

In 1966, more than 200 students and teachers reported seeing a "flying saucer" descend into a grass field near two Melbourne schools in Australia. The witnesses said the spaceship then ascended over a local suburb.

There were no pictures taken of the incident, but the witnesses still continue to gather for reunions.

Over a five month period in 1990, 13,500 people claimed to have seen large, silent, black triangles with lights flying low over parts of Belgium. Around 2,600 of the individuals filed written statements testifying that they had seen the UFO's in person. The UFO sightings peaked on the night of March 30, 1990. The flying objects were reportedly tracked on radar and chased by two Belgian Air Force F-16's. The Belgian Air Force released a detailed report of the incident.

Critics explained the silent aircraft as helicopters and said that the witnesses had mass delusions as a result of eating chips with mayonnaise. Witness Patrick M. published a picture that he said he took at the incident, but in 2011, he publicly admitted that the picture was a hoax he created.

On Nov. 2, 1957, several motorists were driving near Levelland, Texas when they reported that their engines began stalling after encountering a glowing, egg-shaped object. The witnesses said their vehicles restarted after the object flew past them.

An Air Force sergeant was sent to Levelland to investigate the incident. After interviewing the witnesses and after learning that there had been thunderstorms in the area that day, the sergeant said the auto failures had been caused by a severe electrical storm.