SALT LAKE CITY — The number of Utahns going to work increased again in May.

The Utah Department of Workforce Services reported Friday that the state's nonfarm payroll employment for May 2013 grew by an estimated 2.6 percent, adding 32,600 jobs compared with May 2012 and bringing the number of people currently registered as employed statewide to nearly 1.3 million.

While continuing to add jobs, the labor market in Utah experienced the lowest rate of year-over-year growth thus far in 2013. However, the current year trend of job, employment and labor force expansion continued over the month.

The number of people employed and the overall labor force size increased, and the labor force participation rate, which measures the share of noninstitutionalized civilian population who are employed or actively seeking work, registered an increase of roughly three-tenths of a percentage point, explained Department of Workforce Services chief economist Carrie Mayne.

Despite the occasional bump, our state's economy is making strong, steady progress.

–Juliette Tennert, chief economist for the Office of Management and Budget

The number of employed individuals increased by approximately 8,700 from April to May.

Juliette Tennert, the chief economist for the Governor’s Office of Management and Budget, said the small decline in Utah’s job growth rate in May is nothing to be alarmed about.

According to the report, of the 11 industry groups observed, nine posted year-over-year employment gains. The largest improvements were in trade, transportation and utilities, which added 10,900 jobs; professional and business services, up 7,400 jobs; and leisure and hospitality, which added 4,200 jobs for the 12-month period. The natural resources and mining industry showed no change compared with May 2012, and the government sector lost approximately 5,200 jobs in that same time frame, the report stated.

In other economic news, the Governor’s Office of Management and Budget and the legislative fiscal analyst estimate that Utah will close the 2013 fiscal year that ends June 30 with a surplus of between $135 million and $195 million. 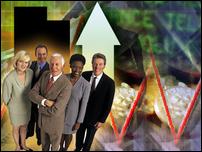 "Our anticipation of a revenue surplus is influenced by both an improving economy as well as federal tax law changes resulting in the acceleration of some income and profits into the 2012 tax year," Tennert said.

Utah statute requires the deposit of a portion of surplus revenue into the Rainy Day Fund, Disaster Recovery Fund and Industrial Assistance Fund. The remainder will be available for appropriation during the 2014 Legislature, she added.

Gov. Gary Herbert said the numbers attest to the strength of the state's economy, the dynamism of its people, the wisdom of Utah’s commitment to fiscal conservatism and free market principles.

“Our continued success in creating private-sector jobs, as well as the anticipated surplus in our general and education funds, is a testament that Utah does things the right way,” Herbert said.