SALT LAKE CITY — The founder of Facebook is paying a lot of money for a controversial ad on immigration reform that is now running in Utah.

Mark Zuckerberg has spent seven figures on the ad to get it out there, according to Business Insider. The ad is aimed at lawmakers like Sen. Orrin Hatch (R-Utah) and Sen. Marco Rubio (R-Florida).

The ad comes nearly a year after Hatch put forth an immigration bill, and Zuckerberg is using lawmakers' own words and policies to try to get them on board with a bi-partisan plan to push reform legislation forward.

One of the changes Zuckerberg's group outlines is "modifications to the guest worker program (that) must also include an increase in the number of H-1B visas to attract the world's best and the brightest workers," according to the website. Its main principles are immigration reform, education reform to produce more science, math and technology graduates, and more support for scientific research. 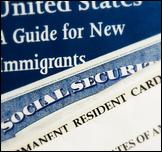 Utah business leaders want to see more visas for highly skilled, high-tech workers after the last batch of the visas vanished in just five days. H-1B visas are designated for people specialty occupations that require a higher education degree. The visas are part of the massive immigration reform bill recently unveiled by Congress.

The first ad running in Utah this week features Rubio. In the ad, Rubio makes his immigration pitch to skeptical conservative voters.

In response to the ad, Senator Hatch released a statement about Senator Rubio's legislation.

"Immigration is a problem that must be solved, but it has to be solved in the right way," reads the statement. "The legislation that the judiciary committee will soon consider, by the gang of 8, is long and has far reaching consequences that I'm examining."

The ad is also running in five other states: Florida, Texas, North Carolina, Iowa, and Kentucky.