SALT LAKE CITY — Less than an hour before, I had heard gunshots in my workplace when Channel 2 asked me this question in an interview in 1999: "Usually you cover the news; Today you're in the news. What do you think of that?"

The Triad Center just off North Temple and 300 West in Salt Lake had just been taken over by a person with a gun, who killed a woman who worked for AT&T on the Seventh floor above the newsroom.

I never really answered the reporter's question because I never thought what happened was about me. It was about everyone in 5 Triad Center that day, in fact everyone in Utah.

In light of yet another breathtaking tragedy Friday in Connecticut, and looking at people tell their stories, it occurred to me that I had also lived through a random workplace shooting — like what seems more and more people are in this country. 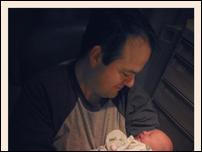 Jody Genessy: In Phoenix with the Jazz, and all I want to do is hug my kids in Utah

This spot in the Sports section is usually reserved for tidbits and blurbs about the Utah Jazz. On a day like today, writing about that seems so trivial.

I can tell you that when it happens it doesn't seem real.

It was around noon on Jan. 14 on what had been a quiet day in the newsroom. Suddenly an ear piercing noise like a steady fire alarm came from our assignment desk. It was something I had never heard before.

I went up and asked what the heck was going on. The answer was that it was the panic alarm from our front lobby.

Just then, a radio reporter came running down the hall screaming "Everyone get out of here, there's a gunman in the lobby."

My instinct was that people may need help, so I headed down the hallway.

I ran back and by then people were evacuating the building. They ran down the emergency stairs, across the street to the Delta Center where dozens of us waited and waited.

Should we just expect that such an experience is a part of our lives in America, similar to the risk of slipping and falling or being in a car accident?

Suddenly someone who had a cell phone said, "He (we didn't know it was a woman at the time) is going floor to floor."

I looked over at our building and felt numb and sick at the same time, thinking about the people who had no idea what was coming and wondering what was going on over there.

From there, we shifted into news coverage mode. I can only remember that Channel 2 interview and seeing 24-year-old De-Kieu Duythe, who was mentally ill, being brought out to a police car.

I remember talking to Chris Sleater, whose wife Anne was killed in the shooting. She had just come back to work from maternity leave after delivering the couple's baby girl. It was her first day back at work. It was one of the most difficult stories I've ever done, emotionally.

At the time, such shootings were more rare. But shortly after that another shooting happened at the Family History Library and a couple years later that horrible shooting at Trolley Square. As time goes on they're less rare and seem to happen anywhere.

Should we just expect that such an experience is a part of our lives in America, similar to the risk of slipping and falling or being in a car accident?

I'm not going to pretend to have any answers and in fact I am conflicted about the issues over gun laws.

I can say I appreciate life, family, co-workers, friends and our way of life, as fragile as it apparently is.