BRIGHAM CITY — Little ghouls and goblins fill the streets every Halloween, hunting for candy in neighborhoods around the world. But on this All Hallow's Eve, we look, in depth, at a different kind of ghost — The real ones who, if you believe, still haunt places on earth, even after death.

At the Baron Woolen Mills in Brigham City — built by the Church of Jesus Christ of Latter-day Saints in 1870 and operated privately for another 100 years — paranormal investigators hunted for ghosts. The abandoned mill is considered one of the most haunted places in Utah. "We joke that this is like the paranormal Disneyland to us," said Wasatch Paranormal Investigator Tom Carr. Wasatch Paranormal Investigators work and leads tours at the tattered old mill. The mills were designed to be a keystone of industry in Brigham City. But you could say things went terribly wrong from the beginning.

"The day they were supposed to turn on the machines, it caught on fire and burned to the ground," Carr said.

Lead investigator Russ Cook says the mills re-opened and stayed that way until 1996, but the spirits that haunt it never left. Russell Cook, who works with Carr, looks for Electronic Voice Phenomena, or sounds they believe come from spirits. In one room especially, they have supposedly recorded a lot of activity from a curious spirit named Mary. She asks, "What's going on?" in the recordings. 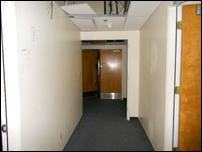 Utahns have plenty of legends and ghost stories to share.

While it's never been proven, it is widely believed in the early 1900's, she was taken to the mill, raped and murdered. Paranormal investigators believe Mary's spirit was trapped in the building until two years ago with her alleged murderer.

"We believe that the gentleman who actually committed the murder is actually still in the building," Carr said. "…We know of four deaths, four confirmed deaths in the building. A young boy was actually killed in one of the machines during the 1920's."

As their ghost hunt begins, the investigators use a variety of instruments to interact with spirits. And eventually, the instruments indicate that they interact back. The investigators ask a series of questions, determining that the ‘spirit' they're talking to is a boy who worked in the mill a century or so ago.

"You always have to look at it with a skeptical point of view, but I think that you can come away with a belief as you do some further investigations and you get more responses," said investigator Jeff Palmer.

And curiosity keeps the paranormal investigators coming back.

"And you ask a question like, ‘How many spirits haunt this place?' or, ‘Can you tell me your name?' And you capture something on there that you just can't explain," Carr said. "That, to me, is exciting."