ST. PAUL, Minn. (AP) - Gun-rights groups perceive President Barack Obama as a threat to unfettered access to firearms. They once had qualms about Mitt Romney, too.

But times and circumstances have changed for Romney, the GOP presidential nominee now in tune with the National Rifle Association and similar organizations, whose members are motivated voters.

In the tight White House race, every bit of support helps, especially in the most closely contested states and particularly from groups that claim millions of members nationwide.

Romney's prior embrace of weapon-control proposals had put him crossways with the NRA and others. These days, Romney is on their good side by opposing renewal of a federal ban on semiautomatic weapons, additional regulations on gun shows and suggested federal gun registration requirements.

Romney and his allies underscore his hands-off stance when it comes to guns, and say he would move to open more public land to hunting. They also promote the bona fides of running mate Paul Ryan, who has a permit for just about every season in Wisconsin, his home state.

The Obama campaign emphasizes steps by his administration to promote habitat conservation, set aside land and preserve access to land used for recreation. 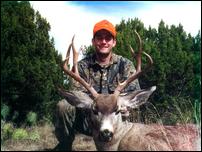 Gun-rights groups perceive President Barack Obama as a threat to unfettered access to firearms. They once had qualms about Mitt Romney, too

Supporters point to Obama's "American Great Outdoors Initiative" to coordinate conservation and natural resource efforts in all 50 states, whether it's restoring wetlands in Iowa's duck-rich Prairie Pothole Region or filtering phosphorous harmful to fish and fowl in Grand Lake St. Marys in Ohio.

For Obama, minimizing Romney's apparent advantage among voters who place a premium on outdoors issues is the name of the game.

Obama's campaign highlights a law he signed in his first year as president that allows people with weapons permits to bring loaded guns into national parks and wildlife refuges. The change drew rebukes from gun-control advocates.

Visit NBCNews.com for breaking news, world news, and news about the economy