TAMPA, Fla. — No more sitting in the cheap seats for Utah's delegation to the Republican National Convention.

After years of being relegated to the back of the hall at past conventions, the state's connection to GOP presidential nominee Mitt Romney has paid off with seats only about a dozen rows back from the stage.

"It's the best it's ever been," state GOP Chairman Thomas Wright said.

He said Utah's delegation is behind only Wisconsin and Illinois, just to the left of where Romney will become the first Mormon presidential candidate from a major political party on Thursday night.

Four years ago, Utahns were squeezed between delegates from the Northern Mariana Islands and the CNN broadcast booth when Republicans put Arizona Sen. John McCain at the top of the ticket during their convention in St. Paul, Minn.

Everyone knows and has an opinion on Obama at this point. So the variable is Romney.

Utah Delegate and Hinckley Institute of Politics director Kirk Jowers says that this is an especially crucial time for Romney to win supporters, as he looks to topple President Barack Obama.

With the stage set for Romney at the convention — though he won't arrive until mid-week — the build-up surrounding his Thursday night acceptance speech has already started.

"Everyone knows and has an opinion on Obama at this point," Jowers said. "So the variable is Romney. It's growing, but this is really the time when they decide, 'do we love him? Is he competent?' and if the convention goes well, all those answers should be there."

And his Utah ties may serve him well. Congressman Jason Chaffets is set to address the convention delegates Monday.

"I hope people pay attention to the message they have, it will be one of substance, but they'll also make the country proud," Chaffetz said. 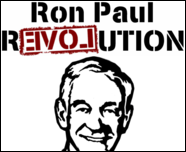 Notes from RNC: Ron Paul's rally for the future

The Ron Paul rally has concluded and I must say I'm impressed with the supporters who travel throughout the United States to hear him speak. It's a completely different experience watching Paul of 2008 to the Paul of 2012.

"I'm humbled certainly," she said. "I think it's a good way to represent Utah's voice and let them know what our values are and say that to the country."

With a planned trip Monday to the LDS cattle ranch in central Florida cancelled because of the severe weather expected as Tropical Storm Isaac moves through the area, Utah's GOP delegates have scheduled a second service project.

Wright said delegates will gather in their hotel to assemble some 1,000 hygiene kits with help from local church officials.

"It's a good activity for everyone. There's going to be a lot of weather, and they don't want people moving around," he said. "And it's a team-builder."

The project is in addition to the back-to-school kits for area students that the delegation is scheduled to put together later in the week.

There may be a few surprise guests at the delegation's first breakfast meeting Monday.

Josh Romney, one of Mitt Romney's five sons, is expected to make an appearance. A planned appearance by former White House press secretary Ari Fleischer, who served under President George W. Bush, was cancelled due to the weather.

Seeing a Romney son, of course, is not a novelty for Utah Republicans. Josh Romney, who lives in Millcreek and briefly considered running for office in Utah, is a member of the delegation.