SALT LAKE CITY — Lawmakers voted in a special session of the Legislature Wednesday to add 90 new restaurant liquor licenses and strengthen the state's efforts to curb both underage drinking and drunk driving.

HB4001, which also would delay a law set to take effect July 1 that permits the private sale of liquor licenses, had only minimal opposition in the House and Senate. It now goes to Gov. Gary Herbert for his action.

The bill's sponsor, Sen. John Valentine, R-Orem, said it struck a "fair balance" by increasing the number of licenses available by 10 percent while raising fees by the same amount to pay for increased enforcement.

No restaurant licenses have been available from the state Department of Alcoholic Beverage Control for several months. Currently, there are more than 30 restaurants with license applications pending, including several out-of-state chains eager to expand in Utah.

Discussion behind the decision

The fix is seen as a temporary stopgap that will allow the 2013 Legislature to take a closer look at the population-based quota system for licenses as well as whether they should be sold privately.

Valentine said he has been discussing the legislation for weeks with representatives of various groups with an interest in the state's liquor laws, including The Church of Jesus Christ of Latter-day Saints, which teaches its members to abstain from alcohol.

&#8220;The church&#8217;s position on alcohol is based on concerns about underage drinking, drunk driving, and over-consumption. We felt this legislation addressed those concerns and we did not oppose it.&#8221; -Scott Trotter, LDS Church spokesman

In a statement issued after the session ended, church spokesman Scott Trotter said, “The church’s position on alcohol is based on concerns about underage drinking, drunk driving, and over-consumption. We felt this legislation addressed those concerns and we did not oppose it.”

The Utah Restaurant Association backed the bill during its hearing before the Business and Labor Interim Committee earlier in the day.

"Even in economic hard times, we can agree to 10 percent or whatever it takes to allow the restaurant industry to continue to grow," Melva Sine, the association's president, told the committee.

Sine said restaurants are the best place for drinkers to imbibe because they are likely to also have a meal. The law requires that at least 70 percent of sales at restaurants with liquor licenses come from food.

The bill adjusts the quota system to add 50 full-service restaurant licenses that permit all types of alcohol to be sold and 40 limited-service licenses for beer and wine sales only.

Senate President Michael Waddoups, R-Taylorsville, raised concerns Wednesday about underage drinking in restaurants. He cited statistics that show restaurants were responsible for nearly two-thirds of the recent violations for sales to minors.

"It's a harmful product," Waddoups said of alcohol. "If we make it easier to drink, people drink more. And if people drink more, we have more alcohol-related problems. It's as simple as that."

But a committee member, Rep. Brian Doughty, D-Salt Lake, said the actual number of liquor sales to minors at restaurants, about 40 over 18 months, was "a very minimal number." Doughty said he didn’t disagree with the need for more enforcement but said he didn’t see it as "an overwhelming problem."

Jaynie Brown of Mothers Against Drunk Driving told the committee the bill didn’t go far enough and should have required an environmental impact statement measuring the social costs of more licenses and warned of a "willy-nilly" approach to increase access to alcohol.

There was no debate over the bill in the Senate, where it passed with only Sen. Margaret Dayton, R-Orem, opposed.

In the House, the bill was approved 57-10 after about 30 minutes of debate, including a failed attempt to strip out the license fee increase. Rep. Fred Cox, R-West Valley City, said he was trying to protect restaurants struggling to stay open. 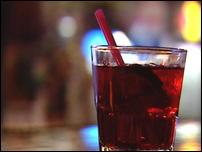 Lawmakers will consider increasing the state's quota for restaurant liquor licenses Wednesday to make up for a shortfall that has stymied business growth in some areas.

"We are asking them to pay more money just so we can provide additional competition for them," Cox said.

Rep. Jack Draxler, R-North Logan, said liquor laws should not be tied to economic development. "The purpose of our alcohol policy cannot just be to attract restaurants to our state," he said.

Another House member, Rep. Jim Nielson, R-Bountiful, questioned why it was necessary to put the law allowing licenses to be privately sold on hold for a year rather than allowing the free market to determine their worth.

The bill's House sponsor, Rep. Gage Froerer, R-Huntsville, said under the current situation, the price for licenses would be artificially high. He said in New Jersey, the price tag for a liquor license is $3 million.

"What we have now is an opportunity to have a total free-for-all or what I call a train wreck," Froerer told members of the House GOP caucus.

While the change to the state's liquor law, seldom done in a special session, was the focus of attention Wednesday, lawmakers also made technical fixes to bills passed last session and dealt with a $25 million shortfall in education funding.

They also voted to take a non-binding question off the November ballot about support for a tax increase for the arts, parks and recreation. Supporters of the ZAP tax question said it was being confused with other issues, including a $140 million park bond issue in Salt Lake County.