SALT LAKE CITY — The mother of his two victims will testify tomorrow on what punishment should be handed down to convicted voyeur Steven Powell.

His estranged daughter is calling for a long sentence — not just for the little girls next door, but for Susan Cox Powell. There is also new pressure to get Powell to release information in her disappearance.

"There's nothing like this case," Bremner said. "I mean, it's just the most horrific, tragic, upsetting case I think that any of us have ever seen." 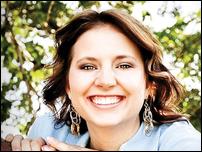 Books in the works about Susan Powell case

Big-name authors are lining up to write books about the Susan Powell story. A handful of books are already in the works.

While the mother of the girls — who are now ages 13 and 15 — delivers a statement of how her daughters were affected, Bremner also plans to serve Powell with a lawsuit.

"Unless the jail guards stop me," Bremner said in a phone interview with KSL NewsRadio. "I have to talk with them in advance because they're very security conscious and they may not let me do it."

Bremner is now suing Powell to obtain Pierce County, Wash., investigative records related to last summer's police raid and February's fire — where Josh attacked his two boys with a hatchet and then set the rental home they were in on fire.

The Cox family hopes the records will yield more answers in Susan's disappearance.

As for Steven Powell's sentencing, estranged daughter Jennifer Graves said she hopes her father will be met with a harsh sentence.

Best-case scenario for us, he walks tomorrow with 12 months probation.

"Hopefully they will go with the higher sentence," Graves said.

Prosecutors are expected to argue for a 10-year sentence, citing the egregious nature of the case.

Defense attorneys are expected to argue for one year behind bars and contend a 10-year stint is almost the length of a second-degree murder sentence. They plan to make their case that Powell's offenses were "unranked" — or less legally severe crimes — when he committed them in 2006.

But prosecutor Grant Blinn believes the case warrants a much stiffer sentence.

"What's significant to me is not just the number of counts he was convicted of, but also the fact that he's never taken any responsibility," Blinn said Thursday.

Graves said she wants her dad to pay for the voyeurism, plus extra for any role he may have played in Susan's disappearance.

I guess what goes around comes around. You want to dish it out, you're gonna get it in the end.

"I guess what goes around comes around," Graves said. "You want to dish it out, you're gonna get it in the end."

Salt Lake City attorney and legal analyst Greg Skordas said the defense will likely continue to do what it can to separate Powell's crimes from Susan's disappearance.

"Let's look at this as a person who's got no prior criminal history, who clearly made a mistake," Skordas said.

One thing is not negotiable in sentencing. Powell will be listed as a registered sex offender for 10 years. His name will be posted online after the end of his prison term, however long it is.

"He will serve some time, and that will give the West Valley Police Department and others time to pursue Susan's case as well," Graves said.

A jury convicted Powell — the father-in-law of missing West Valley City mother Susan Cox Powell — of 14 counts of voyeurism on May 16.

Although Powell has the option of addressing the judge before he is sentenced, Currie said he has advised his client not to say anything because of a number of planned appeals, including a challenge of the search warrant that allowed officers into Powell's home. Ultimately, Currie said, it will be Powell's decision whether to say anything.