South Mountain L.C. and Gem/Group Estates Management Inc., both owned by Japanese businessman Yoshimitsu Mugishima, filed the complaint Thursday in 3rd District Court. It centers on several apparently unauthorized money transfers Diehl made after a land transaction between the firms and Draper City.

In 1993, Diehl and a partner were seeking financing for several South Mountain real estate projects. Mugishima invested in the project and in 1997 bought South Mountain, divesting Diehl and his partner of any ownership, the lawsuit says. In 2007, Mugishima named Diehl president of his U.S. entities, though without any equity interest in the companies.

In 2009, South Mountain and GEM were involved in a $5.5 million sale and exchange of property with Draper.

Diehl, according to the lawsuit, told Mugishima that $1 million of that transaction would be in the form of a note Draper would pay by June 2010. Unbeknownst to Mugishima, Draper paid the note before the end of 2009 and the proceeds were transferred to South Mountain.

Sometime between September and December 2009, Diehl transferred $1.2 million belonging to South Mountain and $525,000 belonging to GEM into an account controlled by his company Wasatch Pacific, the lawsuit says. 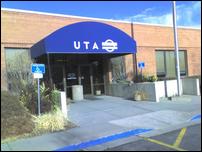 Former UTA board member made 'millions' on Draper land deal

One question went unanswered in the still simmering conflict-of-interest finding against a former Utah Transit Authority board member involved in a land deal near a controversial rail stop: How much did he make?

In "an apparent attempt to cover his tracks, defendant Diehl quietly" placed two promissory notes for the money in South Mountain and GEM corporate files.

During June 2010 meeting with Mugishima and his son in Salt Lake City, Diehl admitted he took the proceeds from the Draper transaction and put them in a California retirement fund to earn a better interest rate. According to the complaint, Mugishima did not authorize the money transfers.

Diehl, the lawsuit says, promised in November 2010 to return the money but never did.

Mugishima sent Diehl a letter in July 2011 terminating him as president of the U.S. entities and demanding he return the missing money.

In August 2011, a Salt Lake accountant Mugishima hired to audit South Mountain's books found Diehl took another $235,000 earlier that year, placed a promissory note in the corporate file and put the money in a Wasatch Pacific account, according to the lawsuit. In addition, the accountant noted a $20,521 check for a "management fee" was transferred to Wasatch Pacific.

While collecting documents at Diehl's South Mountain office, the accountant said Diehl acknowledged transferring the money and said he intended to pay Mugishima from his share of the recent sale of land in Draper to eBay, the lawsuit says.

Attorneys for both parties were not immediately available for comment.

Diehl was an influential member of the UTA board until resigning in May amid allegations of impropriety regarding a land deal near a future FrontRunner stop in Draper. Last December, the Legislative Auditor General's Office found Diehl had a conflict of interest and was compensated as much as $24 million. The Utah Attorney General's Office continues to investigate the matter for possible criminal charges.