Stephen Angel Lopez, 19, was shot to death after a fight broke out at the Arbat Reception Hall, 375 E. 3300 South, late Saturday. Five others were hospitalized after either being shot, stabbed or injured while trying to flee in a vehicle and crashing.

A sixth person was taken to the hospital after having labor pains.

Of the two gunshot victims who were transported to the hospital, an 18-year-old male was expected to be released from the hospital Monday and a 19-year-old man was released Sunday.

Both the women taken to the hospital for the car accident and labor pains, aged 36 and 18, were released. 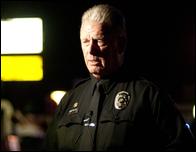 One dead after shooting at S. Salt Lake reception center

One man was killed and six others hospitalized, at least in very critical condition, following a gang-related melee late Saturday at a reception center.

Multiple police agencies responded at 11:21 p.m. Saturday to a report of shots fired. Police on Monday corrected information they had previously released and said there were no shots fired inside the reception hall.

Unified police on Monday confirmed one of their off- duty officers heard the gunshots and responded to the area. Police have not said if the officer was armed or actively engaged any of the people at the reception hall. Lt. Justin Hoyal said the officer was placed on paid administrative leave pending an investigation.

Investigators Sunday said everyone involved in the incident had gang ties. About a dozen people were questioned but police said they have received little cooperation.

No arrests had been made as of Monday afternoon.

A check of Utah court records shows Lopez was found guilty of assault resulting in substantial bodily injury in 2010, a 3rd degree felony. He was placed on "zero tolerance probation," which included having no contact with known gang members, according to court documents.

He failed to comply with his probation, however, and was sentenced to serve 180 days in jail in May.

In February and April, Lopez was charged with felony graffiti, according to court documents. Both cases were later dismissed. Also in February, he plead guilty to a minor in possession of alcohol.