"No question about it," he said. "We're much further ahead right now in Day 1 than we were on Day 1 last year. There's no doubt about that."

"Just sheer repetition," Whittingham explained. "(It) gives you an advantage there."

The system was tweaked a bit last year when Aaron Roderick, Dave Schramm and Kalani Sitake became coordinators following the departures of Andy Ludwig and Gary Andersen. Having a season under their belts, Whittingham noted, is beneficial.

Although the first practice was just a two-hour session in helmets and shorts, the Utes feel like they're hitting the ground running.

"Definitely," said sophomore quarterback Jordan Wynn, who added that the Utes had a great summer in terms of conditioning and preparation. "I feel we just hit it right where we need to be."

As such, opening day went well.

"It was a good first practice," Wynn continued. "Obviously, you've got a lot of work to do the first day of camp, but I feel pretty solid about it. Offensively, I think we had a pretty good day."

"It went well. Guys were flying around," said junior cornerback Brandon Burton. "... So far, so good. The defense will be great this year, and the offense is looking real good." 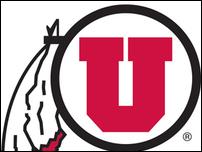 Your source for everything about the Utes

"I think it went really well. A lot of the guys kind of knew what to expect," he said. "Some new guys were sucking wind a little bit, but that's totally natural. But all the veterans, for sure, were out there doing good things."

After practice, Whittingham said that all the "guys you expect to be sharp, were sharp."

Another Utah newcomer, highly touted left tackle John Cullen, said his first practice was "eye-opening" and "definitely not junior college." He couldn't recall ever taking that many reps in a practice.

"It was good. It was great to finally get out here and get the rust off. I haven't really, really done football stuff at that speed and that kind of level in eight months since I've signed," Cullen said. "So it was good to get out here, get back taking some pass sets, moving around. So I'm hoping these first two days shake the rust off and get back to the whole form."

While working through the NCAA-mandated acclimatization period, the Utes will once again practice in helmets and shorts on Friday. The first day in full pads is Tuesday, with the initial two-a-day set for Aug. 11.

Despite the road ahead, Taylor acknowledged the Utes are just happy to finally get back on the field again. They open the season Sept. 2 at Rice-Eccles Stadium against Pittsburgh.

"We've all been pretty antsy," he said "With everything going on and opening up with Pitt at home, we are definitely jazzed and you can see it on the field."